Warning: Use of undefined constant wp_cumulus_widget - assumed 'wp_cumulus_widget' (this will throw an Error in a future version of PHP) in /home/customer/www/whatifpost.com/public_html/wp-content/plugins/wp-cumulus/wp-cumulus.php on line 375
 What do the midterm results mean for health reform?
≡ Menu

What do the midterm results mean for health reform? 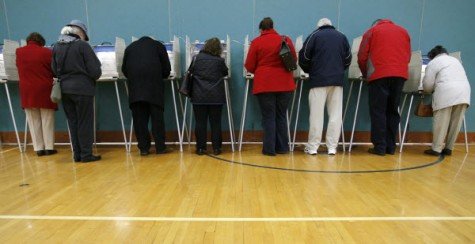 Republicans scored a major victory last Tuesday, picking up 60 seats in the House, six seats in the Senate, at least 9 governors’ mansions, and control of 19 state legislatures.  So what does this “shellacking” (as President Obama put it) mean for health reform?

The answer, at least for now, is not much.  New House Majority Leader John Boehner (R-OH) has promised that Republicans will “repeal and replace” the health reform law.  However, the chances of that happening are “virtually nil” as one brokerage firm’s health care strategist put it.  Here’s why.

Reason 1: Democrats still have control of the Senate and the Presidency
Michael Cannon, director of health policy studies for the libertarian Cato Institute, admits:

“Republicans cannot repeal Obamacare with President Obama wielding the veto pen.  I mean that’s not within a set of possible outcomes.”

Republicans know this, and they have another plan.  If they can’t repeal the new law they’ve said they’ll try to block the funding needed to implement it.  John Boehner told the Cincinnati Enquirer

“They’ll get not one dime from us.  Not a dime. There is no fixing this.”

But again, in order to withhold funding they’d have to pass budget legislation, which the President can also veto.  If the Republicans and the President can’t agree on a budget, it could force a temporary government shutdown (which happened once during Clinton’s presidency).  This option makes both parties look bad, and it seems unlikely that Republicans will go so far to repeal reform (for reasons we’ll get into in a second).

Historically though, odds aren’t on the Republicans’ side.  According to congressional scholar Thomas Mann, of the Brookings Institution:

“I can’t come up with an example of a major policy initiative, passed with controversy, that in a period of divided party government the party [that was] opposed managed to disable.”

Reason 2: Parts of health reform are extremely popular
Public opinion on health reform as a whole has been mixed, but many individual provisions have strong public support.  Repealing reform entirely would mean, for example, allowing insurance companies to deny coverage based on pre-existing conditions– something the public is very much opposed to.

Instead Republicans have said that they’ll take aim at more unpopular provisions, like the individual mandate.  Not so fast, says Norm Ornstein, a political scientist at the conservative American Enterprise Institute. He spoke with PBS news:

Many of the provisions in the law are interrelated in complex ways.   For example, it’s difficult to keep the no-preexisting-condition-exclusions clause without dramatically expanding the pool of people who have health insurance, he says. If you do, more people who are seriously ill will sign up for insurance without a corresponding increase in healthy people — a financially unsustainable situation for insurance companies. That’s what the individual mandate was designed to address.

“There aren’t all that many provisions you can parse out individually,” Ornstein says.

Reason 3: Republicans don’t have an alternative plan
Repealing and replacing health reform would leave us with the status quo, which I think we can all agree sucks.  Tens of millions of Americans would be left without health care and costs would continue to skyrocket.

Republicans did release their own bill, which the CBO scored.  Here’s the Washington Post’s Ezra Klein last November, looking at the CBO’s analysis of the Republican bill:

The Democratic bill, in other words, covers 12 times as many people and saves $36 billion more than the Republican plan. And amazingly, the Democratic bill has already been through three committees and a merger process. It’s already been shown to interest groups and advocacy organizations and industry stakeholders. It’s already made its compromises with reality. It’s already been through the legislative sausage grinder. And yet it saves more money and covers more people than the blank-slate alternative proposed by John Boehner and the House Republicans. The Democrats, constrained by reality, produced a far better plan than Boehner, who was constrained solely by his political imagination and legislative skill.

Another Republican Congressman, Paul Ryan, has proposed a budget ending Medicare as we know it, and replacing it with a voucher program.  Seniors do not like this idea.

Which is why you didn’t hear the Republicans saying much about their own plan for health care reform – instead they just say “no” to whatever Democrats propose.

A couple things about those numbers though.  First, a disproportionate number of senior citizens voted in this year’s midterms.  A much higher percentage of young people support the new law, but they don’t turn out for midterms in very high numbers.  Most polls put the percentage in favor of repeal around 41%.

Second, regardless of age,the numbers change when the pollsters ask follow up questions.  The New Republic’s Jonathan Cohn explains:

“The individual features of reform, like prohibitions on denying coverage to people with pre-existing conditions or helping seniors pay for prescription drugs, remain wildly popular. When you tell people that repeal would mean giving up these features, as it necessarily would, support for repeal falls. In a recent CBS/New York Times poll, the proportion of respondents favoring repeal fell from 41 to 25 percent.”

What can the Republicans do?

One thing that Republicans could certainly do if they gained control of Congress, both Mann and Ornstein say, is to gum up the works for the administration — issuing subpoenas, calling federal officials to testify on Capitol Hill, and generally distracting the people charged with implementing the law.

“They can torture the administration with hearings,” says Mann.

Next post: Will “Empowering States to Innovate” empower single payer?