Warning: Use of undefined constant wp_cumulus_widget - assumed 'wp_cumulus_widget' (this will throw an Error in a future version of PHP) in /home/customer/www/whatifpost.com/public_html/wp-content/plugins/wp-cumulus/wp-cumulus.php on line 375
 Think you can’t afford Obamacare coverage? Here are 3 reasons to fill out the application anyways
≡ Menu

Think you can’t afford Obamacare coverage? Here are 3 reasons to fill out the application anyways 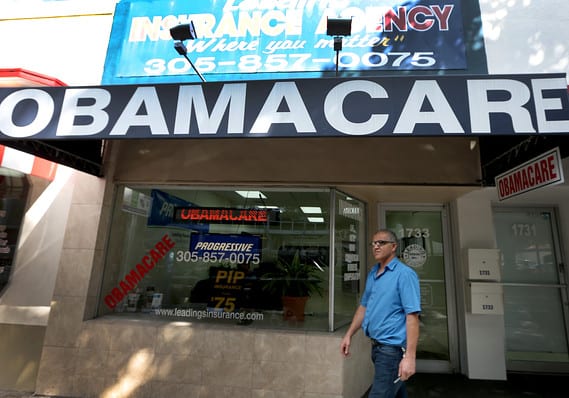 The first open enrollment period for Obamacare ends on March 31, just over two weeks from now, and the White House says it will not be extending the deadline. We’ve talked to a number of people who tell us they won’t be filling out the Obamacare application this time around: some figure their incomes are too low, and they live in a state that hasn’t expanded Medicaid; others just assume they won’t find anything affordable and would rather pay the $95 penalty; and others say they didn’t see any options that looked good. Here are three reasons they might want to reconsider.

1. Skipping health coverage could cost you a lot more than $95

According to a survey from the Urban Institute, only 38% of the uninsured know that there’s any penalty for not having insurance, and many of those who are aware think it’s only $95 for everyone. In fact, the penalty is $95 per person or 1% of income, whichever is higher. Here’s how the individual mandate actually works:

The 1% of income penalty (if it applies):

There are a bunch of possible exemptions to the penalty though. If your income is below the tax-filing threshold ($10,000 for a single person) or if the cheapest plan would cost more than 8% of your income, you don’t have to pay it. If you had a financial hardship, like being homeless, having your utilities turned off, eviction, medical expenses you couldn’t pay, or the death of a close family member, again, you don’t have to pay. [Those are just a few examples– the complete list of things that exempt you from paying the penalty is here on healthcare.gov.]

The possibility of avoiding the penalty isn’t the reason to fill out the Obamacare application though– you can simply claim the exemption when you file your taxes next year. The real reason to apply now is that if you qualify for a hardship exemption, you become eligible for a cheaper catastrophic plan on the Obamacare marketplace. Normally, only those who are under 30 years old can purchase these plans.

2. Even if you don’t think you can afford coverage now, you may be able to get coverage later if your income changes

Like we said up top, after March 31 most people won’t be able to purchase coverage on the Obamacare marketplaces until the next open enrollment period starts in November. The reason there’s only a short window to apply is to keep people from waiting until the moment they get sick to buy insurance (no insurance system could survive if people did that).

However, there is one exception: if you have a major life event you could qualify for a “special enrollment period” where you’ll have 60 days after the event to get coverage. Examples of major life events include getting married, having a baby, moving to a new area, losing other health coverage, or– and this is the important one for this section– a change in income.

The catch is that you only qualify for a special enrollment period based after an income change if you already had marketplace coverage. To get around that, you need an exemption says the advocacy group FamiliesUSA:

Which means that if you think your circumstances might change between now and November 15, you should fill out the Obamacare application so you can get an exemption. You can get an exemption for any of the reasons we mentioned earlier (and remember the full list is here), but it could be particularly important for those living in states that didn’t expand Medicaid.

A study published in the journal Health Affairs found that “changes in income and family circumstances are likely to produce frequent transitions in eligibility for Medicaid and health insurance Marketplace coverage for low- and middle-income adults.” According to the study, this “churning” varies from state to state, but in every state at least 40% of adults that qualify for Medicaid or subsidized Obamacare coverage will experience an eligibility change within a year. So there’s a good chance that many low income Americans living in states that didn’t expand Medicaid will see their incomes jump high enough to qualify for subsidized private coverage, but they’ll only be able to buy that coverage if they get an exemption before then.

3. You might be eligible for a better deal than you think

It’s been surprising how many people we’ve talked to who are eligible for much better deals than they originally thought. Some simply hadn’t even logged onto the marketplace to check, while others didn’t fully understand the options on the exchange (as we’ve said before, buying insurance is crazy complicated).

Take Julie Boonstra, a cancer patient who was featured in an anti-Obamacare ad from the pro-GOP group Americans for Prosperity. Boonstra suggested that she had lost her “wonderful doctor” when she could in fact keep that doctor under her new plan. She claimed that her Obamacare was unaffordable when in reality her new plan– including the maximum out-of-pocket costs– is $1,200 a year cheaper, and that’s without even considering her old plan’s out-of-pocket costs. Her response, in an interview with Fox News was that “it can’t be true.” But it was.

For most people it may help to sit down with a professional to help sort through your options. Time Magazine’s Steven Brill, who’s done some of the best healthcare reporting we’ve seen, writes:

Free health insurance “navigators” are available across the country– they aren’t allowed to recommend particular plans, but they can help explain your options. You can find a list of navigators in your area here.

Next post: A closer look at Obamacare’s new rules for insurance plans

Previous post: Another Obamacare delay (that will likely have little impact, but is getting a lot of attention anyways)