Warning: Use of undefined constant wp_cumulus_widget - assumed 'wp_cumulus_widget' (this will throw an Error in a future version of PHP) in /home/customer/www/whatifpost.com/public_html/wp-content/plugins/wp-cumulus/wp-cumulus.php on line 375
 The Health of the Union, 2014
≡ Menu 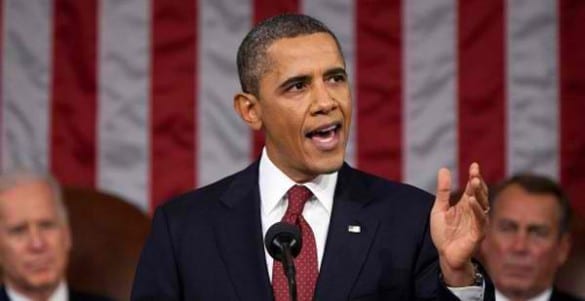 President Obama gave his fifth State of the Union address on Tuesday, and like last year, healthcare wasn’t a major focus, but he did manage to pack a lot of info into a few minutes. So once again it’s time for our annual State of the Union healthcare fact check and analysis! Also, this year we’re taking a look at what the official Republican response had to say about healthcare too. Let’s get right to it!

The State of the Union

“Already, because of the Affordable Care Act, more than three million Americans under age 26 have gained coverage under their parents’ plans.”

True! According to data collected by the National Center for Health Statistics, over the first year and a half this provision was in effect, the percentage of adults age 19 to 25 with coverage increased from 64% to 75%– that translates to 3.1 million young Americans. A report by the Centers for Disease Control showed similar results. Says Sara Collins, vice president of the health care coverage and access program at the Commonwealth Fund:

“This is the first time we have seen a decline in number of uninsured young adults. This provision has exceeded expectations.”

“More than nine million Americans have signed up for private health insurance or Medicaid coverage.”

This number is a little squishy. It’s true that over 3 million Americans have enrolled in private coverage through the Obamacare exchanges, and 6.3 million have been determined eligible for Medicaid or the Children’s Health Insurance Program. What’s less clear is how many of these sign-ups are people who gained coverage because of the Affordable Care Act. According to the website FactCheck.org:

Not everyone was a new enrollee who gained Medicaid coverage because of the law. Some of the Medicaid numbers reported by the states included those renewing their already existing coverage.

Also, Obama didn’t claim that all of those signing up for coverage had been uninsured, and, in fact, we know that not all of them were. For instance, members of Congress and their staffs signed up for exchange plans, as required by the law, instead of continuing to get coverage through the program for federal employees.

That’s not to say that everyone who’s bought a plan or enrolled Medicaid already had coverage, but it will probably be months before we know exactly how many Americans gained coverage “because of” Obamacare.

“And here’s another number: zero.  Because of this law, no American can ever again be dropped or denied coverage for a preexisting condition like asthma, back pain, or cancer. No woman can ever be charged more just because she’s a woman.

And we did all this while adding years to Medicare’s finances, keeping Medicare premiums flat, and lowering prescription costs for millions of seniors.”

As we’ve said before, it’s useless to talk about Medicare solvency– while there is a separate Medicare trust fund, Congress can (and will) put more money into it whenever, so it makes more sense to treat it as part of the rest of the budget (which is what the CBO does when it scores bills).

Although the basic premium remained the same this year at $104.90, it increased by $5 a month in 2013, up from $99.90 in 2012. Obama’s health care law also raised Medicare premiums for upper-income beneficiaries, and both the president and Republicans have proposed to expand that.

The lowering prescription costs for millions of seniors is totally accurate though. According to the Centers for Medicare and Medicaid Services, Obamacare has saved seniors $8.9 billion in drug costs— an average savings of $1,209 per person.

“So again, if you have specific plans to cut costs, cover more people, and increase choice – tell America what you’d do differently.  Let’s see if the numbers add up.”

To be fair, on Monday, Republican Senators Tom Coburn (Okla.), Orrin Hatch (Utah), and Richard Burr (N.C.) released a healthcare plan, which they claim will reduce average premiums while covering roughly the same number of people as Obamacare. It’s not formal legislation and hasn’t been scored by the Congressional Budget Office, so we can’t tell whether the numbers add up, but at least Republicans can finally say now, nearly four years after the passage of the Affordable Care Act, that they have offered an alternative.

(We’ll take a closer look at the proposal next week, but in the meantime, for more details check out The Washington Post’s Sarah Kliff and The New Republic’s Jonathan Cohn).

“But let’s not have another forty-something votes to repeal a law that’s already helping millions of Americans like Amanda.”

As of October 1, there had been 46 votes in the Republican-controlled House of Representatives to “repeal, defund, or dismantle” the Affordable Care Act. Some conservatives, like National Review Online’s Ramesh Ponnuru, have realized that number makes Republicans look “obsessed and delusional” and point out that not all of those votes were for full repeal. True, but since the GOP itself has pointed to the nearly four dozen repeal votes as evidence of its determination, citing that figure seems fair.

“And if you want to know the real impact this law is having, just talk to Governor Steve Beshear of Kentucky, who’s here tonight.  Kentucky’s not the most liberal part of the country, but he’s like a man possessed when it comes to covering his commonwealth’s families.”

And in an op-ed in The New York Times, Kentucky’s Democratic governor Steve Beshear really did sound like “a man possessed when it comes to covering his commonwealth’s families”:

In the first weeks of the Obamacare launch, when the federal marketplace crashed and other state-based exchanges were struggling, Kentucky was a rare bright spot, signing up thousands of residents. That said, recently Kentucky has been lagging behind other nearby states in meeting its goals for private plan enrollment (although that may be partly because the state had an extremely ambitious target). 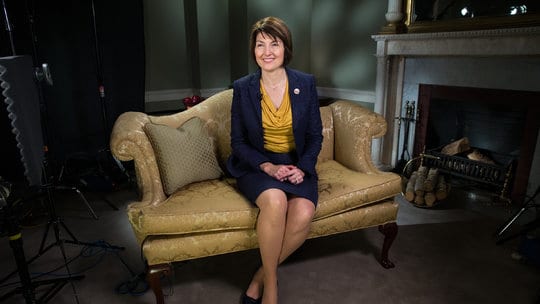 For the official Republican response, Rep. Cathy McMorris-Rodgers mainly stuck to talking about her background and why she likes America, and mostly avoided mentioning specific policies, but she did touch on healthcare briefly.

“Not long ago I got a letter from Bette in Spokane, who had hoped the president’s health care law would save her money but found out instead that her premiums were going up nearly $700 a month.”

A local newspaper talked to Bette in Spokane and found that the $700 a month increase was “based on one of the pricier options, a $1,200-a-month replacement plan that was pitched by Asuris Northwest to Grenier and her husband, Don.”

Had Bette and her husband, who co-own a roofing company, checked on the exchanges they could have found coverage for around $950– somewhat more expensive than her old plan (although also better coverage) but not nearly $700 more. Instead, Bette told the paper, “I wouldn’t go on that Obama website at all.”

“We’ve all talked to too many people who received cancellations notices they didn’t expect or who can no longer see the doctors they always have.”

It’s true that some people had their policies canceled, although that’s partly the insurers’ fault– plans that existed before the passage of the ACA were grandfathered and exempt from many Obamacare requirements unless the terms were changed– many insurers changed these plans (meaning they were no longer grandfathered) or chose to drop them anyways.

On the other hand, the Obama administration knew that many insurers would choose to drop old plans, but on the other other hand, many of the plans that were canceled offered terrible coverage (some barely qualified as insurance). It’s a complicated issue, one that we covered in more depth here.

“No, we shouldn’t go back to the things — the way things were, but this law is not working.”

This isn’t really a fact check, but The New York Time’s Timothy Egan offers an interesting response— if Obamacare “is not working” why are so many people signing up, especially in McMorris-Rodgers’ district?:

In Spokane County, the most populous in the Fifth Congressional District with nearly half a million people, the rate of participation in the new health care law is even well above the state average. At the end of December, signups were 102 percent of the state target. That’s saying something, because Washington, with a big range of insurance choices and a well-run exchange, has been one of the nation’s success stories for the Affordable Care Act.

Ignoring what her own neighbors are doing, McMorris Rodgers said on Tuesday that new health care law “is not working.” But if that’s the case, why have nearly one in 12 people in her home county signed up for expanded Medicaid coverage or new private health insurance? It could be, as the state noted, because the average time it takes a poor person to apply for health care here has now been cut from 45 days to 45 minutes.

“Republicans believe health care choices should be yours, not the government’s, and that whether you’re a boy with Downs syndrome or a woman with breast cancer, you can find coverage and a doctor who will treat you.”

Before Obamacare, in most states buying coverage for a boy with Downs syndrome or a woman with breast cancer would be impossible– insurers would simply refuse to cover these expensive pre-existing conditions. Meanwhile every Republican healthcare proposal that we’ve seen– even that Obamacare alternative proposed by Republican senators earlier this week– would still allow insurers to discriminate based on pre-existing conditions.

Next post: No, the CBO didn’t just say that Obamacare is a job killer

Previous post: Obamacare plans tend to have smaller networks– why is that and is it a problem?