Warning: Use of undefined constant wp_cumulus_widget - assumed 'wp_cumulus_widget' (this will throw an Error in a future version of PHP) in /home/customer/www/whatifpost.com/public_html/wp-content/plugins/wp-cumulus/wp-cumulus.php on line 375
 The deadline for filing your taxes has passed, but you may still be able to avoid Obamacare’s tax penalties
≡ Menu

The deadline for filing your taxes has passed, but you may still be able to avoid Obamacare’s tax penalties 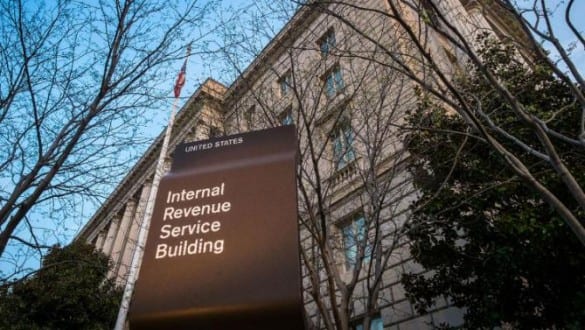 The April 15 deadline for filing your taxes has come and gone, but if you found yourself paying the Affordable Care Act’s penalty for not having coverage, you might be able to get that money back. Also, there may still be time to get coverage so that you don’t have to pay next year’s penalty either. Here’s how.

How to avoid next year’s individual mandate penalty: If you owed a penalty for not having health insurance last year and didn’t buy a plan for 2015, you may still be able to sign up for a marketplace plan, even though the open enrollment period ended Feb. 15. Many people who didn’t have insurance and didn’t realize that coverage is required under the law are eligible for a special enrollment period to buy a plan by April 30. If you sign up now, you’ll have coverage and avoid the 2015 penalty, which will be the greater of $325 or 2 percent of your household income.

How to avoid this year’s penalty: If you paid the penalty for not having insurance for some or all of last year and didn’t carefully check to see if you might have qualified for an exemption, it’s not too late. You can still apply for an exemption from the requirement by amending your 2014 tax return. It’s worth looking into since the list of exemptions is a long one. For example, if your 2014 income is below the filing threshold of $10,150 — or $20,300 for a married couple — you don’t owe a penalty for not having coverage. Likewise if insurance would cost more than 8% of your income or if you’ve suffered financial hardships like eviction or bankruptcy.

Also, in February, the Centers for Medicare & Medicaid Services announced that 800,000 tax filers who received a federal subsidy to help pay their insurance premium and used the federal health insurance marketplace received incorrect 1095-A tax forms. These forms reported details about the advance premium tax credit amounts that were paid to insurers based on the consumers’ estimates of income. They were then used to reconcile those payments against how much consumers should have received.

If you filed your taxes based on information that was incorrectly reported by the government on the form, you generally don’t have to file an amended tax return even IF you would owe more tax. But you may want to at least recalculate your return, says Tara Straw, a health policy analyst at the Center on Budget and Policy Priorities.

“You have the option to amend if it helps you,” she says. Unfortunately, the only way to figure that out may be to do the math on the tax form 8962 that you use to reconcile your income.

Next post: Introducing the Basic Health Program – the most important Obamacare provision you’ve never heard of