Warning: Use of undefined constant wp_cumulus_widget - assumed 'wp_cumulus_widget' (this will throw an Error in a future version of PHP) in /home/customer/www/whatifpost.com/public_html/wp-content/plugins/wp-cumulus/wp-cumulus.php on line 375
 Obamacare’s forgotten OTHER subsidy
≡ Menu 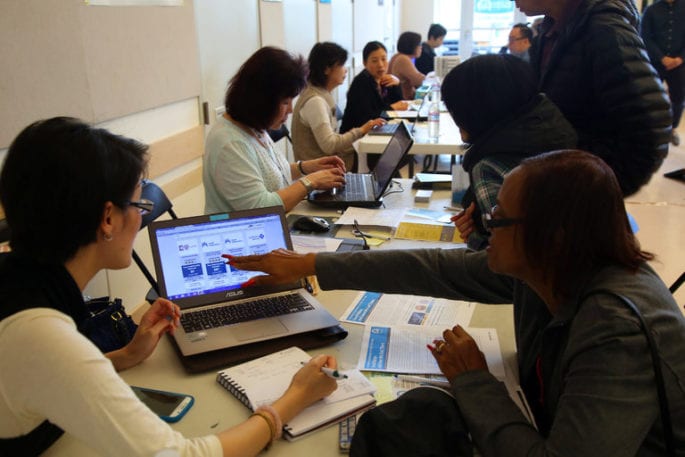 Back in 2013, shortly before the first Affordable Care Act plans took effect, we wrote a post about what we called Obamacare’s “other” subsidy. In it, we explained how if your income is below 250% of the poverty line (currently $29,700 for a single adult), a provision called Cost Sharing Reduction (CSR) could dramatically lower your out-of-pocket costs if you buy a Silver level plan.

At the time, it seemed like hardly anyone knew this; while we’d seen plenty of articles mentioning the ACA’s help paying for premiums, CSR was largely ignored.

Unfortunately, over the past two and a half years, not much has changed. Even as high out-of-pocket costs have become a major campaign issue, Obamacare’s CSR has gotten little coverage, meaning many people who could benefit still have no idea it exists.

You can check out our older post for a more detailed explanation, but basically Obamacare’s CSR provision does two things (and remember this only applies to Silver plans):

1. Reduces the annual out-of-pocket maximum. The ACA sets an out-of-pocket maximum that all health plans have to meet, which for 2016 is $6,850 for an individual plan and $13,700 for family coverage. If your income is below 250% of the poverty line, CSR lowers that maximum:

For those with incomes of 200-250% of the poverty level, the new actuarial value isn’t all that different– it will lower out-of-pocket costs, but not dramatically. However, people with incomes below 200% of the poverty line qualify for what xpostfactoid’s Andrew Sprung— who’s probably written more about CSR than the rest of the media combined– calls “strong CSR.” That 87% actuarial value is higher than Obamacare’s Gold level plans and most employer-based coverage. Deductibles are typically a few hundred dollars, with low co-pays for most services. For those making less than 150% of the poverty line, the actuarial value is higher than the ACA’s Platinum level plans, which means even lower out-of-pocket costs.

Over the past year, we’ve seen a bunch of stories about how high out-of-pocket costs have made Obamacare plans “all but useless” for many enrollees. In nearly all of these stories, CSR is glossed over or ignored.

Sometimes the authors of these stories simply don’t understand how the Affordable Care Act works. Last year, one reporter on NPR’s Morning Edition admitted, “Even though I cover health, I couldn’t define ‘cost-sharing reduction plan’ until I Googled it just now.” (She didn’t explain what it means to her readers/listeners though.) Two days later, an article from the progressive magazine In These Times offered this scenario:

For argument, let’s say normally insurance costs them $200 a month. Their take-home pay for the year now becomes $4,600. This is doable. It’s not great, but it is surviving without government help.

Now say premiums jump to $400 a month, which they have for many people. Their take-home pay for the year is now $2,200. Deductibles on some of the silver ACA plans range anywhere from $2,800 to well over $12,000, depending on where you live and who you are. Even the lowest deductible on that plan puts the family on it in the red for the year. Do that for a few years, and that family is now in debt, even while they seemed to be making ends meet on paper.

There’s a lot wrong there. To start, the way the premium subsidies work, a family of three making $35,000 can always get a Silver level plan for $152 a month. Also, their income is low enough that the kids would qualify for CHIP in most states, while the adult would qualify for “strong” CSR. In my area, that person could get a plan with a $500 deductible and low co-pays for doctors, imaging, and prescription drugs. Other plans are available with no deductible but higher copays.

And those who do often ignore it

Most healthcare journalists are aware of CSR (thanks in part to a recent Republican lawsuit trying to block it), but when they write stories on the ACA’s out-of-pocket costs they either don’t mention it or bury it as a quick aside, surrounded by stories of families getting crushed by high deductibles.

For example, last month when NPR’s Morning Edition covered how rising healthcare costs are weighing on voters, it presented the case of Renee Powell of Oklahoma as typical. Powell’s plan, which covers her family of four, costs $1,100 per month and comes with a deductible of $3,000 per person. The story doesn’t say what the family’s income is, just that she stopped working when her husband started a dental practice across the border in Kansas, but given that the average income for Kansas dentists is over $180,000 per year, it’s safe to say their income is too high to qualify for CSR. The story doesn’t mention that CSR is an option for many other families.

An article in New York Times last November, titled “Many Say High Deductibles Make Their Health Law Insurance All but Useless”, does mention the existence of CSR, but only briefly:

“In addition, people with particularly low incomes can obtain discounts known as cost-sharing reductions, which lower their deductibles and other out-of-pocket costs if they choose midlevel silver plans. Consumer advocates say this assistance makes insurance a good bargain for people with annual incomes from 100 percent to 250 percent of the poverty level ($11,770 to $29,425 for an individual).”

The other 33 paragraphs are devoted to consumers struggling with out-of-pocket costs. It’s technically accurate, because the article refers to “many” consumers for whom “the frustration is real, as is the financial strain,” and it’s true that many people don’t qualify for CSR. However, as Andrew Sprung pointed out, there are also “many” who are getting a great deal:

You’d never know from that characterization that 56% of current marketplace enrollees (as of June 30) have plans enhanced by CSR, and that about 80% of CSR-enhanced plan holders have coverage superior to the average employer-sponsored plan.  It’s not really accurate to call 250% FPL a “particularly low income.” According to the Census Bureau’s’ September report on health insurance coverage in 2014, half the population lives in households with incomes under 300% FPL, and one third in households with incomes below 200% FPL. According to my calculations, about two thirds of those uninsured in 2013 had incomes under 250% FPL.

In other words, it’s misleading to talk about how “many” Obamacare enrollees are struggling with out-of-pocket costs, without mentioning that roughly half of them– including those with the lowest incomes– have better coverage than most people get through their employers.

All of this may sound nitpicky, but the details really do matter. For one, there are still plenty of people who haven’t heard about CSR but would qualify. A story in the Boston Globe on high deductibles (similar to the one in The Times) even mentioned one of them: 62 year-old Linda Torres, a home health aide who makes $22,000 per year. On the day she was interviewed for the story, Torres switched from a Bronze plan with a $6,000 deductible to a Silver CSR plan with an $800 deductible (we looked up the plan, and it also has much lower copays). The Globe reporter didn’t seem to understand what was happening though: she writes that a counselor was “helping Torres apply for a government subsidy” to lower her deductible, but that’s not how CSR works– it’s automatically applied to any Silver plan if you qualify. Meanwhile Torres complains that she “cannot get anything with this insurance,” and the reporter either doesn’t know or doesn’t clarify that she’s talking about her old, totally different plan.

Stories on high deductibles like this, that gloss over or misreport the help available to folks with lower incomes, can discourage them from ever logging onto healthcare.gov.

These stories also do a disservice to those with incomes too high to qualify for CSR who are struggling with out-of-pocket costs. A relatively simple way to help them would be to expand CSR to cover people with higher incomes– but if voters don’t know that CSR exists in the first place, or don’t really understand how it works, it’s not something they can push for.

We know that the Affordable Care Act is complicated and confusing– but too often these stories about high deductibles make that problem worse, not better.

Next post: House Republicans still don’t have a real replacement for Obamacare, so they’ve tried to Billy Madison one