Warning: Use of undefined constant wp_cumulus_widget - assumed 'wp_cumulus_widget' (this will throw an Error in a future version of PHP) in /home/customer/www/whatifpost.com/public_html/wp-content/plugins/wp-cumulus/wp-cumulus.php on line 375
 It has been a crazy, crazy week for the Senate health bill– here’s a quick recap
≡ Menu

It has been a crazy, crazy week for the Senate health bill– here’s a quick recap 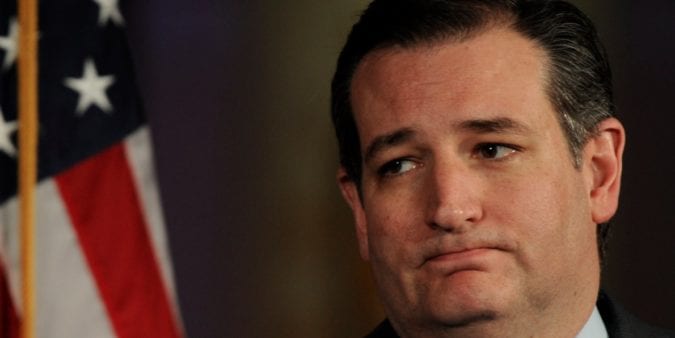 Man, it’s been a crazy week for the Senate health bill. Last Thursday, GOP leaders released a new version, which included an amendment from Senator Cruz that was supposed to make the bill more acceptable to conservatives. By Monday, enough conservative Senators were opposed that the bill was dead, and the backup plan of repealing Obamacare without a replacement collapsed the next day. Shortly after that, McConnell announced that he was scheduling a vote on healthcare for next week.

Confused? You’re not alone. Even Republican senators still don’t know which Obamacare repeal and/or replacement bills they’ll be voting on. To try and make at least some sense of how we got here, here’s a day-by-day recap of the week’s biggest news.

Thursday, July 14: A new version of the Senate bill, with an amendment from Ted Cruz

Most of the media and activist attention lately has focused on the relatively moderate Republicans who might vote against the bill, like Nevada’s Dean Heller and West Virginia’s Shelley Capito. However, Republican leaders have also had trouble securing the votes of ultra-conservative senators, who felt that the Senate bill kept too much of Obamacare in place. The Cruz amendment was an attempt to appease those conservative senators by tossing out nearly all of the ACA’s regulations on insurance plans, while (supposedly) still protecting patients with pre-existing conditions.

Cruz says that his plan offers consumers more choices (he even named it the “Consumer Freedom Option”)– young and healthy people can get cheaper plans that cover less stuff, while people who need more comprehensive coverage can still get it. That’s the sales pitch anyways.

In reality, the Cruz amendment is a terrible idea. As the insurance industry itself points out, it “would allow the new plans to ‘cherry pick’ only healthy people from the existing market
making coverage unaffordable for the millions of people who need or want comprehensive coverage, including, for example, coverage for prescription drugs and mental health services… As healthy people move to the less-regulated plans, those with significant medical needs
will have no choice but to stay in the comprehensive plans, and premiums will skyrocket
for people with preexisting conditions.”

Those with incomes below 350% of the poverty line (currently $42,210 for an individual) would be somewhat protected, since the law’s subsidies limit the maximum amount they’d pay for premiums (although keep in mind that the subsidies for the Senate bill are less are to plans with a roughly $6,000 deductible). However, for sicker people making more than that, premiums would be unaffordable for all but the super wealthy.

There’s more. People who bought junk insurance plans before Obamacare usually didn’t discover that their plans were almost worthless until it was too late, and as Michael Hiltzik of the Los Angeles Times explains, the Cruz amendment does nothing to help with that: “Individuals who get sick and discover that their Cruz plan won’t cover their illness wouldn’t be able to buy full coverage for at least six months.” And Vox’s Ezra Klein points out that “sickness is not a binary state.” Say you had a health issue in the past that insurers consider a pre-existing condition (and that could be anything from cancer to acne)– even if you’re healthy now, you’d still be stuck paying exorbitant rates, either from Cruz plans charging you more or in the ACA exchanges that are now basically just high risk pools.

While it might be terrible for consumers, the Cruz amendment would bring more hardcore conservative senators on board. Or so Republican leaders thought. 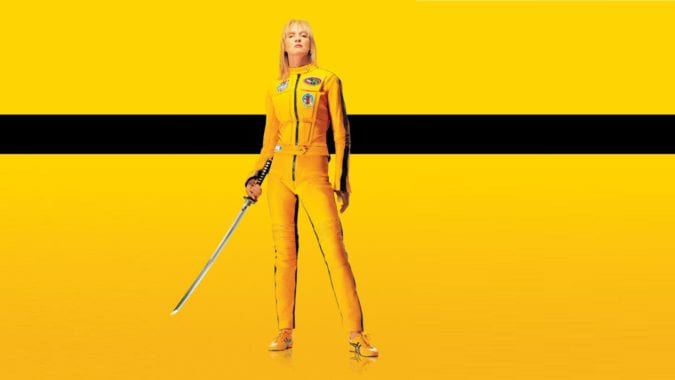 Republicans can only afford to lose two Senators, and Rand Paul (R-KY) and Susan Collins (R-ME) announced their opposition almost immediately. At 8:30 Monday night, Senators Mike Lee (R-UT) and Jerry Moran (R-KS) announced that they would not support this new version of the bill, meaning it did not have enough votes to pass.

Lee’s opposition was interesting because he had actually worked on the amendment with Ted Cruz, but split over a wonky last minute tweak. In the original version which Lee supported, insurers would have been allowed to create different risk pools for different types of plans. In the version that ended up in the Senate bill, insurers would have to follow Obamacare’s single pool regulation. Republican leaders argue that the single risk pool would contain the effect of Cruz’s amendment, keeping it from raising premiums too much for ACA-compliant plans. Lee says that also means premiums would be higher for the Cruz plans, which is why he opposes it now. But both sides are probably both wrong. According to insurers, Cruz’s amendment “establishes a ‘single risk pool’ in name only,” and an analysis from the Brookings Institution finds that it the single risk pool requirement is interpreted the way it is now, insurers could charge basically whatever premiums they want for both types of plans.

In any event, shortly after Lee and Moran announced their opposition, McConnell released a statement saying that it had “become apparent that the effort to repeal and immediately replace the failure of Obamacare will not be successful.” Instead, he says, the Senate will vote on a bill that the Senate passed in 2015 that President Obama vetoed. That bill did not include a replacement– it would just repeal large parts of Obamacare (the Medicaid expansion, the individual mandate, subsidies to help pay for coverage, all of the taxes), but with a two year delay to “provide for a stable transition period.”

By the early afternoon on Tuesday, three Republican senators– Susan Collins (ME), Lisa Murkowski (AK), and Shelley Capito (WV)– had all announced that they would not support the repeal and delay bill. Capito’s was particularly critical of the effort to repeal Obamacare without a replacement, saying. “I didn’t come to Washington to hurt people.” Again, Republicans could only afford to lose two votes, meaning this bill was effectively dead too.

Or at least it should have been. Even after these Senators announced their opposition, McConnell announced that the vote on the “motion to proceed” on repealing Obamacare (either with or without a replacement) would still happen.

Obamacare Repeal Reconciliation Act (aka “repeal only”): The Congressional Budget Office released its score of the repeal only bill on Wednesday, and it found that:

Better Care Reconciliation Act (aka “repeal and replace”): The next day, the CBO released an updated score of the Senate’s repeal and replace bill. The score does not include an analysis of the Cruz amendment (the CBO says the effects are so complicated it could take month to score), but it does include some key information about the other updates in the latest version:

As for the Cruz amendment, some Republicans want to use a highly misleading report from the Trump administration’s Department of Health and Human Services, instead of waiting for an official CBO score on its effects. (Keep in mind that the report was put out by the same department that has been using taxpayer money to run a PR campaign against Obamacare.) 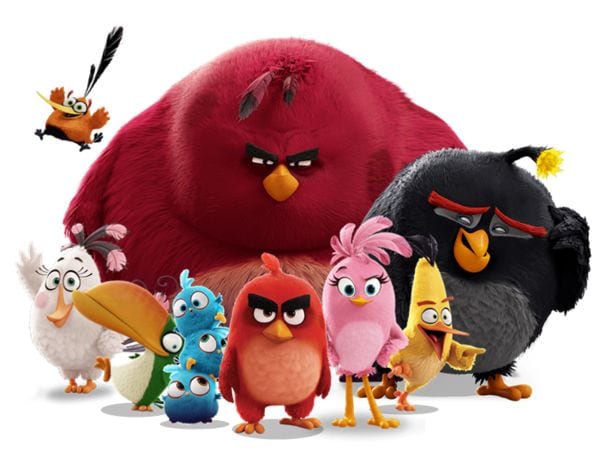 Republicans are trying to pass their repeal and replace bill using a process called budget reconciliation– this means they can avoid a Democratic filibuster and pass the bill with just 50-vote majority (Vice President Pence can break a tie). However, in 1985 the Senate passed the Byrd rule (named after former West Virginia senator Robert Byrd), which says that bills going through the reconciliation can be blocked if they contain provisions that don’t have a direct effect on the federal budget.

Late Friday, the Senate parliamentarian released a list of provisions in the Senate replacement bill that violate the Byrd rule. These include:

These other key provisions in the Senate replacement bill are still under review: allowing states to opt out of the ACA’s pre-existing condition and essential benefit rules; allowing insurers to charge older people five times more than younger people; and block granting Medicaid.

Republicans could respond by dropping or rewriting the provisions that would require 60 votes, but the parliamentarian’s ruling definitely makes passage a lot harder. For example, according to the chair of the House Freedom Caucus, the elimination of the Planned Parenthood and abortion provisions would make passage “almost impossible.”

Then there’s the question of John McCain’s health. Until he can make it back for to Washington for a vote, Republicans can only lose the support of one other senator (instead of two) if they want to pass something without Democratic help.

And that about brings us to where things stand now. The Senate is still set to vote on something next week. They don’t know if it will be the replacement bill or just repeal. Without changes neither has enough support to pass anyways– and they might lose even more votes after the parliamentarian’s ruling. Oh and if they do vote, they might do it without a CBO score showing the effects of a key provision that could upend the insurance industry and gut protections on pre-existing conditions.

In other words, as weird as this week has been, next week could be worse.

Next post: A recap of the completely insane final days of the Senate health bill

Previous post: The Senate health bill is terrible for women who want to have children. And women who don’t.