Warning: Use of undefined constant wp_cumulus_widget - assumed 'wp_cumulus_widget' (this will throw an Error in a future version of PHP) in /home/customer/www/whatifpost.com/public_html/wp-content/plugins/wp-cumulus/wp-cumulus.php on line 375
 Is there a single-payer “bomb” in the health reform law?
≡ Menu

Is there a single-payer “bomb” in the health reform law? 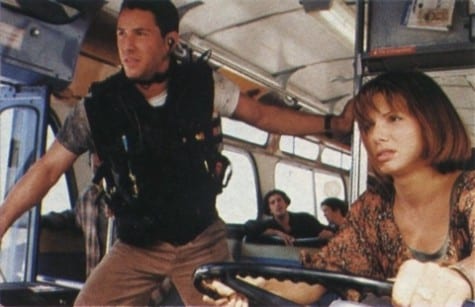 "Try not panic, but there's a bomb on the health care bill!"

It’s hard to imagine a more boring headline than this one: “Department of Health and Human Services issues final regulation on medical loss ratio requirements under the Affordable Care Act.” But according to Rick Ungar, a blogger for Forbes magazine, these latest rules triggered “a bomb buried in Obamacare” placing us “on an inescapable path towards single-payer for most Americans.”

Wow. Well that got our attention. But is it true?

First– what is a Medical Loss Ratio (MLR) and what does it have to do with health reform?

“Medical loss” is what health insurers call the money they spend on medical expenses, as opposed to administration, marketing, and profit. (The fact that insurers refer to money spent on actual health care as “loss” should tell you something about their priorities.) The Affordable Care Act says that at least 80% of the money insurers take in every year has to be spent on medical costs — 85% for plans covering large companies.

Health reform was passed almost two years ago- why the sudden fuss over MLR’s?

Congress set the minimum MLR that insurers have to meet, but left it up to Health and Human Services to decide how MLR would be calculated. And so for months insurers have been lobbying for favorable rules– the more things insurers could get exempt or lumped in with medical costs, the more money they get to keep. But HSS didn’t bite– the final rule released last week counted broker and agent fees as administrative costs. That’s bad news for insurance agents, but good news for consumer advocates.

Why is it being called a hidden bomb?

There is absolutely no way for-profit health insurers are going to be able to learn how to get by and still make a profit while being forced to spend at least 80 percent of their receipts providing their customers with the coverage for which they paid. If they could, we likely would never have seen the extraordinary efforts made by these companies to avoid paying benefits to their customers at the very moment they need it the most.

For Ungar this “bomb” is a good thing– he believes it will put insurance companies out of business and push towards a single-payer system.

So is it really a bomb?

Also, some states, like New Jersey, already require insurer plans to meet a medical loss ratio of at least 80%. Clearly this rule isn’t going to put all private insurance companies out of business.

Meanwhile, Ungar’s colleague at Forbes, the conservative blogger Avik Roy, jumped on the bomb bandwagon, with a post arguing that the new MLR rules won’t put all private insurance companies out of business… just most of them.

Roy says that he warned us back in May 2010 that private insurers “may decide to leave the [individual market] altogether because there isn’t much room to improve MLR’s on the individual market” and “sadly, I was right.”

Nope, at least according to these stats from Washington Post’s Sarah Kliff:

Seventy-three percent of insurers say they plan to increase individual market business, according to a Boston Consulting Group survey last spring. Nearly every health plan mentioned strategic plans to expand its number of individual policies when presenting to investors at the J.P. Morgan Healthcare Conference this year.  All told, the consulting group expects insurers’ revenues to “more than double from 2011 to 2019, to about $1.2 trillion.”

Plenty of conservatives already thought that “Obamacare” will put us on the road to “socialized medicine” or is secretly a “government takeover of health care.” In reality, it’s a middle-of-the-road plan that took the same approach Republicans advocated for years to nudge our healthcare system a step in the right direction.

Like Ungar, we wish that Congress health reform had gone further, but when he and Roy say, falsely, that there is a bomb buried in Obamacare, they’re just feeding unfounded tea party paranoia.

Next post: Where are they now?: Air pollution rules edition