Warning: Use of undefined constant wp_cumulus_widget - assumed 'wp_cumulus_widget' (this will throw an Error in a future version of PHP) in /home/customer/www/whatifpost.com/public_html/wp-content/plugins/wp-cumulus/wp-cumulus.php on line 375
 How a life-long Republican accidentally made the case for mandatory universal health coverage
≡ Menu 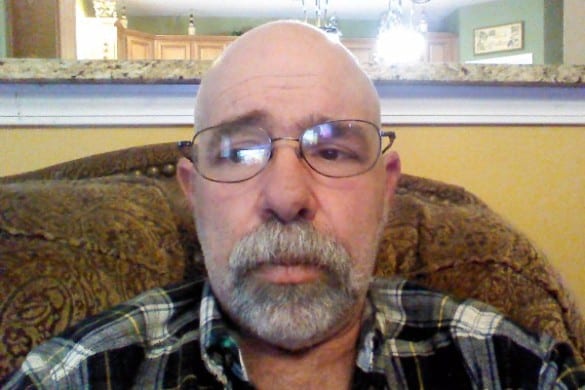 However, we’ve been watching Republicans falsely accuse Obamacare of causing one disaster or another pretty much every day for the past five years– it’s not really news at this point. For us, the interesting part is how Lang’s story illustrates a real shortcoming of the ACA that is often ignored by both parties.

In a follow-up post, The Observer pointed out that if Lang hadn’t blamed Obamacare for his failure to buy coverage, they probably wouldn’t have written about him, since otherwise his story was all too common:

Lang was compelling not simply because he had rolled the dice on insurance and lost – there are sadly many examples of that – but because he blamed Obamacare and not himself.

The Observer is correct that even after Obamacare, many people are choosing to roll the dice on whether to buy insurance. The U.S. Census Bureau’s American Community Survey estimated that 45 million people in the U.S. were uninsured before the law fully took effect in 2014. In March of 2015, the Department of Health and Human Services announced that 16.4 million people who were uninsured had gained coverage over the past year. Of the remaining 29 million uninsured, 7 to 8 million are undocumented immigrants, meaning they’re ineligible for coverage under the ACA, and 4 million people are in the Medicaid coverage gap thanks to Republican led-states who opted out. That leaves 17 million people who are eligible for coverage under the Affordable Care Act but for one reason or another are not getting it.

Some, like Mr. Lang, have made a conscious choice to go without coverage; others may simply not understand their coverage options under Obamacare. Five years after the passage of the ACA, a Kaiser Family Foundation survey found that one-third of Americans still did not know that the law creates insurance marketplaces, provides subsidies to help purchase coverage, or expands Medicaid: 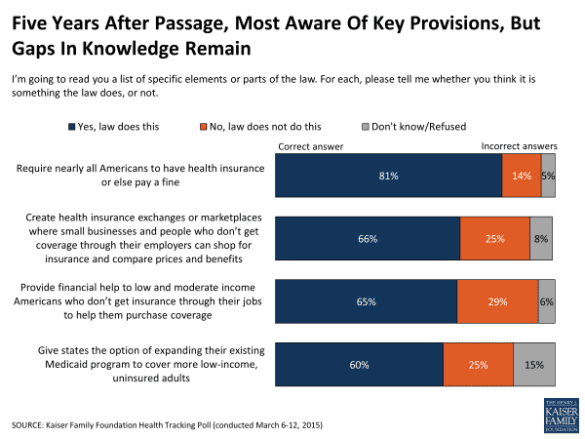 We’ve also heard from a number of people who are sort of in between: they know the basics of the ACA and do want coverage, but have struggled figuring out how to document their income (a common problem for freelancers and self-employed individuals) and/or navigate the website. Some have decided that getting a plan isn’t worth the hassle.

The individual mandate will eventually cause some of them to reconsider. The penalty was tiny in the first year of the ACA (just $95 or 1% of income, whichever is greater), but as it increases (by 2016 it will be $695 or 2.5% of income), many people will decide that if they’re going to be paying hundreds or possibly thousands of dollars per year anyways, they may as well get something for it.

Still though, millions of eligible Americans are expected to remain uninsured even after the penalty is fully phased in. The question then is what should happen to them if they get sick? Hospitals and ER’s have to try to stabilize them if their illness or injury is immediately life-threatening, but what about people like Lang, who have a chronic condition causing their health to slowly deteriorate? In choosing to go without coverage, Lang made a bad decision– but should the consequence for that bad decision mean going blind… or worse?

There aren’t a lot of options for the uninsured. In Lang’s case, over a thousand people (mainly liberals) donated to his GoFundMe campaign to raise money to pay for his surgery. But there are plenty of people in similar situations who aren’t the subject of viral news articles– relying on donations from strangers won’t work for them.

Similarly, they can’t rely on charity care from doctors and hospitals either. Providers point out that if they treated everyone without insurance who needed an expensive but non-emergency procedure they would soon go out of business.

So here we see an inherent flaw in the Affordable Care Act: while millions more people who want insurance can now get it, some people will still choose to go without it; and as Newsday’s Lane Filler bluntly explains:

And as the Charlotte Observer’s Ann Doss Helms writes:

That kind of argument can be easy to defend in an intellectual debate and hard to hold on to when you’re face to face with someone who’s going to die – or go blind – when they could be saved.

Why insurance enrollment should be automatic and mandatory

If we as a country don’t want to watch people suffer simply because they chose to go without coverage and were unlucky, there is an alternative: make insurance coverage mandatory.

With some small changes to the ACA, the government could automatically enroll people in the cheapest available Obamacare plan (or a public option). For those who don’t pay their premiums, it would be treated the same as not paying income taxes– with fines and possible prison terms. Or the individual mandate could be set above the cost of premiums– these fines would then be used to cover the cost of care for the uninsured who get sick. Other countries with private insurer based-health systems have taken these approaches: the Netherlands has a mandate penalty of 130% of the premium, while Switzerland has auto-enrollment for those who don’t choose their own plans; enforcement isn’t perfect, but in both countries over 98% of the population is covered.

Or we could opt for a single-payer healthcare system– automatically covering everyone in a single, government-managed plan, paid for by taxes instead of premiums. Individuals wouldn’t have to navigate a complex system of insurers, and providers wouldn’t be forced to turn away uninsured patients.

Insurers, of course, are opposed to single-payer, but the biggest reason America hasn’t pursued it has been opposition from providers. It was the American Medical Association that first coined the term “socialized medicine” decades ago; hospitals and drug companies are just as vehemently opposed, since they can charge higher rates rates under the current system. But if you think about it for a second, their opposition makes stories like Lang’s all the more frustrating. Providers say they can’t care for the uninsured because they’d go out of business, and then no one would get care; they act as though their hands are tied, when in fact, their greed is the reason why we have a system where people can go uninsured in the first place.

Many conservatives (and even some liberals) are uncomfortable with the government forcing people to get coverage, either through an individual mandate or single payer; they see it as infringing on individual liberty. The alternative though, is that we let people roll the dice on insurance and then stand back and do nothing but watch them suffer when someone gets snake eyes. And as Luis Lang learned the hard way, that someone could easily be you or someone you care about.

UPDATE: As we were finishing this post we discovered that Lang has announced he’s leaving the Republican party and now supports a universal health care system.

Next post: Here’s why you should just ignore stories about Obamacare rate increases for now