Warning: Use of undefined constant wp_cumulus_widget - assumed 'wp_cumulus_widget' (this will throw an Error in a future version of PHP) in /home/customer/www/whatifpost.com/public_html/wp-content/plugins/wp-cumulus/wp-cumulus.php on line 375
 Health Reform in the Supreme Court: The entire series
≡ Menu

Health Reform in the Supreme Court: The entire series 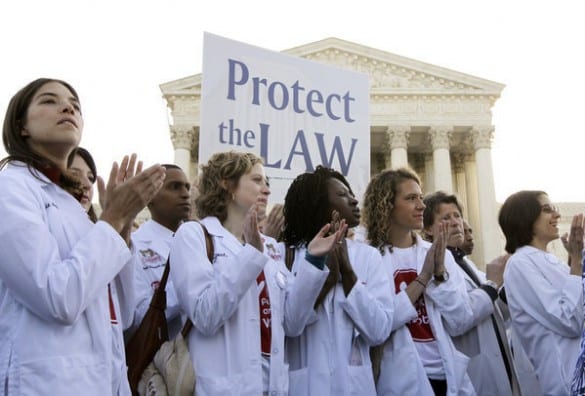 While we wait for the Supreme Court to announce its decision on health reform in June, we thought it might be useful to have all of our posts about the hearings in one place. There were four separate hearings, each examining a different question– we did one post on each (except for the individual mandate, which got two):

And if that’s not enough, we also looked at Why Obama’s Supreme Court comments made sense and Why one word could determine the fate of health reform. Enjoy!

Previous post: Health reform in the Supreme Court: Why one word could determine the fate of health reform