Warning: Use of undefined constant wp_cumulus_widget - assumed 'wp_cumulus_widget' (this will throw an Error in a future version of PHP) in /home/customer/www/whatifpost.com/public_html/wp-content/plugins/wp-cumulus/wp-cumulus.php on line 375
 Health care reform and your W2
≡ Menu

Health care reform and your W2 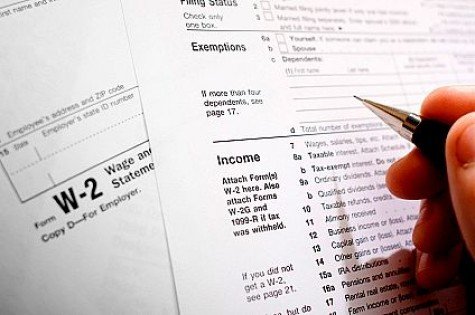 Passage of health care reform may have ended the debate in Congress, but the misinformation continues.  Here are some of the recent bogus claims examined by the nonpartisan website, Factcheck.org:

The latest falsehood making the rounds is an anonymous chain email about supposed hidden taxes in the new law.  It begins:

“The creativity of the tax-and-spend federal government for sneaking into people’s wallets never hits a dry spell.

Starting in 2011 (next year) your W2 tax form sent by your employer will be increased to show the value of what ever health insurance you are given by the company. It does not matter if that’s a private concern or Governmental body of some sort.If you’re retired, so what; your gross will go up by the amount of insurance you get.

You will be required to pay taxes on a large sum of money that you have never seen.

Take your tax form you just finished and see what $15,000 or $20,000 additional gross does to your tax debt. That’s what you’ll pay next year. For many it also puts you into a new higher bracket so it’s even worse.

This is how the government is going to buy insurance for 15 % that don’t have insurance and it’s only part of the tax increases.”

Sigh.  Okay, part of this is actually true: starting next year the amount your employer pays for your health insurance will show up on your W2.  But this money won’t be considered part of your gross income and you will not have to pay taxes on that money.  No one will see their taxes go up a cent when their benefits show up on their W2.

Why the change then?  A couple reasons:

Still, the email tries to prove it’s deceptive claim that everyone will be taxed, by citing something written by the tax editor of The Kiplinger Letter, which is advertised as “a weekly business and economic forecasting periodical for people in management.”  The Pulitzer Prize winning website, Politifact, looked up the letter and found that what it actually states is:

“[The new law contains] a requirement that businesses include the value of the health care benefits they provide to employees on W-2s, beginning with W-2s for 2011. The amount reported is not considered taxable income.”

That’s right– even the website that the email cites as proof says flat out that health benefits will not be taxed.

Factcheck.org, also took a look at the email, and makes an interesting point:

Readers who followed the 2008 presidential campaign may recall that it was Republican candidate John McCain who proposed to make the value of employer-sponsored health insurance taxable. Democrats hated that idea; Barack Obama ran an ad claiming, falsely, that it would be the “largest middle-class tax increase in history.”

So it is ironic that some of President Obama’s critics now claim that the bill he signed would do what his opponent proposed and he denounced. Ironic, but false.

You see this kind of thing time and time again in nearly any discussion of health care reform.  The new health care law, like any piece of legislation that complex, isn’t perfect and there are legitimate criticisms to be made.  But instead of engaging in constructive criticism, opponents of reform simply say whatever is most likely to scare people, regardless of whether or not it’s actually true (or whether it’s something they used to support).

And they often make their outrageous claims in chain emails like these.  A good rule of thumb:  if you don’t recognize the original sender… delete it.