Warning: Use of undefined constant wp_cumulus_widget - assumed 'wp_cumulus_widget' (this will throw an Error in a future version of PHP) in /home/customer/www/whatifpost.com/public_html/wp-content/plugins/wp-cumulus/wp-cumulus.php on line 375
 Donald Berwick, Republicans, and British Health Care
≡ Menu 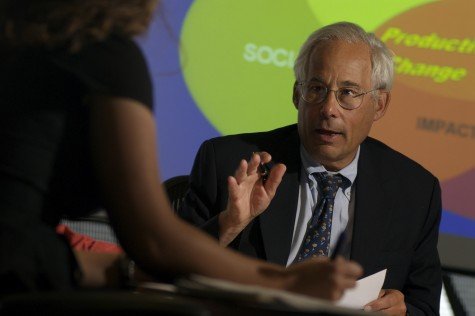 It’s no secret that Republicans want to make health care reform a major issue in the 2010 elections.  For one, it’s divisive- a recent poll by the Kaiser Foundation found public opinion pretty much evenly split, with 41% holding favorable views of the law, 44% holding unfavorable views.  But more importantly, opinions can still be swayed– the same poll found that 44% would describe their feelings about the new law as “confused.”

Democrats believe that once some of the more popular reform benefits go into effect, public opinion will start to tilt in favor of health reform.  But as we pointed out last week, even the immediate benefits will take some time to roll out, leaving Republicans with an opportunity to continue stoking fears of “socialized medicine” and “rationing care.”

Their problem, however, is that public attention has been elsewhere– on the Gulf oil spill and financial reform for instance.  In order to get the public conversation back to health care, they’ll have to pick a fight.  And with President Obama’s nomination of Donald Berwick to run Medicare and Medicaid, Republicans believe they’ve found it.

Donald Who?
You may not have heard of him, but in the world of health care policy, Donald Berwick is the closest thing there is to a rock star.  In 2002, the industry publication Modern Healthcare listed him as the third most powerful person in American health care, right after the Secretary of HSS, and the director of Medicaid and Medicare at the time.  As Atul Gawande wrote in the New Yorker:

But he’s perhaps best known as co-founder, President and CEO, of the Institute for Healthcare Improvement (IHI).  According to the website Politico:

In this capacity, Berwick has traveled the country and the world, pressing his theory that doctors and hospitals can boost care and reduce medical errors while saving money. Admirers — a group that includes a few Republicans who headed CMS— have described his work as “revolutionary.”

IHI’s website lists six goals for “improving the lives of patients, the health of communities, and the joy of the health care workforce.”  They are:

Newsweek writes that “his name is synonymous with reducing medical errors” and “he has concrete ideas about how hospitals can provide high-quality care without high costs.”  They point to a page on the IHI website highlighting 10 hospitals around the country that provide the best care for the least money.

Berwick argues that it’s possible to reduce costs while improving quality through better sharing of medical records, more smoothly coordinated care, and a model in which doctors are rewarded for outcomes rather than the number of procedures they perform.  Republicans in Congress love to talk about wasteful government spending, but when they want to score political points, reducing waste suddenly becomes “rationing.”

Berwick and the Republicans
So far, Republican criticisms have focused on Berwick’s admitted admiration for Britain’s National Health System (NHS):

Berwick has called Britain’s National Health Service “one of the greatest health care institutions in human history” and “a global treasure.” He once said it sets an “example” for the United States to follow.

“Now our predictions are coming true and President Obama’s CMS nominee Dr. Berwick will be the man who cuts health care costs by putting the rationing plans into practice.”

The White House replied to the “rationing” charge with a statement that we’ve been waiting for the past year to hear:

“The fact is, rationing is rampant in the system today, as insurers make arbitrary decisions about who can get the care they need. Don Berwick wants to see a system in which those decisions are transparent – and that the people who make them are held accountable.

“He’s dedicated his career to finding ways to making our health care system work better for patients and cost less for taxpayers, which is why he’s earned praise from across the political spectrum and from every corner of the industry. The President is looking forward to Dr. Berwick’s confirmation.”

Still, according to Fox News, it won’t be without a fight: “As one insider said of the Republican senators’ nascent effort to stop his nomination, “You ain’t seen nothing yet.”

Quality Care First
Unsurprisingly, Republicans have ignored other statements Berwick has made about NHS.  For example, from a 2008 speech:

“I fell in love with the NHS.  To an American observer, the NHS is such a seductress. … Like any lover, it took me a while to see the blemishes of my beloved, though I soon had help from people quite willing to point out the warts.”

Berwick isn’t advocating a government takeover of health care.  His past statements show that he doesn’t believe that the NHS is perfect, just that it’s fairer and more efficient than the U.S. health care system (a point which would be hard to argue).  He’s also offered ways that Britain could improve the NHS, which Republicans should theoretically be on board with.  For example, he has said:

The NHS wastes its most promising resource—the talent of its people—when it discourages clinicians and managers from initiatives that would improve care locally.  Emphasise learning over regulation as the linchpin strategy for improving care.

At the end of the day, Berwick has been a fierce advocate for patient-centered care, regardless of whether its paid for by the government or by private insurance companies:

The argument that Republicans inevitably make about single payer systems like in Canada, or government run health care like in Britain is that quality will decrease.  Berwick has undeniably made improving the quality of health care his life’s work.  Even some Republicans (who aren’t running for office) recognize this– for example, here’s George W. Bush’s Medicare and Medicaid Chief, Mark McClellan:

“Don is a person who’s spent his entire career committed not just to talking about ways to make health care better, but actually helping organizations around the country change health care for the better.  And that’s exactly the kind of background that CMS needs right now in order to find better ways to support high-quality care while saving money at the same time.”

If Republicans in Congress were serious about improving quality and reducing waste, they would support his nomination in a heartbeat.  Instead they’re approaching it the same way they did the rest of the health care debate– as an opportunity for political gain.

Fortunately Berwick probably knows what he’s in for.  As Newsweek writes:

“Talk is cheap; changing the culture of a hospital is hard,” Berwick wrote for us in 2005. All you have to do is substitute “Washington” for “a hospital,” and you have health-care reform in a single sentence. Good luck, Dr. Berwick: for all your sterling credentials, you’re gonna need it.

Next post: Congress and health care help for the unemployed