Warning: Use of undefined constant wp_cumulus_widget - assumed 'wp_cumulus_widget' (this will throw an Error in a future version of PHP) in /home/customer/www/whatifpost.com/public_html/wp-content/plugins/wp-cumulus/wp-cumulus.php on line 375
 Big single-payer news from big sky country (and the green mountains)
≡ Menu 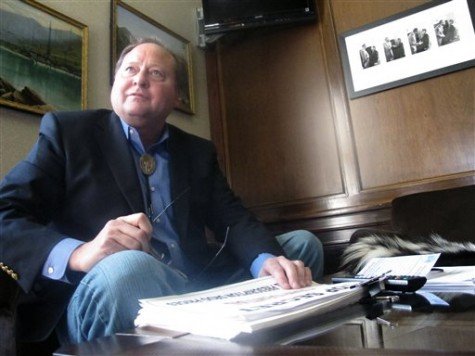 First up, Vermont is moving ahead with plans to create a single player system for the state. The Green Mountain Care board appointed by Gov. Peter Shumlin officially begins its work on October 1. As we noted in our past coverage, many of the key decisions for creating a new single payer system (like how providers will be paid) will be decided by the five-person panel.

But the really surprising news comes from Montana, where Governor Brian Schweitzer announced plans to pursue a Canadian-style universal health care program. In an interview with the Washington Post, Schweitzer explained:

“I called up Brad Wall, the conservative premier of Saskatchewan and asked him, ‘Would you help me work through all your numbers, so I can compare that with our system?’ I looked at what they spent and what we do. They have a slightly larger population and for every man, child and woman in their health-care system, the cost is about $4 billion. Remember, they live two years longer and have a lower infant mortality rate. In Montana, it’s about $8 billion.

Imagine if you went to a gas station, and you looked over at a car with a Canadian license plate. They were paying $1 a gallon for gas, and you’re paying $2. Wouldn’t that make you mad? That’s exactly what’s happening. I’m mad for all the people in the country […]

We know that, because of the Affordable Care Act, Montana’s Medicaid population will double. So we’re saying, let us set up clinics across Montana like they have is Saskatchewan, for Medicaid, where we will have family practitioners, nurse practitioners, taking care of patients. That will have about 20 percent of the state’s population in the pool. We’ll also add in all state employees, that’s another 60,000. Then, we’ll turn to private citizens and ask, do you want to buy into this? We’ll turn to small businesses and large ones, and ask them, too.”