Warning: Use of undefined constant wp_cumulus_widget - assumed 'wp_cumulus_widget' (this will throw an Error in a future version of PHP) in /home/customer/www/whatifpost.com/public_html/wp-content/plugins/wp-cumulus/wp-cumulus.php on line 375
 Wondering if your income is above or below Obamacare’s Medicaid cutoff? Read this.
≡ Menu

Wondering if your income is above or below Obamacare’s Medicaid cutoff? Read this. 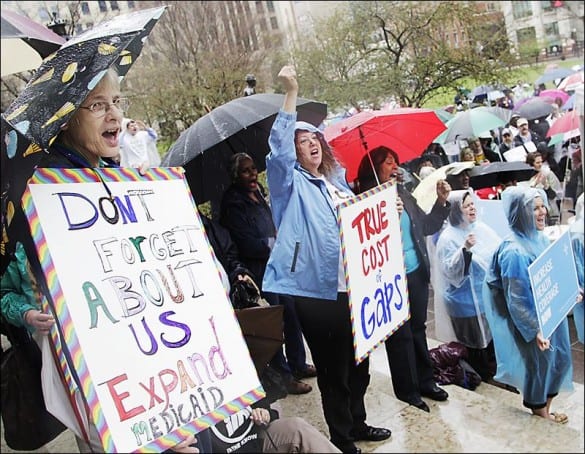 Thanks to the Supreme Court decision making the Medicaid expansion optional for states, the federal poverty line (FPL) has become enormously important. Before the decision, the FPL simply determined what kind of coverage you were eligible for: Medicaid for those below, and subsidized private coverage for those above (with some overlap– people making between 100% and 133% of the FPL could get Medicaid or private coverage). But now, in states that have chosen to opt out of the Medicaid expansion, the poverty line will mean the difference between subsidized private coverage and no coverage at all.

So it’s important to know what exactly the income cut off is, particularly if your income is right around that line. However, we’ve heard that some people who have called the healthcare.gov hotline for clarification have been told two different numbers: $11,490 and $11,670 for single people. But here’s the really confusing part: they’re both accurate.

The confusion stems from the fact that the FPL changes every year to adjust for inflation, and so the 2014 FPL ($11,670 for singles) is slightly higher than the 2013 FPL ($11,490) and they’re both being used to calculate eligibility on the Obamacare marketplaces right now:

While using poverty lines from two different years is more confusing, it also means that more people will be eligible for coverage. If you live in a state that didn’t expand Medicaid, you only need to get your income up to $11,490 to qualify for subsidized private insurance, instead of $11,670. (Again that’s for single individuals. If you’re married and/or have kids the line is higher– see the charts below.) That’s not a huge difference, but it does mean some people will get coverage who wouldn’t have been able to otherwise.

On the other hand, for those living in states that did expand Medicaid, using the higher 2014 FPL as the cutoff for Medicaid eligibility means more people will have access to the program. In states that expand, anyone making less than $15,521 will have the option of enrolling in Medicaid— if they had used the 2013 FPL, only those making less than $15,282 would qualify. Again, not a huge difference, but across a country of 315 million people a significant number will be in that gap.

Two more things to keep in mind about the FPL: 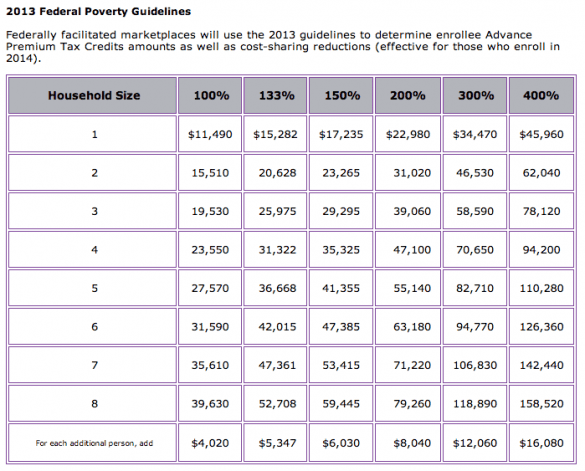 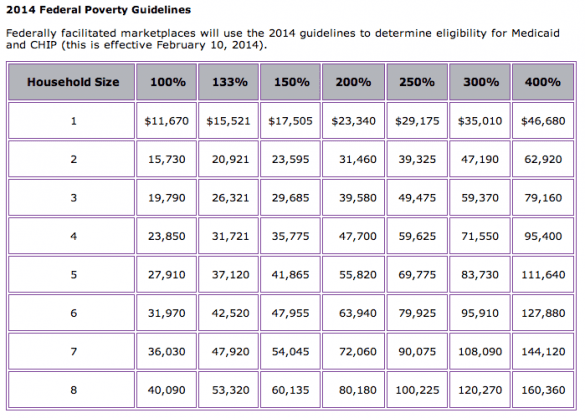 Next post: Can you switch Obamacare plans if you’ve already enrolled? Maybe…

Previous post: CBO: A public option in Obamacare would save enough money to pay for a permanent “doc fix.”