Warning: Use of undefined constant wp_cumulus_widget - assumed 'wp_cumulus_widget' (this will throw an Error in a future version of PHP) in /home/customer/www/whatifpost.com/public_html/wp-content/plugins/wp-cumulus/wp-cumulus.php on line 375
 Why Obama’s Supreme Court comments made sense
≡ Menu 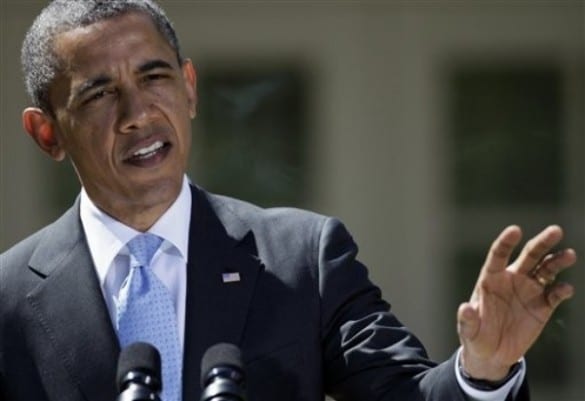 We were planning to do a new post on President Obama’s comments about how the Supreme Court will rule on health reform, and why the controversy surrounding them is dumb. But it looks like The New Republic’s fantastic health care reporter Jonathan Cohn already beat us to it.

The intimidation charge was just silly. Obama told reporters he was “confident” the Supreme Court would uphold the Affordable Care Act. That’s the sort of thing politicians say all the time. Intimidating the court would have been threatening to disregard it, as President Andrew Jackson is said to have done in 1832—or, perhaps, hauling the justices before congressional committees, as President-wannabe Newt Gingrich promised to do just a few months ago. At most, Obama was warning that he took the case seriously and was prepared to criticize the court, loudly, if it ruled the law unconstitutional. Surely that’s within acceptable bounds of presidential behavior.

As for the accuracy of Obama’s claim, the critics have a point, albeit a small one: The president got a few facts wrong with the first of his two statements. Obama said a decision invalidating a duly passed law would be “unprecedented,” when, in fact, the Court has invalidated duly passed laws, from both Congress and state legislatures, throughout its history. This particular group of justices did it less than two years ago, via the infamous Citizens United decision striking down parts of the McCain-Feingold campaign finance law.

I assume that Obama, a graduate of Harvard Law School, is aware of these facts. But if you are one of those people convinced Obama is really a dullard who can’t get by without his teleprompter, then go wild. This is your moment.

What’s more important, for the rest of us, is that Obama corrected and clarified the misstatement one day later. Striking down this sort of economic legislation, Obama said, would be unprecedented in the modern era—and reminiscent of the early 20th Century, when the Court threw out multiple pieces of economic regulations from the Progressive Era and then the New Deal. Here’s how Obama put it, word for word:

“We have not seen a Court overturn a law that was passed by Congress on a economic issue, like health care, that I think most people would clearly consider commerce—a law like that has not been overturned at least since Lochner. Right? So we’re going back to the ’30s, pre New Deal.”

This claim has also drawn criticism from the right. But it is totally defensible.

I’ve tried to make the case previously for why a decision striking down even part of the Affordable Care Act would be so brazen and unjustified (and quite unlike more defensible instances of judicial activism, such as Brown v. Board of Education): It’d be a five-to-four vote, along party lines, overturning a sweeping legislative initiative on what would be, at best, shaky constitutional arguments. That hasn’t happened since those early New Deal cases, just as Obama suggested.

Next post: Non-story of the Week: Misleading study claims that “Obamacare” increases the deficit