Warning: Use of undefined constant wp_cumulus_widget - assumed 'wp_cumulus_widget' (this will throw an Error in a future version of PHP) in /home/customer/www/whatifpost.com/public_html/wp-content/plugins/wp-cumulus/wp-cumulus.php on line 375
 Why are Republicans so upset by health reform?
≡ Menu

Why are Republicans so upset by health reform? 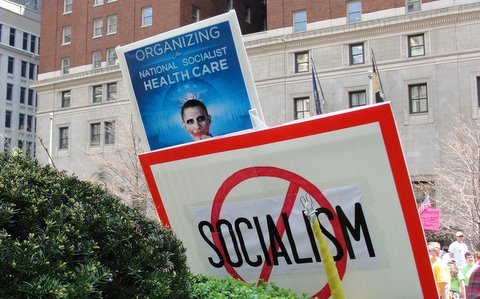 In our last post we mentioned that if you look at the recent history of health care reform and what’s actually in the new law, the response from both parties seems off.  Today we’ll look at the Republican response, and in our next post we’ll look at the Democrats.

Here’s why we don’t understand the Republicans’ all out attack on health care reform:  Most of what’s in the new law are things they supported in the past.

1993: Republican Proposal for Health Reform
In response to the Clinton administration’s ultimately unsuccessful push for health care reform, the Republicans put forth their own bill– the Health Equity and Access Reform Today Act of 1993:

When this bill was proposed by Senator John Chafee (R-RI) back in 1993 it attracted 18 Republican cosponsors, including some of the same senators who have called Obama’s plan a government takeover of health care.  For example, Senator Orrin Hatch (R-Utah), called the current health reform law a “step-by-step approach to socialized medicine” that threatens the existence of the two-party system.  He was a cosponsor of the 1993 Republican bill.

2006: Massachusetts
An even more recent example of Republicans supporting a health reform nearly identical to the Affordable Care Act, was in Massachusetts.  Republican Governor Mitt Romney negotiated a health care bill with the Democratic controlled legislature in 2006 that:

The Heritage Foundation, a leading conservative think tank (which counts Rush Limbaugh and Sean Hannity as proud members), worked with Mitt Romney and even sent representatives to the signing of the Massachusetts law.  Yet they’ve aggressively attacked the same ideas in President Obama’s plan.  The website Think Progress compiled a list of some of their most blatant contradictions:

– 2006, Heritage On Romney’s Individual Mandate: “Not an unreasonable position, and one that is clearly consistent with conservative values.” [Heritage, 1/28/06]

– 2006, Heritage On Romney’s Medicaid Expansion: Reduced “the total cost to taxpayers” by taking people out of the “uncompensated care pool.” [Heritage, 1/28/06]

Why the all-out attacks then?
Given this history, it’s hard to believe that most Republican leaders really think Obama and the Democrats’ approach to health reform is a socialist “government takeover.”  Sure there may have been elements that they disagreed with, but they could have negotiated to change certain provisions in exchange for voting yes on the final bill.

They didn’t.  The only Republicans who even hinted that they might vote for the final bill were from Maine.  Republicans instead decided to take Weekly Standard editor Bill Kristol’s advice:

“With Obamacare on the ropes, there will be a temptation for opponents to let up on their criticism, and to try to appear constructive, or at least responsible.  My advice, for what it’s worth:

Resist the temptation. This is no time to pull punches. Go for the kill.”

It appears that Republicans tried to kill the bill, not because they thought it was fundamentally bad policy, but simply because it would help them politically.  In the words of Rep. Jim Demint, they hoped it would be Obama’s “Waterloo.  It will break him.”

As cynical as this strategy may be, it worked the last time around.  Clinton’s failure to pass health reform is often cited as a major factor behind the Republican take over of the House in 1994.  We’ll find out in November how well the strategy has worked this year.