Warning: Use of undefined constant wp_cumulus_widget - assumed 'wp_cumulus_widget' (this will throw an Error in a future version of PHP) in /home/customer/www/whatifpost.com/public_html/wp-content/plugins/wp-cumulus/wp-cumulus.php on line 375
 White House delays employer mandate (again). Here’s what that means (again)
≡ Menu 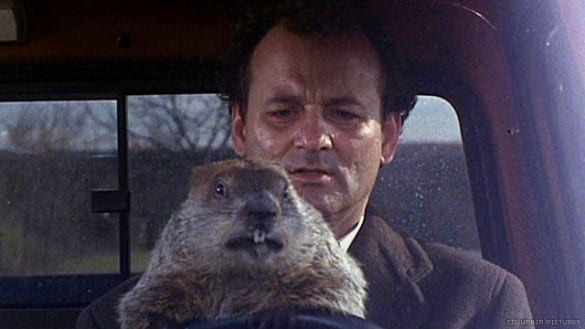 You know the movie Groundhog Day, where Bill Murray relives the same day over and over again? Something similar is happening with the Obamacare debate.

How the latest delay works

Just as each of Bill Murray’s Groundhog Days is slightly different, the latest employer mandate delay is a bit different from last summer’s– that one delayed the entire thing for a year, while this latest announcement delays just part of it. Starting in 2015, businesses with 100 or more employees will still be subject to the employer mandate, but a lighter version: they’ll only have to offer coverage to 70% of their full-time employees, rather than 95%, which is what the law says. That 95% requirement won’t kick in until 2016.

Meanwhile, medium-sized businesses– those with between 50 and 99 full-time workers– are totally exempt from the mandate for another year, if they certify to the federal government that they’re not firing employees or cutting hours just to get under the 100 employee threshold. They also can’t drop coverage if they provide it already.

Our answer is the same as last time: probably not. While the President can’t simply refuse to set up a law– the constitution says the executive branch “shall take care that the laws be faithfully executed”– he does get leeway in how it’s done. The 1946 Administrative Procedures Act gives the executive branch some discretion in establishing regulations (like the employer mandate), although courts can step in if a required action has been “unreasonably delayed.” However, writes Simon Lazarus, senior counsel at the Constitutional Accountability Center:

Courts have found delays to be unreasonable only in rare cases where, unlike this one, inaction had lasted for several years, and the recalcitrant agency could offer neither a persuasive excuse nor a credible end to its dithering.

Also, as we pointed out the last time around, for the courts to intervene, somebody has to sue, and in order to sue, you need to have “standing”– in other words, you need to show that you’ve been harmed, or expect to be harmed by an action (or inaction). And in the case of the employer mandate delay, that would be tricky, says Nicholas Bagley, a professor of law at the University of Michigan:

Republican complaint #2: Why did Obama delay the mandate for business but not for individuals?

We can see why Republicans dusted off this talking point, since last time around even the Daily Show’s Jon Stewart thought it made sense. We devoted an entire post to this one after he asked Kathleen Sebelius the same question back in October. Sebelius’ response was underwhelming, but there’s actually a very good explanation: the individual mandate is crucial to the success of the law, but the employer mandate is not.

While they’re both called “mandates” they actually serve very different purposes. The individual mandate exists to ensure that not just sick people sign up for coverage, causing premiums to skyrocket. As we wrote in October:

It may sound unfair that some people have to buy insurance “for the greater good” as Stewart puts it, but it also prevents them from freeloading. Even healthy people get sick and have accidents, and if they choose to go without insurance, then the rest of us end up paying their ER bills– hospitals charge insurers more to make up for what they lose on “uncompensated care.”

The employer mandate, on the other hand, doesn’t really affect whether or not the law works. Right now 96% of large employers already provide health insurance to full-time employees, and very few are expected to offer or drop coverage as a result of the new law. Massachusetts passed an employer mandate as part of its health reform seven years ago, and employer coverage barely budged. Linda Blumberg, an economist at the Urban Institute ran a simulation of what would happen if Obamacare had been in effect last year and found that removing the employer mandate would increase the uninsurance rate by just 0.1%. As she told The Washington Post:

“The employer mandate has extraordinarily little impact on coverage. It doesn’t effect behavior much at all.” 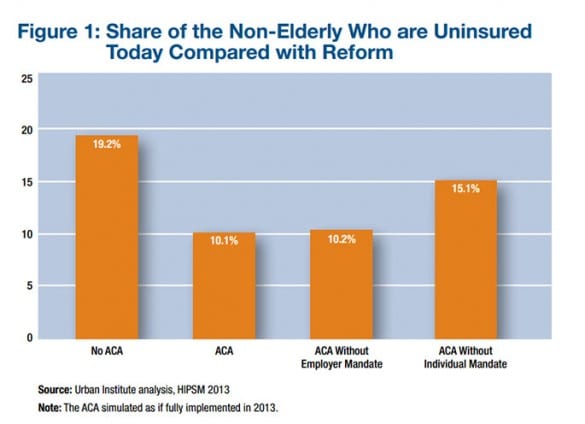 What the employer mandate does do is generate money to help pay for Obamacare, mostly from employers who choose to pay the penalty rather than provide coverage. According to the latest CBO report, the first one-year delay cost the federal government $12 billion. (No word yet on how much this latest delay will cost.)

Still, while delaying the employer mandate is pricey, it’s not devastating to the main goal of Obamacare: providing affordable coverage to those without insurance. Delaying the individual mandate, on the other hand, would be.

If you missed our coverage of the employer mandate the last time around, you can check it out here– again, it’s all still relevant now:

We’re sure that the CBO report won’t the last time the media misreports healthcare figures, and we can guarantee the employed mandate delay won’t be the last time congressional Republicans feign outrage over some Obamacare development. But we’re kind of in a rut here– hopefully the next bit of healthcare news that pops up is actually, well, new.

Previous post: The interesting stuff in the latest CBO report