Warning: Use of undefined constant wp_cumulus_widget - assumed 'wp_cumulus_widget' (this will throw an Error in a future version of PHP) in /home/customer/www/whatifpost.com/public_html/wp-content/plugins/wp-cumulus/wp-cumulus.php on line 375
 Which party is serious about tackling Zika? Probably not the one that refuses to cut short its summer vacation
≡ Menu

Which party is serious about tackling Zika? Probably not the one that refuses to cut short its summer vacation 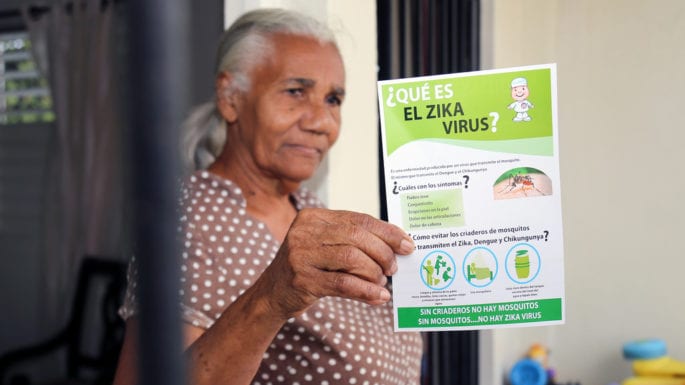 We haven’t written much about Zika yet, mostly because there are already a ton of great resources explaining pretty much everything you need to know about the virus. In particular we’d recommend:

Also, Zika hasn’t sparked the same kind of public alarm that past outbreaks have, which in some ways is good, since there’s less misinformation floating around. It seems like there’s a general awareness that it’s spread primarily by mosquitos, but can also be transmitted sexually; and that the main risk is for pregnant women, because the virus can cause severe birth defects like microcephaly (although we should point out the World Health Organization estimates that only 1% of women with Zika will have a baby with birth defects). The vast majority (80%) of people who contract the Zika virus won’t show any symptoms; a minority (about 20%) will show minor symptoms like fevers, aches, headaches, and rashes; and in a very small number of cases (1 in 4,000) it can cause Guillain-Barré, a neurological condition that can sometimes lead to temporary paralysis.

However, perhaps because there hasn’t been a major public outcry, Congress has been slow to respond– even though that 1% risk to fetuses was enough for the WHO to declare a public health emergency back in January. Lawmakers on both sides of the aisle say that securing more Zika funding is critical, yet somehow Congress left for summer break without authorizing new funding. Meanwhile, the disease has arrived in the U.S.– it’s now being transmitted by mosquitos in Florida, and a baby born with a Zika-related birth defect died in Texas this week.

And so this week, we’ve seen editorials from Paul Ryan and other prominent Republicans blaming President Obama and other Democrats for blocking Zika funding. That seemed odd given that Republicans are usually the party opposed to new government spending. Turns out that in reality the GOP (1) demanded that the Obama administration use funding meant to prevent another Ebola epidemic, (2) sabotaged a Zika funding bill by adding provisions they knew Democrats wouldn’t agree to, and (3) refused to call Congress back to vote on a clean bill.

The funding battle started in February, shortly after the WHO declared Zika a public health emergency, when President Obama requested $1.9 billion in new funding to deal with the virus. The money would go toward mosquito control, vaccine research, educating providers and the public, expanding laboratory testing capacity, and helping Zika-affected countries control transmission.

Congress responded by… doing basically nothing for two months. Republicans in Congress said that the administration should instead use money that they had appropriated to fight the Ebola epidemic two years ago, now that the World Health Organization had declared the official public health emergency over.

Public health experts tried to explain how short-sighted that would be, given that the money was going toward efforts to prevent future Ebola outbreaks. Former CDC acting director Richard Besser told ABC News:

“By taking money away from Ebola activities and disease surveillance in Africa, we all become vulnerable to the next disease outbreak on that continent. Disease surveillance and response capacity isn’t something that you can just buy. It involves training and supporting people so that when a crisis hits, they can identify the problem quickly and respond effectively. Without sustainable funding, these essential systems are not built and sustained and we all become vulnerable.”

Jonathan Fielding, a UCLA professor of health policy who led a panel that reviewed the performance of the Health and Human Services Department during the Ebola crisis, put it more bluntly:

“You have to think in a broader context. We want to avoid another terrible episode where 11,000 people die.”

But with Congress deadlocked on Zika funding, the White House did shift $510 million originally allocated to fight Ebola in West Africa and $79 million from other public health projects, for a total of $589 million to fight Zika. However, Shaun Donovan, director of the Office of Management and Budget warned that “these repurposed funds are not enough to support a comprehensive Zika response and can only temporarily address what is needed.” The original emergency request of $1.9 billion still stood.

In May, three months after the President’s request for emergency Zika funding, Republicans and Democrats in the Senate agreed to a $1.1 billion funding bill, which passed with the support of 90 senators. House Republicans meanwhile proposed a $622 million bill— just a third of what the White House requested– that would be paid for partially by shifting another $350 million away from Ebola. The bill went to a conference committee to resolve these differences.

Here’s how Paul Ryan described what happened next in a recent editorial for USA Today:

In June, the House approved a plan that provides $1.1 billion in additional funding and includes critical steps — like spraying mosquitoes — to stop the spread of the disease.

One important thing to know about this plan is that it is a compromise. We agreed to the exact level of funding Senate Democrats have supported. Democrats sought to have none of the funding be offset, and we agreed to partially offset it.

Unfortunately, when this plan went to the Senate for a vote, Democrats derailed it. This was despite months of calling for action, and even voting in favor of that exact funding level just weeks prior. They blocked our plan not once, but twice — a blatant ploy in an election year. Because of their actions, this funding is in limbo. It shouldn’t be.

Scott Gottlieb, a conservative health care wonk with the American Enterprise Institute, echoed Ryan in a column for Forbes:

It seems unmistakable that the Obama Administration has tried to leverage wrangling over Zika funding for political advantage. They’ve used seemingly purposeful gridlock to bolster their political rhetoric accusing Republicans of inaction. Yet the House-passed Zika funding bill–supported by Republicans–was a reasonable compromise. But the White House and Senate Democrats summarily rejected it over outlying issues.

Notice the deliberate vagueness– citing the “exact funding level” that Senate Democrats had agreed to and their rejection of the conference bill because of “outlying issues.”

It’s true that the bill came back from the conference committee with the same level of funding that Democrats in the Senate had agreed to (although we should point out, that $1.1 billion was nearly $1 billion short of what the Obama administration had requested). However, the bill also came back from conference with a number of politically charged provisions added by Republicans.

One provision would block any of the Zika money from going to a Planned Parenthood affiliate or other family planning groups in Puerto Rico. Contraception is a key part of the CDC’s plan to control Zika, since the virus can be transmitted sexually. Also, says the CDC, “because of the potential for Zika virus to affect pregnant women and their fetuses, strategies to prevent unintended pregnancy are a critical part of current efforts to prevent Zika-related health effects.” The Planned Parenthood affiliate in Puerto Rico serves thousands of “very young, very poor women” who are most at risk of Zika. Remember that the vast majority of Senate Republicans were willing to vote for a bill without these restrictions.

I didn’t think the GOP could write 1 bill to hurt women, vets, Obamacare, PP, AND clean water all at once – but they did it. #Zika

Normally with a must-pass bill like this, the two sides would continue to negotiate. However, House Republicans made that impossible.

Ahead of the last vote on the conference committee’s bill, Democratic leaders in the Senate sent a letter to majority leader Mitch McConnell and Paul Ryan calling for a new round of negotiations:

“We are writing to urge your cooperation in quickly negotiating an agreement that rejects politicizing disaster response with extreme and unnecessary partisan priorities.”

However the House had already left for its July 4th break ahead of schedule, then returned only briefly before an unusually long summer recess and isn’t scheduled to return until September 6. They will then only be in session until September 30, before adjourning until after the election in November. (If you’re wondering, yes, Republicans control the House calendar. Also, this wasn’t the first time House Republicans left for a break without voting on Zika funding.)

Hillary Clinton and other Democrats have called on Congress to reconvene to negotiate on a Zika emergency funding bill, but as Florida struggles with the arrival of mosquitos carrying the virus (thanks in part to cuts to mosquito control funding by governor Rick Scott), Republican Congressional leaders have shown little willingness to cut short their break.

Republicans are trying to position themselves as the party who want to deal with Zika, while Democrats are blocking a deal. It seems to us though that the party who’s calling for negotiating is the party that’s serious about tackling the virus– not the party that wants to continue its summer vacation as what little Zika funding there is runs out.

Previous post: House Republicans still don’t have a real replacement for Obamacare, so they’ve tried to Billy Madison one