Warning: Use of undefined constant wp_cumulus_widget - assumed 'wp_cumulus_widget' (this will throw an Error in a future version of PHP) in /home/customer/www/whatifpost.com/public_html/wp-content/plugins/wp-cumulus/wp-cumulus.php on line 375
 What’s in the new health care law? Part I: The exchanges
≡ Menu

What’s in the new health care law? Part I: The exchanges 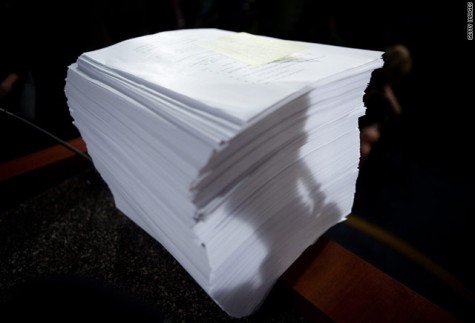 Now that health reform has been passed, we keep getting the same question over and over: “So… what’s in it?”

The short answer:  a lot of stuff. The final legislation was over 2,000 pages and covered everything from changes in the way government pays for wheelchairs to a totally new system for buying insurance. Now that we don’t have to worry that the entire thing will be changed tomorrow, we figured that it’s about time to take a closer look at what all made it into the final version.

There were ten different Titles in the bill, each dealing with a different part of the health care system. Today we’ll start with Title I, which covers the biggest change to the current system: health exchanges and new rules for insurance companies.

Why do we need exchanges?
Right now, if you need to buy health insurance it’s a mess:

Exchange are a more regulated way to buy insurance.

How will the exchanges work?
An exchange is really just an independent agency that will connect you to insurance. You’ll be able to look on one website or call one phone number to compare every insurance plan in your area.

Four different categories of insurance will be available to everyone: Bronze, Silver, Gold, and Platinum plans. The categories are based on the “actuarial value” of the plans, which if you’re not an actuary, probably means nothing to you.  All you really need to know is that Bronze and Silver plans will have lower monthly premiums, but higher deductibles and copays. Gold and Platinum plans will have lower deductibles and copays, probably cover more extras, but will cost more.

There’s also a fifth category: people under 30 will be able to buy catastrophic coverage. Catastrophic coverage has a very high deductible- it’s only meant to kick in if something serious happens to you. However, the first three primary care visits every year will be free.

And so, the final law puts states in charge of setting up and running the exchanges.

Who’s eligible to buy insurance in the exchanges?
American citizens and legal immigrants.

What will be covered?
Every plan will have to cover certain essential benefits: it’s up to the department of Health and Human Services to decide what exactly those will be, but the new law lays out some guidelines.  In general, plans will have to cover:

Plans DO NOT have to cover abortion.

How much will insurance cost on the exchanges?
It depends. Insurance companies will be able to set their own premiums but there are some rules:

Will I have to buy insurance?
Yep. If you don’t buy insurance you won’t go to jail or anything, but you will have to pay a tax penalty. They’re phasing the penalty in gradually during the first few years:

What if I can’t afford insurance?
There will be help, based on income:

To see how much you’ll pay in premiums, the nonpartisan Kaiser Family Foundation has a great subsidy calculator. Just type in your income and your age– it spits out a bunch of information, but the line that says “Amount you pay for the premium” is how much you’ll pay for insurance annually if you get the silver plan.

Also, if you can’t find a plan that costs less than 8% of your income, then you won’t have to pay the penalty for not having insurance.

Anything else I should know?

What if I get health coverage through my job- does any of this affect me?
Not really, although you have to admit it’s nice to know that you’ll be able to get coverage if you lose your job.

Oh, but if you work for a company with more than 50 employees that doesn’t offer health care, they’re going to have to pay a tax penalty. They might start offering coverage so they don’t have to pay the tax.  Small businesses won’t have to pay the penalty, but they will get credits to help them offer insurance to employees. And since the health exchange for small businesses should make it easier for them to find affordable coverage, they might begin to offer coverage too.

How do I know that the exchanges are gonna work?
An interesting part of the new law: members of Congress will be required to get their insurance through the exchanges. They’ll be keeping a close eye on the new program to make sure it works for them.

All right, that’s it for this section. Tommorow we’ll talk about Title II: Changes to Medicaid and SCHIP.

Next post: What’s in the new health care law? Part 2: Medicaid and SCHIP