Warning: Use of undefined constant wp_cumulus_widget - assumed 'wp_cumulus_widget' (this will throw an Error in a future version of PHP) in /home/customer/www/whatifpost.com/public_html/wp-content/plugins/wp-cumulus/wp-cumulus.php on line 375
 What’s in the new health care law? Part 8: The CLASS Act
≡ Menu 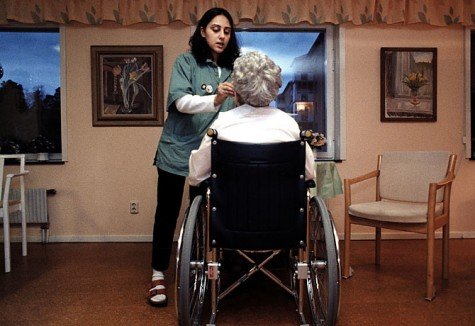 [UPDATE: In October 2011, the White House announced it was suspending the CLASS Act, saying that there was no way to implement the program that meets all the law’s requirements. For more on the decision, check out our primer here. In January 2013 it was officially repealed, and a 15-person commission was created to develop a new plan for long-term care.]

Wow, with all the controversy and drama surrounding the public option, it’s surprising that the Community Living Assistance Services and Supports (CLASS) Act made it into law with barely a peep. It’s basically a public option for long term care.

The CLASS Act is a legacy of Senator Ted Kennedy, who pushed for its passage as a way to improve the options for the elderly and disabled who need long term care. Long term care means help with activities of daily living- things like eating, bathing, dressing, getting out of bed, using the toilet- for people who become disabled. Researchers at Georgetown University estimate that more than 10 million Americans require long term care, nearly 60% of them are 65 or older. And that care is expensive- according to the U.S. Department of Health and Human Services, nursing home costs average over $70,000/year, and home health services average $29/hour.

If you needed long term care before the passage of the CLASS Act, you had limited options. Medicare doesn’t cover long term care, just short term nursing home stays and home health. So you could either:

Here are some more details on the plan from the New York Times:

The program is not designed to pay the entire cost of long-term care, which can be staggering, but it could nevertheless provide substantial help with the burden. And because beneficiaries will receive cash — the projected minimum average is $50 a day, depending on how disabled they are — they can choose the kind of assistance that best suits their needs: several hours’ daily help from a home care aide (including a family member or a neighbor), participation in an adult day program, adaptations to their own homes, or a move to assisted living or a nursing home, though advocates argue that the program will help the disabled stay in their homes.

The most important details still have to be worked out. The Secretary of Health and Human Services has the final authority to establish premium levels and an average daily benefit, but a number of independent groups have come up with estimates of what will be needed to make the program self-sustaining.

One concern is that since the program is voluntary that participation will be too low (right now only 5% of Americans have private long term care insurance). As an article in Time magazine explains:

Such low participation would not allow risk to be spread out enough to keep premiums affordable; in that case, the program could end up in an “insurance death spiral,” in which premiums are so high, only those who know they’ll need coverage sign up, driving up premiums even further until they are unaffordable for everyone.

Insurance companies get around this problem by denying coverage for pre-existing conditions. The government won’t be doing that, but by making this insurance only available to people who are employed, they are ensuring a pool of applicants who are at least healthy enough to hold a job. This approach may make the program more sustainable, but unfortunately it means the program won’t help those who are currently disabled.

Still, advocates for the elderly and disabled are celebrating. James P. Firman, president of the National Council on Aging, says “Long-term care is a big worry for people.  We think there will be a great deal of relief.”

[This post is part 8 of a ten part series on what’s in the Patient Protection and Affordable Care Act. Click here to check out other sections.]

Next post: What’s in the new health law? Part 9: Paying for it