Warning: Use of undefined constant wp_cumulus_widget - assumed 'wp_cumulus_widget' (this will throw an Error in a future version of PHP) in /home/customer/www/whatifpost.com/public_html/wp-content/plugins/wp-cumulus/wp-cumulus.php on line 375
 What’s in the new health care law? Part 7: Prescription drugs
≡ Menu 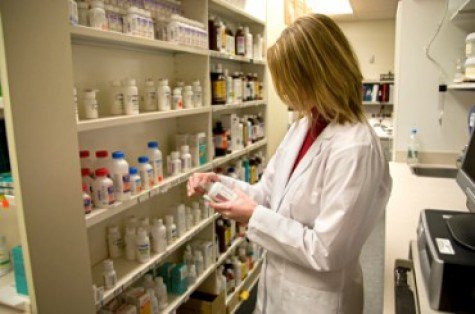 There isn’t much in the new health care law dealing with prescription drugs, mostly thanks to a deal the Obama administration made with PhRMA, the drug industry’s lobbying group.  The details are a little unclear, but in general the drug companies agreed to $80 billion in cuts over the next ten years, but no more.  In exchange for this limit on the amount they’d have to cough up in the health care bill, the drug industry agreed to support reform.

Most of the $80 billion got eaten up in the Medicaid and Medicare sections of the bill:

And so in section of the law dealing with pharmaceutical companies, there are really only two major provisions:

1. A pathway for generic versions of biologics
The term biologics refers to anything used to treat patients that is created by biological processes- vaccines, blood, tissues, things like that.  That includes new drugs, like recombinant DNA technology (building DNA sequences to create hormones, antibodies, proteins, etc. to target specific diseases), which are being manufactured using living tissues and microorganisms.

These new biologic drugs  involve larger, more complex molecules than the simpler “small-molecule drugs” we usually think of when we talk about medication.  The manufacturing process is also more complicated, making the creation of generic biologics much more difficult.

For example, if you want to make a generic version of a traditional Aspirin, you mix some chemicals–in this case acetyl chloride with sodium salicylate– and you’ve got the exact same product that Bayer sells.   But let’s say you want to create a generic version of a hybridoma (a type of biologic made by fusing a B-cell with a cancer cell to produce a specific type of antibody).  Even if you figure out a way to make it, your generic version might be less safe or perform differently than the original.

Because they aren’t exactly the same as the drugs they’re replacing, generic biologics are usually called “biosimilars” or “follow-on biologics” (FOB’s).  The creation of biosimilars could help save some of the $40 billion that consumers spend on biologic drugs every year, but until now there has been no way to get approval from the FDA.  The new health reform law finally lays out strict new regulations for the creation of these generic drugs.

However, the new law also grants original manufacturers a 12 year period of exclusivity.  The exclusivity period for a new drug is kind of a reward to drug companies for innovating- the drug company gets to make a ton of money as the only manufacturer for a limited time, then generics can step in so there’s market competition to keep costs down.

The Federal Trade Commission thinks that the 12 year period of exclusivity for biologics is much too long, because:

In other words, the FTC is saying that drug companies won’t need that long 12 year exclusivity period as an incentive to innovate. They’ll still make plenty of money by dominating the market for that drug– the competition from generics will just force them to keep prices reasonable.

What’s Not In the New Law
Here are some ideas for saving money on prescription drugs that were not included in the new health care law, as a result of the Whitehouse-PhRMA deal:

The Obama administration has argued that the PhRMA deal only applied to the comprehensive health reform bill, and that they can pursue these other ideas in separate pieces of legislation.  Hopefully they will.

[This post is Part 7 of a ten part series on what’s in the Patient Protection and Affordable Care Act.  Click here to check out other sections.]

Next post: What’s in the new health care law? Part 8: The CLASS Act