Warning: Use of undefined constant wp_cumulus_widget - assumed 'wp_cumulus_widget' (this will throw an Error in a future version of PHP) in /home/customer/www/whatifpost.com/public_html/wp-content/plugins/wp-cumulus/wp-cumulus.php on line 375
 What’s in the new health care law? Part 5: More doctors and nurses
≡ Menu 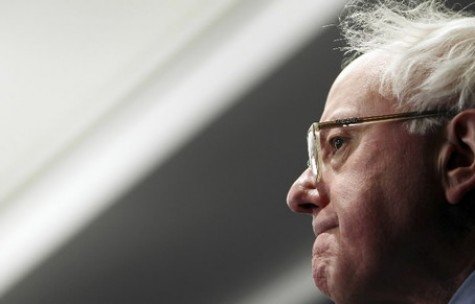 When we talk about health care, people tend to talk about insurance. But equally important is access. You need to be able to find a primary-care physician and a dentist and a mental-health counselor.
-Vermont Senator Bernie Sanders

The new health reform law is the biggest expansion of health  coverage since the creation of Medicare and Medicaid over 40 years ago.  An estimated 30 million Americans who don’t have insurance will now be covered.  But here’s the thing– even people who have insurance now often have trouble seeing a doctor when they need to.  With 30 million more potential patients entering the system, how can we ensure that everyone has access to doctors?

And so most medical students look for careers in other fields of medicine- for example, at Mass General only 1 in 50 students was planning to become a PCP.

Meanwhile, Bob Wachter, Chief of Hospital Medicine and Medical Service at UCSF, explains how those who do become PCP’s are responding:

“The dwindling number of PCPs who remain in practice are being far more discriminating about the patients – and insurance payments – they will accept. With Medicare reimbursement tightening, Medicaid reimbursement near Starbucks barista levels, and states proudly providing subsidized insurance at Medicaid-like reimbursement rates, the result is primary care “access” that sounds good in a press conference but is not real.”

PCP’s are in such high demand that they can turn away Medicaid and Medicare patients in favor of patients with commercial insurance that pays better.  Nearly 30% of Medicare recipients have reported trouble finding a primary care physician, and in many places less than half of all PCP’s will accept new Medicare patients.  As for Medicaid patients, it can be almost impossible to find a primary care doctor- Medicaid only pays 66% of Medicare’s already low rates.  For the health reform bill this is a major concern.  As many as 15 million of the newly insured will be covered under Medicaid.

Fortunately, even though it was largely ignored in the health reform debate, the new law at least starts to tackle the issue of access.

Addressing Primary Care Shortages
Both bills would both make grants and loan assistance available to some primary care physicians, particularly those serving in high need areas.  The Senate Bill will give the National Health Service Corps enough money to forgive the debt of 20,000 students to practice in underserved communities.

Besides the NHSC, there are grants for providers in high need areas- pediatricians, behavior and mental health specialists, and public health professionals will all be eligible for loan forgiveness.  There’s also money for training programs  in primary care, nursing, dentistry, mental/behavioral health, and long term care.

Community Health Centers
The new law provides $11 billion for the creation and expansion of Community Health Centers.  The first CHC’s opened in 1965, and there are currently over 1,200 in operation around the country.  The tasks of a primary care visit are divided up amongst a team of doctors, nurses, nurse practitioners and physical therapists.  Doctors address the more serious problems, and the other professionals then follow-up with the patients on medication, diet and exercise plans.

Importantly, CHC’s serve low income patients with limited access to health care.   They accept private insurance, Medicare and Medicaid recipients, and those without insurance pay on a sliding scale.  CHC’s are among the few places where Medicaid patients can count on access to basic primary care.  For many, the only other option is the emergency room, which is of course a ridiculously expensive way to get primary care treatment.

Sen. Bernie Sanders, who worked to get $10 billion worth of funding for CHC’s in the Senate bill says that the provision will create or expand CHC’s in 10,000 communities, providing primary care for an additional 25 million people.

According to a study done by George Washington University, the investment in CHC’s will pay for itself by saving Medicaid $23 billion over five years on reduced emergency room use and hospital costs.  Sanders calls it a “revolution in primary health care.”

Increasing payments to PCP’s
In Medicaid:

Establish a Reserve Ready Corps of doctors and nurses
Many people might not be aware of it, but the U.S. Public Health Service Commissioned Corps is made up of more than 6,000 full-time, public health professionals.  It mobilizes to respond to public health disasters, like Hurricane Katrina for example, and between crises it’s involved in disease control and prevention.

Just like there’s a reserve program for the military, the new law would establish a reserve corps of doctors and nurses who could be called up during national health emergencies to supplement the Commissioned Corps.

That’s the gist of the provisions for recruiting more doctors, nurses, and public health professionals.  (If you want to see the exact dollar amounts for all the grants and loan forgiveness programs, the text of the bill is available here.)  Next time we’ll look at new rules to fight Medicare fraud and make the health system more transparent.

[This post is Part 5 of a ten part series on what’s in the Patient Protection and Affordable Care Act.  Click here to check out other sections.]

Next post: What’s in the new health law? Part 6: Transparency