Warning: Use of undefined constant wp_cumulus_widget - assumed 'wp_cumulus_widget' (this will throw an Error in a future version of PHP) in /home/customer/www/whatifpost.com/public_html/wp-content/plugins/wp-cumulus/wp-cumulus.php on line 375
 What the Florida court ruling means for reform
≡ Menu

What the Florida court ruling means for reform 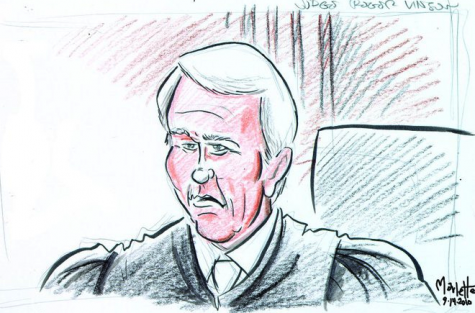 The ink was barely dry on President Obama’s signature when opponents filed the first lawsuit against the Affordable Care Act– a joint suit brought by Republican attorneys general of 13 states. (More states joined later, bringing the total to 26.)  Last week, Florida judge Roger Vinson ruled– as expected–that the individual mandate in the new law is unconstitutional.

The tally of court decisions is now 2-2, straight down partisan lines: two judges appointed by Democratic administrations have ruled that the mandate is constitutional, while Vinson is the second Republican-appointed judge to rule that it’s not.  (And a dozen other judges declined to even hear the case.)

Jonathan Cohn of the New Republic has an excellent article making the case for why the mandate is constitutional.  However, this latest ruling out of Florida is significant for another reason. Judge Vinson didn’t just rule against the mandate– ignoring decades of legal precedent, he struck down the entire Affordable Care Act.

“Generally speaking, when confronting a constitutional flaw in a statute, we try to limit the solution to the problem, severing any ‘problematic portions while leaving the remainder intact.’”

Now, there are rare occasions when a problematic provision can’t be severed from the rest of the law.  To determine whether an entire law must be struck down, courts use a two-part test:

If there aren’t clear answers to either of those questions, then Courts will allow the rest of the law to stand.  That’s why Judge Henry Hudson, the other Republican judge who ruled against the individual mandate, left the rest of the law intact.  He said in his decision:

“It would be virtually impossible within the present record to determine whether Congress would have passed this bill, encompassing a wide variety of topics related and unrelated to health care, without Section 1501 [the individual mandate]…Therefore, this Court will hew closely to the time-honored rule to sever with circumspection, severing any ‘problematic portions while leaving the remainder intact.’”

However, Judge Vinson decided that the individual mandate fails both parts of the two-part test.  His logic is… interesting.

Part 1: Would the statute still function without the provision?

Judge Vinson points out that the government’s lawyers “refer to [the mandate] as an ‘essential’ part of the Act at least fourteen times in their motion to dismiss.”  But he also notes, “The defendants have identified several provisions that they believe can function independently.”

It’s more than just a few provisions. The individual mandate only affects insurance regulations, and nine out of the bill’s ten titles have nothing to do with private insurance– instead they deal with Medicare, Medicaid,  improving the quality of care, Indian Health services, etc.  In fact in the entire bill there are exactly two references to the mandate: in the table of contents and in the provision itself.

Even in the one and only title dealing with insurance regulations, everything can function without the mandate– just not as well.  Cornell University law professor Michael Dorf puts it this way:

“The mandate was certainly going to help the goals of the law. But it wasn’t so essential that we can assume Congress wanted the whole thing to come unglued if you take this piece out.”

But instead of deferring to Congress and health care experts, Judge Vinson comes to his own conclusion: “The Act, like a defectively designed watch, needs to be redesigned and reconstructed by the watchmaker.”

Test 2: Would Congress want the law to stand without the mandate?

Remember that Judge Hudson said it was impossible to determine whether Congress would still have passed the Affordable Care Act without a mandate. However, Judge Vinson believes otherwise, based on something they didn’t include in the new law.

Often when Congress writes a bill, they’ll include what’s called a “severability clause,” which simply states that even if one provision is struck down, everything else will stay intact.  The Affordable Care Act doesn’t contain such a clause, although no one can say for sure why. It’s possible that Senate Democrats just forgot to include it.

In any event, that lack of a severability clause shouldn’t be a big deal– courts almost always assume that provisions are severable unless Congress clearly says otherwise. Vinson, however, turns that long-standing rule on it’s head, stating in essence the opposite: that if Congress had wanted provisions severable it would have written it into the bill.

Invalidating the whole law is an extremely radical step, as the Washington Post’s Ezra Klein notes:

The full ruling has a very Bush v. Gore feeling, as Vinson concedes that his position is activist in the extreme and a break from the court’s usual preference for limited rulings, but says, in effect, that he’s going to do it just this once. “This conclusion is reached with full appreciation for the ‘normal rule’ that reviewing courts should ordinarily refrain from invalidating more than the unconstitutional part of a statute,” Vinson writes, “but non-severability is required based on the unique facts of this case and the particular aspects of the Act. This is not a situation that is likely to be repeated.“

What the Florida ruling means (short answer: not much)
Vinson’s ruling leaves some confusion about what happens next, thanks to some complicated legal stuff.

He issued a declaratory judgement– a declaration that the law is unconstitutional– but didn’t issue an injunction stopping the implementation of the new law.  One Supreme Court expert explains the difference:

If you don’t comply with an injunction, you’re in contempt of court. By contrast, you can “violate” a declaratory judgment with impunity. But in practice parties do not defy DJs. The reason is that, once a DJ had been entered, the person who got it can go back to court and get an injunction automatically, on the basis of the DJ.

If the judge had issued an injunction, the government would definitely seek a “stay pending appeal,” and would probably get it, meaning that implementation of health reform would continue until the Supreme Court settles all of this.  But since the court didn’t issue an injunction, technically the government doesn’t have to stop doing anything.

The danger here though is that states have a number of responsibilities under health reform– setting up the exchanges for instance.  Without something halting Vinson’s ruling, states involved in the lawsuit could argue that they don’t have any obligation to comply with the new law.  This is basically what David B. Rivkin, Jr., a lawyer for the states, told the New York Times, when he said after the ruling:

“With regard to all parties to this lawsuit, the statute is dead.”

(Although, even states involved in the lawsuit are divided on what the ruling means.)

Bottom line though, is that the government will appeal, and health reform will continue for now. Eventually the Supreme Court will have the final word, and most legal scholars think it’s extremely unlikely the court will strike down the entire law.  (And in order to rule against the individual mandate, “Justices Scalia, Kennedy, and Chief Justice Roberts, will have to twist their prior decisions and statements into pretzels,” says attorney and legal writer Simon Lazarus.)

In any event, the soonest the Supreme Court can decide this case would be 2012, probably right in the middle of the presidential campaign.  Should be an interesting year.

Next post: The real reason for health reform waivers