Warning: Use of undefined constant wp_cumulus_widget - assumed 'wp_cumulus_widget' (this will throw an Error in a future version of PHP) in /home/customer/www/whatifpost.com/public_html/wp-content/plugins/wp-cumulus/wp-cumulus.php on line 375
 What the “actuarial value” of an insurance plan means (and why you should ignore it)
≡ Menu 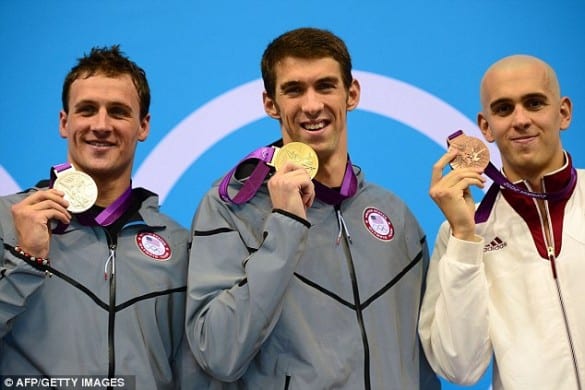 Three young men who are apparently really excited about the actuarial values of their Obamacare coverage.

Recently I was reading a discussion about the Affordable Care Act on a local message board and came across this:

That’s actually not accurate, but it’s a mistake we’ve seen a number of people make.

The 60% she’s referring to is the “actuarial value” of the plan, and yes bronze plans will have an actuarial value of at least 60%. That means that on average, for the entire population covered by a plan, insurance will cover 60% of all medical expenses and out-of-pocket costs (deductibles, copays, coinsurance) will pay for the rest. For silver, gold, and platinum plans the actuarial values are 70%, 80%, and 90% respectively.

A lot of people read that and think that if they have a major medical procedure while enrolled in a bronze-level plan they’d have to pay 40% of it out-of-pocket. So say you have $200,000 in hospital bills (something that happened to a young journalist at Salon, when he was shot during a mugging)– it sounds like you’d be on the hook for $80,000, right? Fortunately that’s not how actuarial value works.

The key thing about actuarial value is that it’s an average across the entire population covered by the plan. But the percentage any given individual pays will be all over the place. So if, like most people, you only use your health coverage for small stuff (like checkups, tests, prescription drugs, etc.), then the percentage of medical costs your plan pays will be a lot less than 60%– almost everything will come out of deductibles and copays. However, if you’re one of the few people who has a major medical expense in a given year, then your bronze-level insurance plan will cover much more than 60% of the cost.

If you have to shop for coverage under Obamacare, you can pretty much ignore actuarial value. Instead you want to look at the deductible, co-pays, coinsurance, and out-of-pocket maximum, and know that the higher you go on the bronze-silver-gold-platinum medal scale, the lower those out-of-pocket costs will be. (Also, if you need to know what any of those terms are, definitely check out our previous post here.)

Next post: Will Pennsylvania’s Medicaid expansion alternative even get approved?