Warning: Use of undefined constant wp_cumulus_widget - assumed 'wp_cumulus_widget' (this will throw an Error in a future version of PHP) in /home/customer/www/whatifpost.com/public_html/wp-content/plugins/wp-cumulus/wp-cumulus.php on line 375
 What happens if you get Obamacare subsidies, but find out later that your income was too low to qualify?
≡ Menu

What happens if you get Obamacare subsidies, but find out later that your income was too low to qualify? 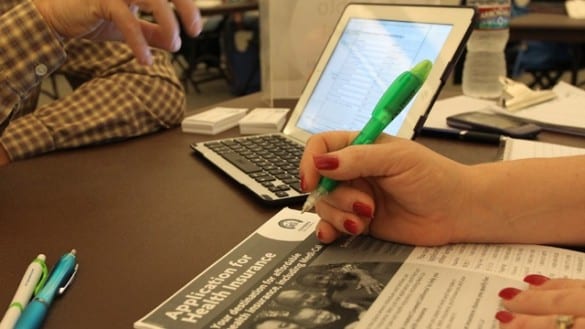 This week, the Kaiser Family Foundation answered addressed a grab bag of questions related to insurance coverage of hearing aids, doctors who drop out of a plan mid-year, and what happens if you receive subsidies for exchange coverage but learn later on you were eligible for Medicaid all along. It’s all useful stuff to know, so we thought we’d share it here.

Q. My doctor is leaving my provider network in the middle of the year. Does that unexpected change mean I can switch to a new plan?

A. Some life changes entitle you to switch plans outside your health plan’s regular annual open enrollment period—losing your on-the-job coverage is one example—but losing access to your doctor generally doesn’t qualify.

There are some exceptions, however. Several states have “continuity of care” laws that allow people to keep seeing a specific doctor after the physician leaves a provider network if they’re undergoing treatment for a serious medical condition, have a terminal illness or are pregnant, among other things. How long a patient is allowed to continue to see that doctor varies by state. It may be 90 days or for the duration of treatment or the end of a pregnancy, for example.

Some seniors in private Medicare Advantage plans may also be allowed to change plans midyear if their physicians or other providers leave their current network, according to rules that went into effect this year.

Q. When my 8-year-old son’s elementary school conducted a hearing and eye exam, he failed the hearing portion and we learned he has moderate to severe hearing loss. I called our insurance company only to find out that it doesn’t cover hearing-related issues or costs associated with devices because it’s deemed not medically necessary. What are middle-income families supposed to do? I can’t be the only mom who can’t come up with $6,000 for the devices and at least that for the specialists he needs to see.

A. Insurance coverage for hearing aids and related services for children and adults is often lacking.

“It is amazing to me that a health plan is happy to pay for Viagra, but can’t pay for hearing aids so a child can go to school and hear well,” says Anna Gilmore Hall, executive director of the Hearing Loss Association of America, an advocacy group.

There are programs that provide financial assistance to help parents afford hearing aids for their children, but they are often limited to low-income families. Some states mandate hearing aid coverage, typically providing up to about $1,500 per year per child, says Suzanne D’Amico, the northeast region Walk4Hearing coordinator at the hearing loss association.

When D’Amico’s daughter was diagnosed with hearing loss seven years ago at age 4, she and her husband put the child’s hearing aids and other services on a credit card. She subsequently lobbied her husband’s company to add a rider to the company health plan that covers a portion of the cost, and now they pay for the rest using pre-tax dollars from their flexible spending account.

“Hearing loss tends to be an invisible condition,” D’Amico says. “It’s about educating the people around you.”

Q. What are the possible repercussions of accepting a tax credit and cost-sharing reductions for coverage on the health insurance exchange and then finding out at the end of the year that your income qualified you for Medicaid?

A. You won’t face any negative consequences. When you visit the health insurance marketplace, the first item of business is to figure out if you’re eligible for Medicaid. If you live in one of the roughly three dozen states that has expanded Medicaid coverage, you could qualify if you earn up to 138 percent of the federal poverty level, or about $16,000 annually. If the exchange estimates that your income will be too high to qualify for Medicaid and sends you to look for subsidized coverage on the exchange instead, you’re in the clear. Under federal rules, you won’t have to repay any premium tax credit or cost-sharing subsidies you received.

But it could be in your best interest to pay attention to how much money you’re making in any case.

“If in the course of the year you realize your income has significantly gone down, you may want to check out your eligibility for Medicaid,” says Judith Solomon, vice president for health policy at the Center on Budget and Policy Priorities.

Medicaid, after all, may be cheaper or offer better coverage than your exchange plan.

Next post: Three studies that show why it’s so hard to figure out what foods you “should” be eating

Previous post: Here’s why you should just ignore stories about Obamacare rate increases for now