Warning: Use of undefined constant wp_cumulus_widget - assumed 'wp_cumulus_widget' (this will throw an Error in a future version of PHP) in /home/customer/www/whatifpost.com/public_html/wp-content/plugins/wp-cumulus/wp-cumulus.php on line 375
 What each candidate ACTUALLY proposes for Medicare
≡ Menu

What each candidate ACTUALLY proposes for Medicare 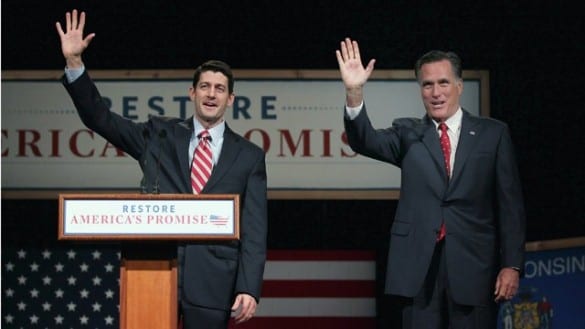 Who have ten fingers and supported bills that include the exact same cuts they now say are “gutting Medicare”? These guys!

The moment Mitt Romney announced Wisconsin Rep. Paul Ryan as his running mate, we knew we’d be hearing a lot more about Medicare. With accusations flying back and forth, it can be a little hard to figure out what the candidates’ actually propose to do about the program, so we’ve made this brief guide to each of their plans. 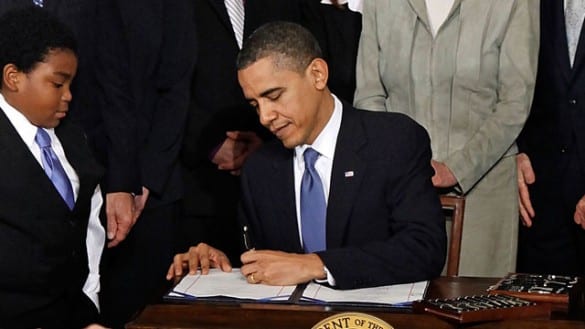 So far, Romney and Ryan have made two contradicting claims about President Obama:

First, Obama does have a plan to reduce Medicare spending; in fact, it’s already been passed into law– it’s called the Affordable Care Act. In the new law, the biggest savings come from three places:

Does  Obama’s plan “cut” $716 billion from Medicare?: If you add that all up, yes, it comes to about $716 billion in reduced Medicare spending over the next ten years. Some have argued that the term “cuts” is a little misleading though. As CNN’s Soledad O’Brien in the clip below, these reductions don’t take mean we’ll be spending $700 billion less on Medicare than we are right now– they will slow the expected growth of Medicare by that much. (Reducing future Medicare costs, by the way, is exactly what Mitt Romney says we should be doing.) 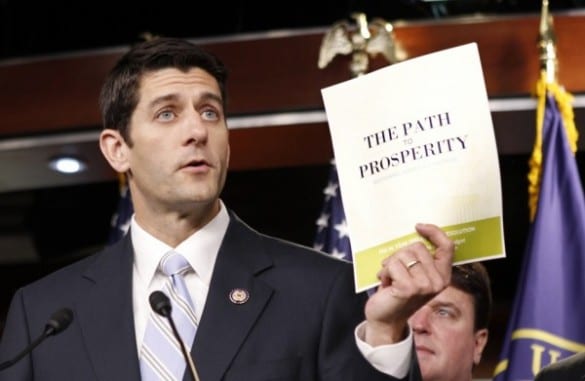 Paul Ryan has actually developed two plans for Medicare. The first was released in mid-2011, as part of budget proposal he called the “Path to Prosperity.” Here are the highlights (from a longer post we did back when he released it).

Current seniors would lose the benefits they’ve gained under the Affordable Care Act (free preventive care, filling the prescription drug “donut hole” and expanding Medicaid); but nothing else changes. For anyone younger than 55, though, he would eliminate the current Medicare system and replace it with a voucher program (he calls it “premium support”):

There are a couple glaring issues here. For one, buying the traditional Medicare package from private insurers would be much more expensive. The nonpartisan Congressional Budget Office estimated that total health care costs for a typical senior would be 40% higher under Ryan’s plan. It still saves the government money though, by shifting those costs onto seniors themselves. 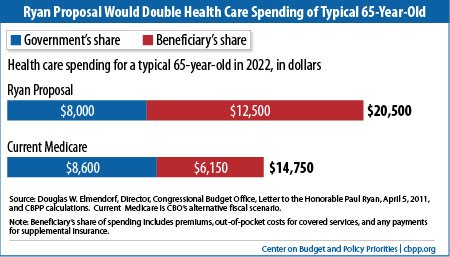 But it gets worse, as we pointed out last May:

The vouchers will grow at rate of inflation, which sounds reasonable, except health care costs almost always grow faster than inflation– often by twice as much. Which means that over time Ryan’s vouchers will pay for less and less coverage. The CBO says that by 2030, the typical beneficiary would be expected to pay more than two-thirds of their medical costs.

Now, Ryan and his supporters would argue that increased competition between insurance companies as they competed for seniors business would bring prices down. But if this competition doesn’t work– and there’s good reason to think that it won’t (remember what happened with Medicare Advantage?)– it’s seniors who would pay the price.

Does Ryan’s budget “cut” $716 billion from Medicare: YES, it does. Ryan’s budget repeals the entire Affordable Care act, except the reductions in Medicare spending. In other words it ditches the increased benefits for today’s seniors, drastically increases out of pocket costs for future seniors, but keeps the cuts that Republicans claim are “gutting Medicare.”

Oh and by the way, nearly every Republican in Congress voted for it, and Mitt Romney has said he would have signed it as President. The cynicism on display here is breathtaking.

Seniors understandably hated Ryan’s original Medicare voucher scheme, and it likely led to Republicans losing a special election in a district that had elected a Democrat only once in the past 50 years. In response, his budget for the following year watered down the original plan somewhat.

Ryan’s new plan is still a voucher system, but you’d be able to use your voucher to purchase traditional Medicare… sort of. The way it works is that insurance companies would submit bids for how much it would cost to insure one senior for that year; the voucher would then be set at the price of the second lowest bid. If you want Medicare and it’s the cheapest or second cheapest plan in your area, you can get it using your voucher. But if it’s not, then you’d have to pay the difference or go with private insurance.

It’s definitely better than his original plan, which would drastically increase the amount seniors would pay for their care. On the other hand, it likely wouldn’t save the government much money or make seniors any better off, for reasons The New Republic’s Jonathan Cohn lays out here.

Does Ryan’s budget “cut” $716 billion from Medicare: Again, yes it does. It still keeps the Affordable Care Act’s Medicare “cuts” while repealing the rest of it (including those increased benefits for seniors). 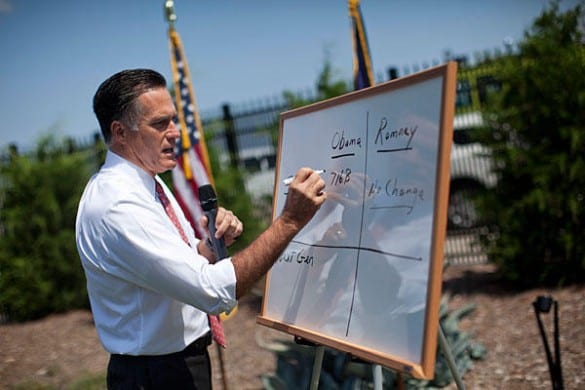 As with pretty much all his policies, Romney has been vague on the important details of his plan for Medicare. Here’s what we do know.

Like Ryan’s second Medicare plan, Romney would convert Medicare into a voucher system, and you could use the voucher to purchase traditional Medicare if you chose. Unlike Ryan though, he hasn’t said how large the voucher would be. It could be closer to Ryan’s first plan, which would shift a massive amount of the cost of coverage onto seniors, or it could be closer to his second, which is somewhat better for seniors but saves much less money. Romney’s not saying.

Does Romney’s plan “cut” $716 billion from Medicare: No. Romney has said that he will repeal all of the Affordable Care Act, including the $716 billion in reduced Medicare spending. This will actually add to the deficit, since when you add up all the provisions of Obamacare, it saves more than it spends.

It also means that Romney’s budget is a complete fantasy. Romney has promised to hold domestic spending to 20% of GDP by 2016, with at least 4% of that being defense spending. He also promises that there won’t be any changes to Medicare or Social Security for those under 55, which means neither program would see cuts until 2022. But those things make up more than half the budget, which means that for the numbers to add up, Romney would have to cut every other program by an average of 40% in 2016.

Ezra Klein of the Washington Post explains why this is insane:

Consider what the Romney campaign, then, is saying: If Romney is elected, then by his third year in office, every single federal program that is not Medicare, Social Security, or defense, will be cut, on average, by 40 percent. That means Medicaid, infrastructure, education, food safety, road safety, the postal service, basic research, foreign aid, housing subsidies, food stamps, the Census, Pell grants, the Patent and Trademark Office, the FDA — all of it has to be cut by, on average, 40 percent. If Romney tried to protect any particular priority, it would mean all the others have to be cut by more than 40 percent.

That’s not even remotely plausible. The consequences would be catastrophic. The outcry would be deafening. And Romney has shown no stomach for selling such severe cuts. This is simply not a credible budget plan.

Next post: The 7 misleading claims Mitt Romney has made about Medicare