Warning: Use of undefined constant wp_cumulus_widget - assumed 'wp_cumulus_widget' (this will throw an Error in a future version of PHP) in /home/customer/www/whatifpost.com/public_html/wp-content/plugins/wp-cumulus/wp-cumulus.php on line 375
 What does it mean that 7.3 million are enrolled in Obamacare plans? Depends where you get your news.
≡ Menu

What does it mean that 7.3 million are enrolled in Obamacare plans? Depends where you get your news. 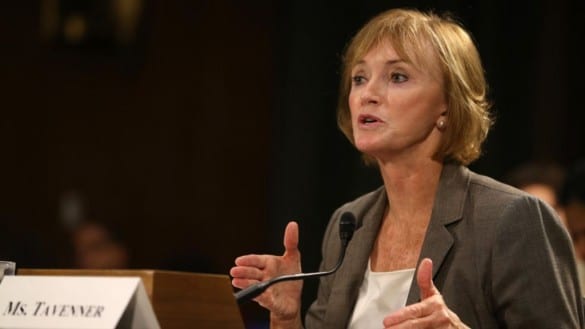 Testifying before Congress last week, Medicare Administrator Marilyn Tavenner announced that as of August 15, 7.3 million people were enrolled in coverage through the Obamacare exchanges. It’s the first time the administration has released official enrollment numbers since back in May.

By itself the number doesn’t tell us much– it was up to the media to provide context, and different news site had completely different takes. The headline at Fox News was “Number of ObamaCare enrollees appears to be dropping”; while on MSNBC it was the opposite: “Obamacare enrollment numbers exceed expected figures.” The Associated Press split the difference, focusing mainly on whether or not 7.3 million is an accurate count.

Here’s the frustrating part: none of these stories is wrong necessarily. Yet even if you read all three, you still wouldn’t have a very good idea of what 7.3 million enrollees actually means for Obamacare.

Fox News: “Number of ObamaCare enrollees appears to be dropping”

Why it’s technically true: The last official enrollment update was back in May when the White House reported that over 8 million people had signed up for coverage through the exchanges– so yes 7.3 million is a drop.

What it leaves out: The White House didn’t say how many of those 8 million had actually paid their first month’s premiums. It couldn’t really– many of those enrollees were part of a last minute surge before the March 31 deadline, and anyone who enrolled after March 15, didn’t have to pay their first month’s premium until May 1. Some people who signed up after the deadline (thanks to extensions and grace periods in many states) wouldn’t have to pay until June 1, so even if the Obama administration had payment information in May, it would be incomplete.

Republicans in the House tried to work this lag between signups and payment to their advantage. They put out a report claiming that as of April 15, only 67% of enrollees had paid their first months’ premiums, which would put the actual number of enrollees at fewer than 5.5 million. The key phrase though was “as of April 15”— the huge number of people who signed up in the last few weeks before the enrollment deadline wouldn’t have even received a bill from their insurer by then, much less paid it. More honest estimates put payment rates at 85-90%.

So sure, 7.3 million paid enrollees is a slight drop from the total number who signed up originally– but it’s also way more than the 5.5 million that Republicans claimed.

Why it’s technically true: As the article explains–

The 7.3 million people who are now enrolled in government-sponsored health insurance plans exceeds the 6 million individuals the Congressional Budget Office predicted would register this year.

What it leaves out: The CBO originally predicted that about 7 million people would buy coverage through Obamacare exchanges this year, but after the disastrous launch of the healthcare.gov website, they lowered that estimate to 6 million. The article also doesn’t mention at all that the 7.3 million is a drop from the original reports of 8 million signups.

Why it’s technically true: The story points out that the administration wasn’t terribly specific about how it got that 7.3 million figure, and says that enrollment could decline later this year because there are about 115,000 people who hadn’t submitted documents proving they’re legal U.S. residents. Also, it would help immensely if the administration would offer detailed enrollment info on a monthly basis (something it used to do).

What it leaves out: The article’s questions about the 7.3 million figure are based on criticisms made by Robert Lasewski, an insurance industry consultant and Obamacare critic who’s quoted in the piece. On his blog Lasewski points out that a health plan can’t cancel anyone until they’ve gone three months without making a payment; so the 7.3 million probably includes a number of people who paid only their first month’s premium, because insurers couldn’t kick them off yet. The figure also includes people who have signed up since the open enrollment deadline because they had a life event (lost a job, got married/divorced, had a child, etc.). Lasewski argues that the administration is “effectively double counting by including the ‘adds’ while also keeping the ‘deletes,’” making the 7.3 million enrollee count misleading.

The premise here– that there is some “accurate” count of enrollees and that the Obama administration is skewing the data– is wrong. The number of enrollees is constantly changing throughout the year as people add or drop coverage for all sorts of reasons, so any enrollment numbers will just show a snapshot in time. So even if Lasewski’s theory is correct, the 7.3 million figure isn’t wrong– it just the snapshot where enrollment is at its highest.

But let’s say we choose a different snapshot in time, when all those those who signed up in March, paid one month’s premium, and then stopped have been dropped from their plans. Even in this scenario, according to Charles Gaba, who has been painstakingly compiling data at his blog ACAsignups.net, enrollment would still be around 7 million (or at absolute worst 6.5 million)– basically what the CBO estimated before healthcare.gov’s technical issues. 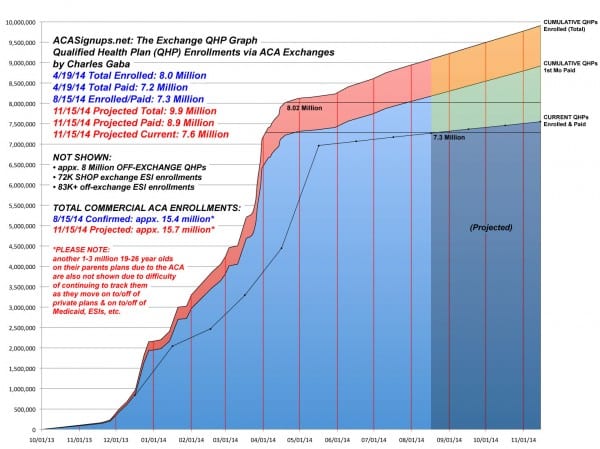 In other words, no matter how you count enrollees Obamacare is clearly working as intended, but you would have no idea that’s the case from reading this AP story.

What they all leave out

It’s telling that a 140-character tweet from the Kaiser Family Foundation’s Larry Levitt provides more context for understanding the enrollment figures than any of these articles:

7.3 million marketplace enrollees. Suggests about 90% of people who signed up paid their premium, and leavers are about equal to stayers.

But even that’s not the whole story. Exchange enrollment is only one piece of Obamacare– there’s also the Medicaid expansion, which has extended coverage to another 7.2 million people. The real measure of the new law isn’t how many people have exchange coverage– it’s how many more people have coverage, period. And by that measure, so far it’s been a success: 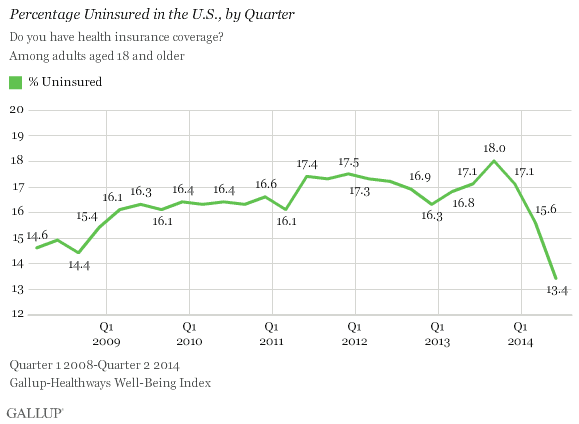 Next post: This year’s insurance cancellations explained in 8 tweets

Previous post: Why you should NOT just auto-renew your Obamacare plan next year