Warning: Use of undefined constant wp_cumulus_widget - assumed 'wp_cumulus_widget' (this will throw an Error in a future version of PHP) in /home/customer/www/whatifpost.com/public_html/wp-content/plugins/wp-cumulus/wp-cumulus.php on line 375
 Trump’s healthcare rhetoric is different from other Republicans. His actual plan, not so much.
≡ Menu

Trump’s healthcare rhetoric is different from other Republicans. His actual plan, not so much. 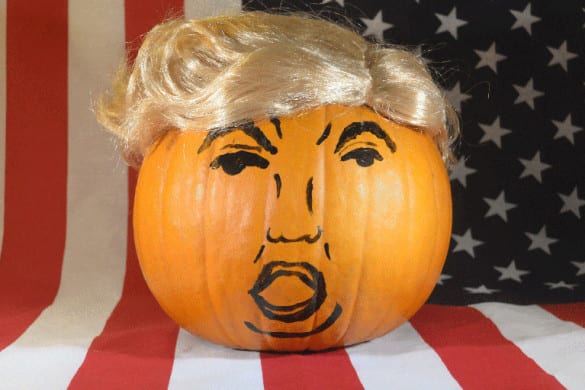 [This post is part of a series looking at the health plans of the presidential candidates. You can read about Bernie Sanders’ health plan here, and Hillary Clinton’s plan here and here.]

Honestly, we’re not sure what to do with Donald Trump’s health plan. On the one hand, he is the leading Republican candidate for president, and he does have an actual plan up on his website that’s about as detailed as anything Marco Rubio or John Kasich (the GOP’s “serious” candidates) have put forward.

On the other hand, Trump seems to be making up his policy positions as he goes, so who knows what the plan will look like tomorrow. Health care experts have questioned how much effort, if any, he put into it, since he doesn’t appear to have a single health policy adviser, with some of the harshest criticism coming from conservatives. For example, Michael Cannon, director of health policy studies at the libertarian Cato Institute writes:

Yet for all the complaints from conservative health experts, what’s most striking about Trump’s plan/paroxysms is how similar it is to other Republican candidates’. This is a guy who told 60 Minutes, “Everybody’s got to be covered. This is an un-Republican thing for me to say… I am going to take care of everybody.” But his actual plan simply repeals Obamacare– leaving tens of millions more Americans uninsured– replacing it with almost nothing.

Here are the seven points in the health plan Donald Trump released on his website:

Let’s go through them.

1. Repeal Obamacare: An analysis from the Committee for a Responsible Federal Budget found that Trump’s plan “would cause almost 21 million people to lose their insurance coverage, as the replacement health care policies would only cover 5% of the 22 million individuals who would lose coverage upon the repeal of Obamacare. This would almost double the number of Americans without health insurance.”

2. Letting insurers sell across state lines: This is something Republicans have been proposing for years. Their reasoning is that insurers having to meet different standards for each state where they operate is overly burdensome and limits competition. Instead, they would let insurers sell plans approved by any state in every other state in the country, overriding other states’ regulations.

In practice though, insurers would just move to whatever state has the fewest rules, design crappy but cheap plans, and sell them in states where the existing plans have to offer better coverage. So instead of the ACA setting a national standard for coverage quality (assuming Republicans repeal it), it’d be whatever rules the worst state legislature comes up with. The “competition” this creates is awful– it ends up driving down prices for healthy people and driving prices up for sicker people. The two groups end up balancing out, so there’d be no change in total number of uninsured. Even the insurance industry thinks selling health insurance across state lines is “a really dumb idea”; they see it as too destabilizing and haven’t endorsed past bills that would let them do it.

(The wording on Trump’s plan is a little confusing though. It says, “As long as the plan purchased complies with state requirements, any vendor ought to be able to offer insurance in any state.” If he means the requirements of the state where it’s being bought, then his proposal does absolutely nothing, since he’s basically describing how things work now.)

3. Allowing individuals to deduct insurance premiums: This is another proposal that has roots in a Republican idea. In 2007, the Bush administration put forward a health reform plan that would have eliminated the tax break on employer-provided plans and replaced it with a standard deduction for everyone who got coverage. Anyone with at least a catastrophic plan wouldn’t have to pay income or payroll taxes on the first $7,500 of their income (or $15,000 if they had a family plan). The problem with this approach is that it provides almost no help to people with lower incomes, who are most likely to be uninsured. They already pay so little in taxes that they wouldn’t get enough money back to make coverage affordable.

The White House and Treasury estimated that Bush’s plan would reduce the number of uninsured by just 3 to 5 million people (far less than the 22 million covered by the ACA), but Trump’s plan looks even less helpful. The Bush plan’s $7,500 deduction was much more than the price of most health plans; Trump only mentions letting people deduct whatever they play in premiums, meaning an even smaller financial incentive to buy coverage. Joe Antos, a conservative healthcare expert at the American Enterprise Institute told the L.A. Times simply, “That’s not going to help.”

4. Allowing individuals to use HSA’s: This part is just baffling, since individuals are already allowed to set up HSA’s with their plans. Over at Mother Jones, Kevin Drum pointed out that the only change “is that an HSA can be used by any family member. This is trivial.”

5. Price transparency: This is one of the few ideas in healthcare that consistently gets bipartisan support, and it is a good idea (although it’s unclear whether many consumers would actually use this info). It would also have no impact on how many people have coverage.

The real reason Republicans in Congress want to block grant Medicaid is that it disguises massive cuts in Medicaid spending. The block grants in Paul Ryan’s first proposed budget would have cut federal Medicaid funding by almost 50%. Really the only ways states would be able to deal with cuts like that would be to increase their own taxes, cut benefits, and/or kick people off the program.

7. Letting people import prescription drugs: This is actually a good idea since every other country pays less than us for prescription drugs, although it’s one that Republicans typically oppose. It does have strong support from Democrats, and is part of both Hillary Clinton’s and Bernie Sanders’ plans. Once again though, it wouldn’t do anything to provide coverage to the uninsured.

Immigration: Because it’s Donald Trump, of course there’s also a reference to illegal immigration in his health plan. He claims that providing healthcare to undocumented immigrants costs $11 billion annually, and that his crackdown on immigration would reduce that spending. That $11 billion figure is from an anti-immigration group, we tried looking into how they got it, but gave up after the third or fourth time we came across the words “anchor babies”. Even if it’s correct though, total U.S. health spending is $3 trillion annually– $11 billion is a rounding error.

What other GOP candidates have proposed

Ted Cruz didn’t bother to put anything on his website about healthcare, but what he has proposed during the debates sounds nearly identical to ideas in Trump’s plan. Cruz says he’d “repeal every word of Obamacare,” and would instead expand health savings accounts and allow insurers to sell across state lines.

John Kasich also says he’d repeal Obamacare, and the only specific reforms he proposes are improving primary care through patient-centered medical homes, and paying a flat rate for each episode of care instead of a separate fee for every service. These are fine ideas, but (1) they’re also in the ACA, and (2) would do nothing to expand coverage to the tens of millions who would lose it as a result of repealing Obamacare.

As far as providing coverage to the uninsured, Cruz says that we should “delink health insurance from employment” so that it’s “personal, portable, and affordable” without saying how. Kasich says only that he would “put in motion real solutions that will work to improve health care access by holding down costs and help Americans live healthier lives.” Rubio had a slightly less vague plan involving refundable tax credits and high risk insurance pools, but he didn’t say how much the credits would be for or how he’d pay for them (he’s also out of the race).

In other words, the only difference between Trump’s vague, widely mocked claim that he’d replace Obamacare with “something terrific” and any other Republican’s healthcare plan is style, not substance.

Next post: Pregnant women have more birth options thanks to Obamacare

Previous post: Ok, Hillary does have a plan to move (closer) to universal coverage