Warning: Use of undefined constant wp_cumulus_widget - assumed 'wp_cumulus_widget' (this will throw an Error in a future version of PHP) in /home/customer/www/whatifpost.com/public_html/wp-content/plugins/wp-cumulus/wp-cumulus.php on line 375
 Trump’s 100 day “plan” for healthcare
≡ Menu 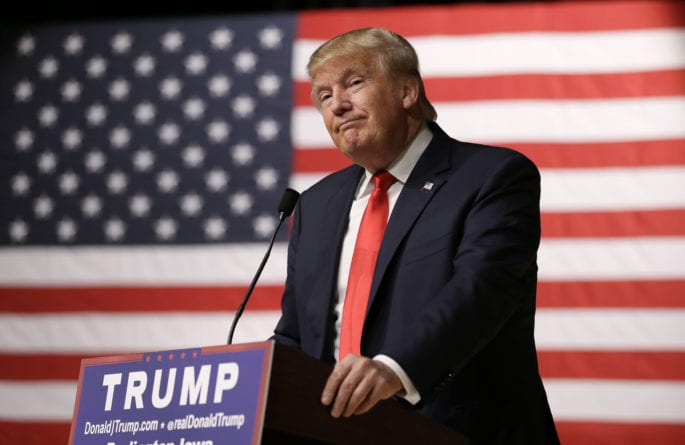 As you might have noticed, we haven’t posted in a while. Partly that’s because we’ve been busy with other projects, but it’s also partly because there hadn’t been much happening in the world of health policy. There were a couple snags with the ACA– premiums increased by more than they had in a couple years and a couple big insurers left the exchanges– but for the most part it was running like it always has, covering more than 20 million Americans who would have been uninsured otherwise. The stalemate between Congress and the White House plus an election year meant that no new health laws were being passed. Both Trump and Clinton posted healthcare proposals on their websites during the primaries (we looked at Trump’s here, and Clinton’s here and here), and Trump like every other Republican promised to repeal Obamacare, but otherwise, healthcare got little attention during the campaign.

And then the election happened.

One of the more troubling things about Trump being elected is that we have little idea of what he’ll actually do when he’s in office. He’s promised to replace Obamacare with “something terrific,” but the proposals on his website are, for lack of a better word, a mess. Even Obamacare critics have worried about Trump’s (lack of) plan. Michael Cannon, health policy director of the libertarian Cato Institute, a man who’s been described as “Obamacare’s single most relentless antagonist,” put it this way:

“This isn’t a health reform plan. It’s a campaign operative copying and pasting a bunch of stuff from the around the web, without knowing what it means or even realizing that he’s describing current law. It shows Trump is as unserious about reforming health care as ever. He doesn’t have a plan. He has paroxysms.”

So we thought that maybe Trump’s hundred days plan would give us some more insight into how he actually plans to tackle healthcare. It did not inspire confidence.

Here’s what Trump says he’ll do on healthcare in his first hundred days in office:

Repeal and Replace Obamacare Act. Fully repeals Obamacare and replaces it with Health Savings Accounts, the ability to purchase health insurance across state lines, and let states manage Medicaid funds. Reforms will also include cutting the red tape at the FDA: there are over 4,000 drugs awaiting approval, and we especially want to speed the approval of life-saving medications.

Let’s go through point by point…

Obamacare repeal: Republicans in Congress don’t have enough votes to fully repeal Obamacare, unless they get rid of the filibuster in the Senate. What they could do is repeal the law’s taxes and spending provisions through budget reconciliation, which requires only a simple majority to pass. That would eliminate Obamacare’s subsidies to help cover the cost of premiums and the Medicaid expansion, but it would keep the requirement that plans have to cover people with pre-existing conditions. This would basically cripple the law, since as Margot Sanger-Katz at The New York Times Upshot blog has explained, keeping only the pre-existing conditions part would cause premiums to skyrocket. Millions of people would lose coverage as a result of their subsidies being eliminated or because they’re kicked off Medicaid. Also, repealing the ACA entirely would add as much as $353 billion to the deficit, since the law more than paid for itself.

Replacing Obamacare: Nether Trump nor the Republicans have a replacement plan for Obamacare. Republicans have proposed a bunch of plans, which would all result in millions fewer people having coverage, but haven’t been able to get behind one yet. The most recent, which was put forward by Paul Ryan earlier this year, is really just an outline of the approach Republicans would take. It doesn’t address the most important part of any health reform: who would be paying for what.

Health savings accounts: It’s unclear what Trump means by this, since people can already set up HSA’s to use with their plans under Obamacare.

Selling insurance across state lines: This is something Republicans have been proposing for years. Their reasoning is that insurers having to meet different standards in each state is overly burdensome and limits competition. Instead, they would let insurers sell plans approved by any one state in every other state in the country, overriding other states’ regulations. In practice, insurers could just move to whatever state has the fewest rules, design skimpy but cheap plans, and sell them in states where the existing plans have to offer better coverage. Instead of the ACA setting a national standard for coverage quality, it’d be whatever rules the most insurance-company-friendly state legislature comes up with. The “competition” this creates ends up driving down prices for healthy people and driving prices up for sicker people– the two groups end up balancing out, so there’d be no change in total number of uninsured. Even the insurance industry thinks selling health insurance across state lines is a bad idea; they see it as too destabilizing and haven’t endorsed past bills that would let them do it.

Letting states manage Medicaid funds: What Trump probably means here is converting Medicaid to block grants, something Paul Ryan has been pushing for years now. The way Medicaid is structured currently, states administer Medicaid and split the cost with the federal government; the federal money is guaranteed on an as-needed basis, meaning the federal government pays its share based on however much each state’s Medicaid enrollees actually end up costing. With block grants, states would instead get a predetermined lump sum of money each year. Republicans say that this would give states more flexibility, but as Ezra Klein has pointed out, states can already get Medicaid waivers to experiment with new ways of delivering Medicaid:

In any case, block grants wouldn’t be that different from the status quo if states got roughly the same amount of money as they get now (and are expected to get in the future), but previous Republican block grant proposals have come with massive cuts in Medicaid spending. For example, the block grants in Paul Ryan’s first proposed budget would have cut federal Medicaid funding by almost 50%. Really the only ways states would be able to deal with cuts like that would be to increase their own taxes, cut benefits, and/or kick people off the program.

Cutting red tape at the FDA: Trump might be referring to the 21st Century Cures Act, which stalled in Congress this summer. Part of the bill would allow the FDA to approve some drugs without relying on randomized clinical trials to determine whether they’re effective or cause serious side effects– instead the FDA could use anecdotal evidence. This would speed up drug approval, but the tradeoff is that the FDA could be approving drugs that are ineffective or worse, harm patients. There were some proposals in the Senate trying to strike a balance between speed and safety, but nothing got settled before the election. (Also, for context, the FDA evaluates nearly all new drug applications within 6 to 10 months.)

So to recap: Trump has promised to repeal the ACA, which would strip coverage from over 20 million Americans. Neither he, nor Republicans in Congress have settled on a plan to replace it, and the few proposals that Trump has offered either already exist, would further destabilize the insurance market, or reduce coverage even more. Then he ends with a proposal that, if it’s not carefully crafted, could weaken the FDA’s oversight of potentially dangerous drugs.

Next post: We’re in the middle of Obamacare open enrollment– here’s our guide to getting covered (updated for 2017)!

Previous post: Which party is serious about tackling Zika? Probably not the one that refuses to cut short its summer vacation