Warning: Use of undefined constant wp_cumulus_widget - assumed 'wp_cumulus_widget' (this will throw an Error in a future version of PHP) in /home/customer/www/whatifpost.com/public_html/wp-content/plugins/wp-cumulus/wp-cumulus.php on line 375
 This year’s insurance cancellations explained in 8 tweets
≡ Menu 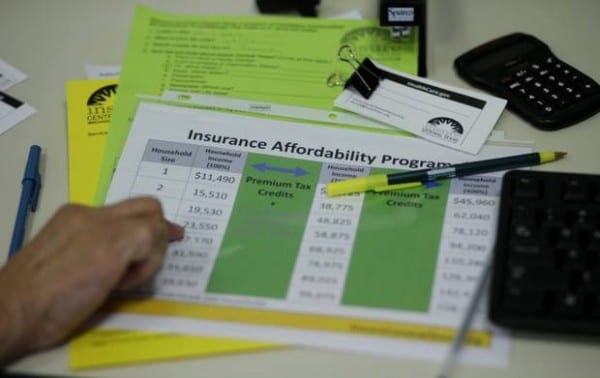 You might remember that around this time last fall, millions of Americans were getting cancellation letters from insurance companies because their plans didn’t comply with Obamacare’s new regulations. Since the exchanges were still a mess, and since President Obama had previously promised that if you liked your plan you’d be able to keep it, the administration said that it would let states allow insurers to renew noncompliant plans for up to three years. Not every state did this– but a couple dozen did allow insurers to renew their plans.

Now another round of cancellation letters is going out, a fact that’s sure to get a lot of attention from Republicans with it being an election year and all. However there are some pretty huge differences between the latest round and last year’s cancellations.

We were going to do a whole post explaining why this time is different, but it turns out that Larry Levitt, a senior VP at the Kaiser Family Foundation, already did a pretty great job in a series of tweets the other day:

They key takeaway is that this year most insurers are not being required to shut plans down by state or federal regulations. Only seven states and DC have said that insurers must close noncompliant plans this year. Most insurers are canceling these plans for business reasons, something they did all the time before Obamacare.

Another important point that Levitt doesn’t mention is that the scale of cancellations is much smaller than last year. As The New York Time’s Upshot blog points out, the people affected will represent only a small fraction of those with insurance:

The cancellations are occurring at the state level, and some insurance regulators don’t require any reporting, so a precise head count is difficult. But it appears that as many as several hundred thousand people will find their plans canceled this year. That sounds like a lot of people, but to put it in context: The total number of Americans with health insurance is more than 276 million, according to a recent government survey. The individual insurance market contains about 20 million people, according to estimates from the Kaiser Family Foundation that will be published later this month.

And unlike last year, those who are getting cancellation notices now will have a working exchange on which to shop for new coverage. That coverage might be more expensive because Obamacare policies provide better benefits, but many will be eligible for subsidies making their new premiums cheaper than what they paid before. And since people who had insurance before Obamacare tended to be healthier, when they buy plans through the Obamacare exchanges, premiums will drop for everyone.

We’re sure none of this will prevent the GOP and other Obamacare opponents from trying to paint this year’s cancellations as a disaster, so don’t believe the hype.

Next post: No, 10% of adults don’t have more than ten drinks a day (but they do have a lot)

Previous post: What does it mean that 7.3 million are enrolled in Obamacare plans? Depends where you get your news.