Warning: Use of undefined constant wp_cumulus_widget - assumed 'wp_cumulus_widget' (this will throw an Error in a future version of PHP) in /home/customer/www/whatifpost.com/public_html/wp-content/plugins/wp-cumulus/wp-cumulus.php on line 375
 The two strangest parts of the Hobby Lobby decision
≡ Menu

The two strangest parts of the Hobby Lobby decision

Reading the Supreme Court’s decision in the Hobby Lobby case, you can tell that the majority justices see it as a win-win: religious employers don’t have to pay for something that conflicts with their religious beliefs, while their female employees can still get contraceptive coverage. All the government has to do is extend the accommodation it already made for religious nonprofits (basically they fill out a form, a third party administrator provides the coverage, and the government will pick up the tab) to these for-profits as well. Or as Slate’s Emily Bazelon summed up their thinking: “No sincere belief harm, no IUD foul.”

So why then, does it seem to so many people like a particularly bad decision?

As we mentioned in our previous post, the Hobby Lobby decision wasn’t really about the first amendment or the Constitution– at least not directly. It was about a law passed in 1993, called the Religious Freedom Restoration Act (RFRA), which is basically a test to determine who qualifies for exemptions to federal laws based on their religious beliefs. It says that the federal government may not “substantially burden a person’s exercise of religion, even if the burden results from a rule of general applicability,” unless “application of the burden to the person:

But to make the RFRA fit this case, the Court had to make two weird decisions (well, really one weird decision and one weird nondecision). Together, they help explain why, in the words of one federal judge (who, by the way, was appointed by a Republican president), “To the average person, the result looks stupid and smells worse.”

Troubling decision: That a for-profit corporation can have religious beliefs

Since 1886, in the case of Santa v Southern Pacific, courts have treated corporations as “legal persons,” meaning they’re separate entities that have many of the same rights as “natural persons” (aka real people). The reasoning is that corporations are made up of individuals, and those individuals don’t give up their constitutional rights when they act collectively.

Most people would point out that there are times where we’d want to limit the rights of corporations in ways we wouldn’t for individuals– political spending in Citizens United being a prime example. But even if you think corporations should have all the same rights as natural people, there are times when it simply doesn’t make sense. For example, the Court has ruled that the 5th amendment’s right against self-incrimination doesn’t, because corporations can’t testify in court–only individuals can.

Jacob Levy, a professor of political science at McGill University, has the best explanation we’ve seen of why, even if you believe in corporate personhood, religious freedom is one of those rights that simply doesn’t make sense to apply to for-profit corporations:

A particular claim of corporate rights shouldn’t require immediate recourse to natural persons to describe it and make sense of it. It makes more sense to say “The New York Times has freedom of the press and the right not to have its offices searched without a warrant” than it does to try to redescribe it in terms of the moral interests of the Sulzburger family, the various employees, the various investors, and so on. The same is true for the corporate religious liberty of the Catholic Church or the Little Sisters of the Poor or the Salvation Army.

But the entity that is Hobby Lobby, a for-profit corporation like IBM, can’t be described as itself having a religious belief. Making sense of that idea requires making the corporate person disappear from the description and talking about the Green family, treating the “closely held” corporation as if it were a partnership or sole proprietorship that doesn’t have a corporate-style separateness from the natural persons. Try as I might, I can’t persuade myself that that’s right.

Troubling non-decision: Whether there’s a “compelling interest” that Hobby Lobby’s employees have access to contraceptive coverage 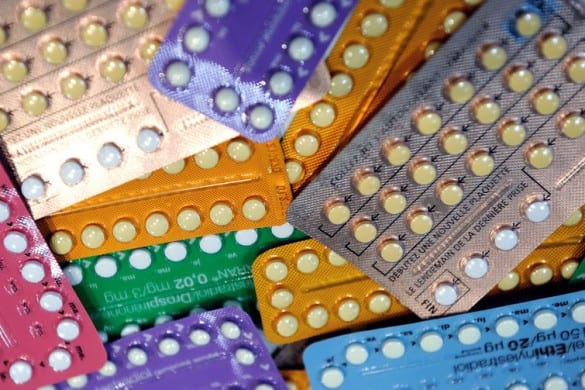 The Religious Freedom Restoration Act was passed in response to two Supreme Court cases involving the religious beliefs of Native Americans. In Lyng v. Northwest Indian Cemetery Protective Association, the court ruled that building a road through sacred lands wasn’t a substantial legal burden because the government wan’t targeting them for their religious beliefs. In Employment Division v. Smith, the Court upheld the state of Oregon’s denial of unemployment benefits to two men who were fired for using peyote, even though they had used it in a religious ceremony. The RFRA was passed so that in the future the government would make accommodations to avoid infringing on religious beliefs when it was enforcing these types of “generally applicable” laws.

However, these cases leading up to the RFRA involved just two parties: the government and the plaintiffs, and providing a religious exception to the plaintiff wouldn’t really affect anyone else. The Hobby Lobby case is different– providing a religious exemption from the contraceptive mandate would definitely affect its 16,000 employees, who have religious beliefs that may be different from Hobby Lobby’s owners. The question then is whether Hobby Lobby’s religious belief trumps the right of its employees who don’t share that belief to receive an “essential” (according to the nonpartisan Institute of Medicine) and potentially life-saving health benefit.

On that question, the majority justices punted, saying basically that under the RFRA they didn’t have to decide– since the government could just pay for the coverage, like it did for religious nonprofits. According to Justice Alito, who wrote the majority opinion, that “achieves all of the government’s aims while providing greater respect for religious liberty.” There are a couple big unanswered questions though:

1. Does this mean that the government has to pay any time there’s a religious objection?

For example, in her dissent Justice Ginsburg asks:

Would the exemption…extend to employers with religiously grounded objections to blood transfusions (Jehovah’s Witnesses); antidepressants (Scientologists); medications derived from pigs, including anesthesia, intravenous fluids, and pills coated with gelatin (certain Muslims, Jews, and Hindus); and vaccinations (Christian Scientists, among others)?

The response to this objection from Alito is that:

“Our decision in these cases is concerned solely with the contraceptive mandate. Other coverage requirements, such as immunizations, may be supported by different interests (for example, the need to combat the spread of infectious diseases) and may involve different arguments about the least restrictive means of providing them.”

But in deciding the case,they’ve already found that the government’s interests don’t matter as long as there’s a less restrictive method to cover the service, and that having the government pay is less restrictive. That leaves just two options: either (1) contraceptive coverage is the only health service where religious beliefs automatically trump employees’ rights or (2) that the government now has to step in to pay for any service an employer is opposed to. Both are problematic, and either way, the decision invites a flood of new lawsuits.

2. Who decides what the “least restrictive” method is?

Just three days after pointing to the nonprofit exemption as “providing greater respect for religious liberty,” the justices granted an emergency injunction to nonprofits who said that just filling out the form to get the exemption violated their religious rights.

As Slate’s Dahlia Lithwick put it, “At this rate, by next Tuesday the court will have decided that religious objectors can more readily opt out by way of a Bat Signal to the Dept. of Health and Human Services. Which said workaround, in turn, will soon be found to offend religious freedom.”

She makes a serious point though: how will the court decide that the “least restrictive” method has been found? Right now it looks like it will change any time there’s a new lawsuit.

In her dissent, Justice Ginsburg wrote, “The Court, I fear, has entered into a minefield” with its decision in this case. It already looks like she’s right.

Next post: What this week’s court rulings actually mean for Obamacare