Warning: Use of undefined constant wp_cumulus_widget - assumed 'wp_cumulus_widget' (this will throw an Error in a future version of PHP) in /home/customer/www/whatifpost.com/public_html/wp-content/plugins/wp-cumulus/wp-cumulus.php on line 375
 The real reason for health reform waivers
≡ Menu 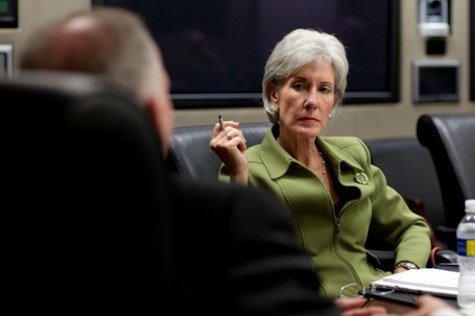 We think Republicans are running out of ideas for misinformation Affordable Care Act– instead they’ve started rehashing old claims that have already been debunked. Their most recent complaint has to do with waivers being granted by the Department of Health and Human Services. The nonpartisan website factcheck.org covered this issue a couple months ago, but since the same misleading claim is back in a slightly different form, we’ll be happy to tackle it again.

Conservative blogger Michelle Malkin is leading the charge, so we’ll let her explain the issue:

I propose a new White House series: “Voices of Health Reform Waivers,” where taxpayers can meet all the politically connected unions benefiting from exclusive get-out-of-Obamacare passes — after squandering millions of their workers’ dues to lobby for the job-killing, private-insurance-sabotaging law from which they are now exempt.

At the end of last year, the Department of Health and Human Services (HHS) had granted some 222 temporary waivers to businesses small and large, insurers, and labor and other organizations that offer affordable health insurance or prescription-drug coverage with limited benefits. On Wednesday, the agency quietly updated its online list, which now reveals a whopping total of 729 Obamacare escapees — in addition to four states, Massachusetts, New Jersey, Ohio, and Tennessee — that collectively cover about 2.1 million enrollees.

Believe it or not, Malkin actually has the basic facts straight on this one- HHS has granted temporary waivers to 729 groups, covering over 2 million Americans.  But of course she leaves out the most important part…

Why is the White House granting these waivers?

Because…they want to allow companies to continue providing limited benefit plans until the law is fully implemented in 2014.  Here’s how it works.

To make sure that insurance actually covers people when they get sick, the Affordable Care Act eliminates lifetime limits on benefits, and between now and 2014 phases out annual limits.  Starting in 2011, the lowest annual limit that most plans can impose is $750,000.

The problem is that a business or organization could decide that it would rather drop its coverage rather than raise the annual limit.  In 2014, that won’t be an issue, because:

But until 2014, workers are stuck with whatever their employer offers.  For most workers, the new rules phasing out lifetime and annual limits actually won’t affect them.  Most employer-based plans either don’t have benefit limits or their limits are already very high.  The exception though, is a type of insurance known as “limited-benefit” or “mini-med’ plans.  We’ve covered these “mini-med” plans before— they’re cheap, but have ridiculously low limits on benefits.  McDonald’s, for example, offers a plan that costs workers only $14 per week, but the annual limit is only $2000– not even enough to cover a single visit to the emergency room.

These plans barely count as insurance, but until 2014, for about 2 million workers, they’re the only coverage they’ve got.  If these plans had to raise the annual limits, many employers would simply stop offering them, rather than pay the extra money.

And so, the White House explains:

In order to protect coverage for these workers, the Affordable Care Act allows these plans to apply for temporary waivers from rules restricting the size of annual limits.

Misinformation about the waivers

Claim: Malkin and other conservatives have implied that 729 organizations covering 2.1 million people is a massive number.
Reality: These 2.1 million enrollees represent about 1% of all Americans who have private insurance today.

Claim: Conservatives hint that there’s some sinister conspiracy in which only politically connected unions who supported reform get a free pass out of “Obamacare.”
Reality: Companies like Cracker Barrel, McDonald’s, Foot Locker and Jack in the Box have also received waivers.  As factcheck.org points out, “Far from being ‘Obama’s buddies,’ the restaurant industry, through the National Restaurant Association, opposed the legislation.” And we highly doubt that hundreds of smaller businesses, like the four employees of Bowman Sheet Metal Heating & Air-conditioning, relied on high level political connections to get their waiver.

Claim: Recipients of the waivers are “escapees.”  The idea here is that the real victims in all of this are the companies who will be “forced by law to upgrade to the more expensive plan,” as one conservative blog put it.
Reality: Sure, some organizations and employers are simply too small to provide more than these nearly worthless mini-med plans.  Today better options aren’t available– in 2014 there will be.  But large employers, who can afford better coverage, are “escaping” the responsibility to provide coverage that will protect employees facing long-term illness or catastrophic health problems.

“This is the kind of thing that grabs a cancer survivor who has had several operations,” said Gary Claxton, an executive with the Kaiser Family Foundation, which studies employer coverage. Only the very sick were affected. “People don’t voluntarily use this level of services,” he said.

Ms. St. Pierre nearly lost her insurance in 2008. After her first bone marrow transplant failed, she realized the coverage from her husband’s employer would run out before she could receive another transplant.

She remembers reviewing her options and looking into treatments that would be less expensive. She enrolled in a clinical trial to test an unproved form of chemotherapy, for example, because it was free. She considered divorcing her husband, a move that could qualify her for Medicaid, or moving to Massachusetts, where she thought she might be able to afford and qualify for a policy. She has written about her experiences on her blog, called BaldiesBlog.

For Michelle Malkin and other conservatives the tragedy of the waivers is that only a few plans get them.  But stories like Hillary St. Pierre’s show that the real tragedy behind the waivers is that people in those plans will have to wait to see important benefits from the new law.  Luckily, the waivers are only temporary.  For those suffering from serious illness like cancer, the question is, “Will the new rules come soon enough?”

Next post: Obama calls the GOP’s bluff on flexibility

Previous post: What the Florida court ruling means for reform