Warning: Use of undefined constant wp_cumulus_widget - assumed 'wp_cumulus_widget' (this will throw an Error in a future version of PHP) in /home/customer/www/whatifpost.com/public_html/wp-content/plugins/wp-cumulus/wp-cumulus.php on line 375
 The Health of the Union 2016
≡ Menu 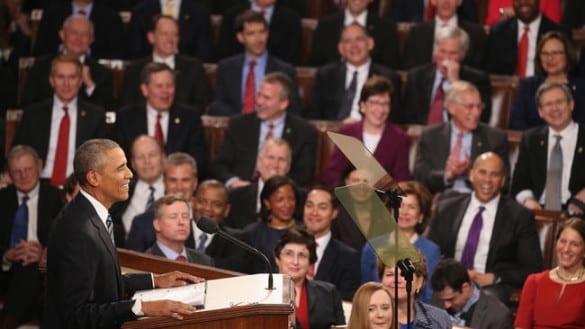 For his final state of the union, President Obama said he’d go easy on the traditional list of proposals for the year ahead. Instead, he said, he wanted to talk about “the next five years, the next ten years, and beyond.”  And so, while he talked about the programs enacted during his time in office– including, of course, Obamacare– and the issues he’ll work on during his last year, but he didn’t lay out much in the way of specific plans. Still though, the health issues he talked about were telling, and there were some surprises.

Here, for the last time under an Obama White House, is our annual look at healthcare in the State of the Union.

“And for Americans short of retirement, basic benefits should be just as mobile as everything else is today. That’s what the Affordable Care Act is all about. It’s about filling the gaps in employer-based care so that when we lose a job, or go back to school, or start that new business, we’ll still have coverage.”

It was interesting that the president chose to highlight this aspect of the ACA in his last State of the Union. Coverage of the ACA mostly focuses on people without insurance who have gained coverage, and often overlooks how the law helps people who already have insurance by reducing “job lock” for people with pre-existing conditions. Americans with chronic conditions no longer have to stay in a job simply because it’s the only way they can get health coverage. Researchers with the Robert Woods Johnson Foundation estimate that about 1.5 million more people will choose to become self-employed— an increase of 11%– thanks to Obamacare.

According to an analysis of Gallup survey data by the Department of Health and Human Services, as of last September, 17.6 million people had gained coverage thanks to the ACA. That leaves about 33 million people without insurance, although a third of that group are people who simply can’t get coverage under the law (they’re either undocumented immigrants or low income residents of states that chose not to expand Medicaid under the ACA). The number of people who are covered is expected to grow again this year, partly because the penalty for not having insurance has grown and partly because more states (like Louisiana) are opting into the law’s Medicaid expansion.

From 2008 to 2013, national healthcare spending grew at less than 5% per year, it’s lowest rate since before the creation of Medicare. However, healthcare spending might be starting to tick back up a bit. According to a report released last month by the Centers for Medicare and Medicaid, health spending grew at 5.3% in 2014, and they expect it to keep growing until it peaks at 6.3% in 2020. This is partly an expected result of the ACA (more people gaining coverage means more people using coverage too), partly because the economy is getting stronger, and partly because as the baby boomers age they’ll have more medical needs. However, as CMS points out, even with all these factors pushing up health spending over the next few years, they’re still predicting slower health spending growth than we experienced over the three decades prior to Obama’s election.

As Larry Levitt of the nonpartisan Kaiser Family Foundation put it, “In the ’90s, double-digit increases in health spending were quite common. That’s not true anymore.” 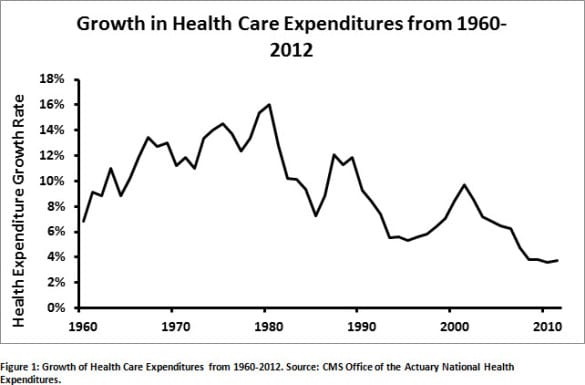 “And our businesses have created jobs every single month since it became law.”

One of the most repeated predictions from opponents of the Affordable Care Act was that it would be a “job killer”. House Republicans even wrote it into the title of a bill to repeal the ACA in 2011– their Repeal the Job-Killing Health Care Law Act. Supporters of the law, on the other hand, said that it would create jobs. It’s hard to say exactly what effect the ACA has had on the economy and employment, but the president is correct that the private sector has added jobs every month since 2010, the year the ACA was passed. 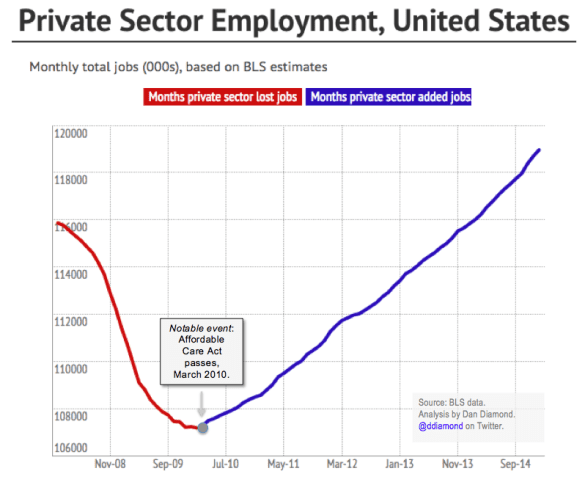 “Last year, Vice President Biden said that with a new moonshot, America can cure cancer. Last month, he worked with this Congress to give scientists at the National Institutes of Health the strongest resources they’ve had in over a decade. Tonight, I’m announcing a new national effort to get it done. And because he’s gone to the mat for all of us, on so many issues over the past forty years, I’m putting Joe in charge of Mission Control. For the loved ones we’ve all lost, for the family we can still save, let’s make America the country that cures cancer once and for all.”

Cancer is the second leading cause of death in the U.S.; the American Cancer society predicts there will be over 1.6 million new cases this year and nearly 600,000 people will die from the disease. Or more accurately diseases– there are 100 or more types of cancer, and each case is unique, so two people receiving the same treatment for the same type of cancer may have very different outcomes. That’s not to say “curing cancer” is impossible, but researchers say that progress will likely be incremental unlike say polio, which was eradicated by a single vaccine.

Details are still thin, but in announcement today, Vice President Biden says that his effort will have two main pieces:

Biden has already made some progress on the first part, working behind the scenes to get a $264 million boost for the National Cancer Institute into the spending bill that was passed last month. It’s the biggest increase the institute has seen in over a decade, and the Republican chair of the subcommittee that oversees the institute’s funding said he wants to increase it again next year. Meanwhile experts have plenty of suggestions for how to improve access to data for cancer researchers.

“Look, if anybody still wants to dispute the science around climate change, have at it. You’ll be pretty lonely, because you’ll be debating our military, most of America’s business leaders, the majority of the American people, almost the entire scientific community, and 200 nations around the world who agree it’s a problem and intend to solve it.”

As we’ve noted before, climate change is a health issue. In 2014, the EPA announced a plan to regulate carbon pollution, which is expected to cut emissions from power plants by 32% by 2030. That led to a deal with China, who has surpassed the U.S. as the planet’s biggest carbon polluter, in which both countries pledged to reduce their emissions. That deal then made the Paris climate agreement last month possible. As for the future, the president hinted at some reforms he might pursue in his final year in office.

“That’s how we stopped the spread of Ebola in West Africa. Our military, our doctors, and our development workers set up the platform that allowed other countries to join us in stamping out that epidemic.”

In last year’s State of the Union, the president noted that U.S. scientists, doctors, nurses, and healthcare workers were helping to roll back the spread of Ebola in West Africa. This year’s address comes just two days before the World Health Organization declared the Ebola epidemic officially over.

“When we help African countries feed their people and care for the sick, that prevents the next pandemic from reaching our shores. Right now, we are on track to end the scourge of HIV/AIDS, and we have the capacity to accomplish the same thing with malaria — something I’ll be pushing this Congress to fund this year.”

The rate of HIV/AIDS deaths has been dropping across most of Africa, although we should point out that it was actually the Bush administration that pushed for the biggest increases in funding to combat AIDS globally, and annual funding has actually fallen a bit under President Obama. 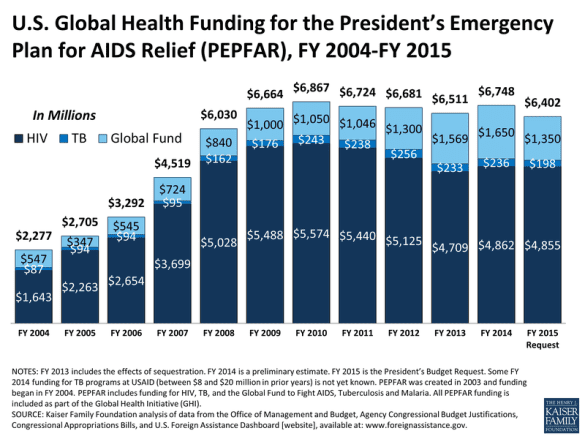 As for malaria, no word yet on what the president’s plan will look like. It’s also odd that he talked about infectious diseases without mentioning that his administration had recently unveiled an ambitious plan to combat tuberculosis, which actually kills more people annually than HIV/AIDS or malaria.

Next post: The fuzzy math behind Bernie Sanders health plan

Previous post: Republicans are coming around to part of Obamacare– but not the part you’d expect