Warning: Use of undefined constant wp_cumulus_widget - assumed 'wp_cumulus_widget' (this will throw an Error in a future version of PHP) in /home/customer/www/whatifpost.com/public_html/wp-content/plugins/wp-cumulus/wp-cumulus.php on line 375
 The GOP’s American Health Care Act: the Nickelback of health reform
≡ Menu 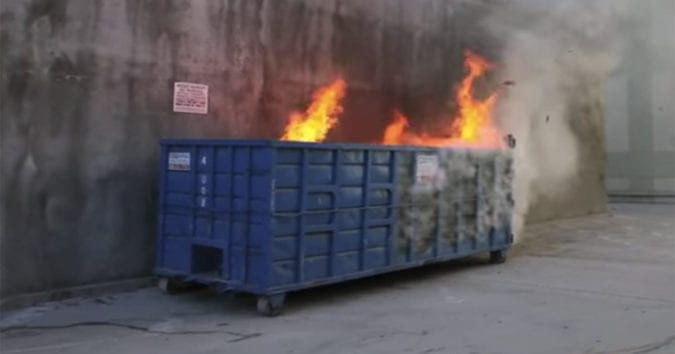 The secret location where Republican House leaders wrote the AHCA?

As we saw back in 2009 with the Affordable Care Act, putting together a health reform bill that enough stakeholders support to pass through Congress is really, really difficult. Equally difficult however is putting together a heath reform bill that no one likes. Yet somehow in drafting the American Health Care Act, House Republican leaders have managed to write a bill that, as The Onion accurately put it, “has drawn criticism from the AARP, the American Medical Association, the American Cancer Society, Planned Parenthood, Breitbart News, the AFL-CIO, the House Freedom Caucus, the National Council of La Raza, the American Academy of Pediatrics, the Club for Growth, the National Disability Rights Network, MoveOn.org, The New York Times, Tea Party Patriots, the CATO Institute, the Heritage Foundation, and thousands of hospitals.”

It’s a bill that, according to the Congressional Budget Office, would add 24 million Americans to the ranks of the uninsured, raise premiums for the poor and elderly, raise deductibles and out-of-pocket costs for everyone else, and– thanks to its defunding of Planned Parenthood– would cause thousands of unintended pregnancies.

We’ll have more on what’s in the bill and what the CBO said about it later this week, but with so much health care news happening so quickly, it’s worth taking a step back to look at how Republicans managed to write a bill that– much like Nickelback— everyone seems to hate.

The Obama Years: Waiting for Go(p)dot

2009-2016: Repeal without replace. Since the passage of the Affordable Care Act, Congressional Republicans held over 60 different votes to either fully or partially repeal it. None of these votes included a replacement plan. Individual lawmakers and conservative think tanks had put forward plenty of replacement proposals— but none of them gained much traction, and there was never a push by Republican leaders to get behind any of them.

Spring of 2016: Trump’s “paroxysms.” All of the Republican presidential candidates called for the repeal of the Affordable Care, but were pretty hazy on what they’d replace it with. Donald Trump’s plan in particular was derided as a hot mess, with some of the harshest criticism coming from conservatives, like the Cato Institute’s Michael Cannon, who wrote:

But as we wrote at the time, Trump may have biffed some of the details, but the basic format– a vague list of conservative ideas like selling insurance across state lines, promoting HSA’s, and block-granting Medicaid– was about as detailed as anything “serious” candidates like Marco Rubio or John Kasich put forward.

June 2016: A Better Way? Perhaps realizing that Congressional Republicans needed something they could call an Obamacare replacement before the election, Paul Ryan released A Better Way, which he called, “a first-time-in-six-years consensus by the Republicans in the House on what we replace Obamacare with.” As we wrote at the time, calling Ryan’s document a “plan” was a stretch:

So for eight years the GOP kicked the can down the road by promising their replacement plan was just around the corner. Then in 2016, voters called their bluff.

The Trump era: Maybe we should have kept waiting…

November 2016: Tom Price as Health Secretary. Shortly after the election, President Trump released a hundred day plan for healthcare that was basically the same laundry list of vague proposals. However, he seemed to acknowledge he would eventually need an actual plan by nominating Tom Price as his director of Health and Human Services. As a Congressman, Price had put out his own plan, the Empowering Patients First Act, which laid out a similar approach to the GOP’s current replacement bill: eliminating the Medicaid expansion, high risk pools, and tax credits based on age. Along with Paul Ryan’s A Better Way Proposal (which also outlined a similar approach, just in less detail) it was likely used as a starting point for the AHCA.

January 2017: Republicans adopt a budget resolution to repeal Obamacare. Doing almost anything in the Senate requires 60 votes to overcome a filibuster– the one exception being “budget reconciliation,” which allows the Senate to pass a budget-related bill with a simple majority. The budget resolution passed by Republicans in January allows them to use reconciliation to repeal some parts of Obamacare (reconciliation can’t be used on non-budget provisions, like the rules against insurers charging more or denying coverage based on pre-existing conditions).

At the time, Republican leaders hoped to pursue a strategy of “repeal and delay,” in which they’d repeal Obamacare now, but would delay implementation of repeal until they came up with a replacement plan. That plan got nixed when health policy experts pointed out that the uncertainty alone could devastate the insurance market. As Vox’s Ezra Klein put it, “Repeal and delay takes something Republicans already can’t seem to do — agree on an Obamacare replacement — and weaponizes it against themselves.”

March 2017: Republicans in the House release the American Health Care Act. To get a sense of just how weird this process has been, it’s helpful to contrast it with how Congress passed the Affordable Care Act back in 2009:

At the time, Republicans complained that this process was “rushed.” Meanwhile, here’s how the process of passing the American Health Care Act has gone so far:

It’s a little unclear why Republican leaders are moving at warp speed on this. The best explanation we’ve heard is that Republicans want to use reconciliation to pass both ACA repeal and tax reform this year, which, thanks to Senate reconciliation rules, requires a very tight legislative schedule. If they can’t get the AHCA passed in the next few months, that strategy could collapse (budget expert Stan Collender has a more in depth explanation here).

Another interesting theory that’s been floating around is that Republican leaders don’t actually want this bill to pass (or more accurately they don’t believe it can pass). Paul Ryan’s not dumb, and he surely knows that what Republicans have promised all these years– lower premiums and deductibles, with fewer regulations and lower taxes than Obamacare– is impossible. He also knows that any concessions he makes to the Tea Party make it more likely that more moderate Republicans in the Senate will kill it– and vice versa. The thinking might be that if they manage to get something through great; if not, they don’t want to waste much time on it.

With so much opposition, the AHCA is in “serious jeopardy“… but on the other hand we thought the same thing about Donald Trump and look what happened. In other words, if you’re worried about your healthcare, now might be a good time to call your Congressperson.

Next post: The ACA was on track for its best year ever… until Trump took office

Previous post: Members of Congress will be back in their districts next week. Just sayin’