Warning: Use of undefined constant wp_cumulus_widget - assumed 'wp_cumulus_widget' (this will throw an Error in a future version of PHP) in /home/customer/www/whatifpost.com/public_html/wp-content/plugins/wp-cumulus/wp-cumulus.php on line 375
 The Food Safety Bill: Congress (finally) does a thing, Part 2
≡ Menu

The Food Safety Bill: Congress (finally) does a thing, Part 2 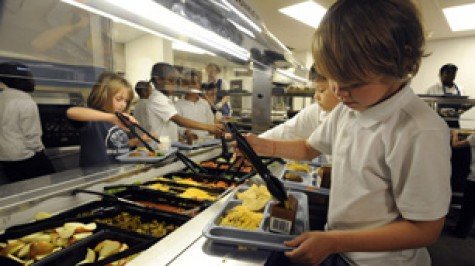 As we mentioned yesterday, the biggest obstacle to the passage of the Food Safety Modernization Act was Tom Coburn (R-Okla.).  Here’s how one Senator nearly killed this popular, bipartisan bill.

For the past two years, Coburn has been a one man obstruction machine, routinely placing holds on any bill that isn’t “paid for,” regardless of how important it is.  Haiti relief aid, veterans benefits, animal cruelty protection, assistance to disarm one of the most brutal military forces in African history— Coburn has blocked all of them.

In the case of the Food Safety Act, Coburn objected to the bill’s $1.4 billion price tag, saying that it will add to the federal deficit.  Never mind that according to the Congressional Budget Office, the bill is deficit neutral— it simply authorizes the FDA to spend the money from its existing budget, but doesn’t set any new funds.  And never mind that a recent study by Georgetown University found that the annual cost of food-borne illness in the United States is about $152 billion. In Senator Coburn’s home state, it’s about $1.8 billion.

How is one Senator in a position to block so many bills?
The problem is that the Senate can theoretically debate a bill forever without taking a vote, unless one of two things happens.  The first, and most common way is through unanimous consent: every Senator agrees beforehand to limit debate to a certain number of hours or a certain number of amendments.  On bills with widespread support, even Senators who oppose a bill will routinely give unanimous consent– otherwise the Senate wouldn’t be able to function.

The first [issue] is “ripening,” which means that cloture motions aren’t voted on until two days after they’re introduced. But during those two days the Senate proceeds with other business, so that doesn’t really cause any calendar difficulties. The second is that there’s a 30-hour post-cloture debate rule. So once cloture is voted on, Coburn and his pals can, if they want, chew up 30 hours of floor time with debate, amendments, quorum calls, etc.

Remember that’s two days and then 30 hours of Senate floor time, which means even if you have the votes to get around a Senator like Coburn, the process takes about a week.  With so much time required to get even noncontroversial bills passed, the Senate’s schedule is packed.  Democratic leaders decided to hold off on the Food Safety Modernization Act until after the midterm elections since it was virtually guaranteed to pass.

And it did pass, on November 30 with wide bipartisan support, by a vote of 73-25.  To make sure Obama could sign it before the end of this Congress’s term, the House even said they would accept the Senate’s version, instead of hammering out the differences between the two in a conference committee.

So, they cut it close, but at least they got it done right?  Not so fast:

Two senior leadership aides confirmed the bill the Senate approved, 73-25, inadvertently contained tax provisions that, under the Constitution, must originate in the House of Representatives. That means the bill must be passed a second time by the Senate, giving critics such as Sen. Tom Coburn (R-Okla.) another chance to block it. […]

With the Congressional session winding down, the Senate is trying to get a bunch of things done, and didn’t have time to get spend a week getting around Coburn’s obstruction.  The House added the Food Safety Modernization Act to next year’s budget (well technically it’s a continuing resolution instead of a budget), which Congress has to pass to keep the government running next year.

In theory anyways.  Thanks again to the Senate, a year long budget will not get passed.  Instead, Congress will pass a short term budget resolution, which does not include the food safety bill.  At this point, most people thought the food safety bill was dead, but Senate Majority Leader Harry Reid (D-Nev.) managed to get it passed by unanimous consent in these final days of Congress’s term.  Today the House passed the Senate’s version of the bill, and sent it to President Obama.

Meanwhile, it’s worth noting that in the nearly two years that the Food Safety Modernization Act has been held up in the Senate there have been a number of new major outbreaks of foodborne illness:

Federal inspectors went to the plant within days of the complaint and conducted 14 inspections in the span of about two weeks. They documented dirty utensils and equipment — mixers and tubing coated with brown residue — and cracks and fractures in the floor, as well as standing water on the floor — all conditions where bacteria can breed.In one area where paste mixers and belt dryers were positioned, FDA inspectors noted “standing, grey/black liquid” in the drain near the area where the hydrolyzed vegetable protein was turned from paste to powder. “We sensed an odor in the vicinity of this drain,” the inspectors wrote.

This is ridiculous.  The Senate needs to fix its rules so that one Senator, like Tom Coburn can’t obstruct dozens of important bills that have wide bipartisan support.

And as for the industrial food processors, who knew that their facilities were contaminated, yet continued to sell their products to kids… we’re with Anthony Bourdain on this one:

“I think there are certain food situations where the pillory would not be inappropriate. Bring them back, strap the motherf—er to a post, and allow the outraged citizenry a reasonable period of time to throw feces and other unattractive substances at them.”

Next post: Tally in the courts so far: Individual mandate 2, Opponents 1