Warning: Use of undefined constant wp_cumulus_widget - assumed 'wp_cumulus_widget' (this will throw an Error in a future version of PHP) in /home/customer/www/whatifpost.com/public_html/wp-content/plugins/wp-cumulus/wp-cumulus.php on line 375
 The Food Safety Bill: Congress (finally) does a thing, Part 1
≡ Menu

The Food Safety Bill: Congress (finally) does a thing, Part 1 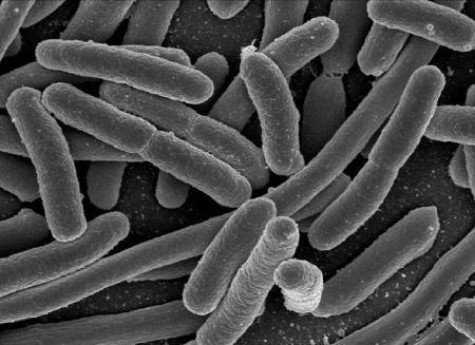 E. coli bacteria under a microscope

How do you feel about choosing between scrambled, fried, or E. coli contaminated eggs? What about salmonella in your kids’ PB&J sandwiches?  Or in the spinach salad you snack on during Popeye reruns?

If, like most people, you prefer uncontaminated food, then you were probably happy to read this in the New York Times a few weeks back:

Well… they almost passed it last month.  Thanks to a procedural error, it really only passed a few days ago, and still hasn’t made it to President Obama’s desk.  The story of why the Food Safety Modernization Act— a popular bill passed by wide margins with unusual bipartisan support– took nearly two years to get through Congress (and almost died there) is a perfect example of what’s wrong with the U.S. Senate.

But first, let’s look at why the Food Safety bill was so important.

In recent years, food safety has been a major public health issue in the United States.  Roughly 76 million people in the United States suffer food-borne illnesses every year, 300,000 are hospitalized and 5,000 die, according to the Centers for Disease Control.  The tipping point that led Congress to act was a massive salmonella outbreak involving tainted peanuts that killed nine people and sickened over 500 in 43 states, half of them children.  Eventually, over 3600 different peanut-containing products from 360 companies were recalled.

The outbreak was traced to one Peanut Corporation of America factory in southwest Georgia in January 2009.  Shortly afterwards:

An F.D.A. inspection team that visited the plant discovered that on 12 occasions in 2007 and 2008 tests conducted by the company found salmonella contamination in its products but that it shipped the contaminated products to customers after a retest found no contamination and did nothing to clean the plant.

Prior to the outbreak, F.D.A. officials said, they had relied on inspections by the Georgia Department of Agriculture, a common situation. State inspectors found rust that could flake into food and gaps in warehouse doors big enough for rodents to enter at the Peanut Corporation of America plant. But agriculture officials described the violations as minor.

Why wasn’t the public warned?

Conditions at the plant were only one element in the outbreak.  Turns out that state and federal regulations didn’t require that the company inform the public or the government about salmonella contamination at its plants.  Even after the outbreak began, to get records of the company’s salmonella tests, federal inspectors had to invoke a bioterrorism law.  The FDA also didn’t have the authority to force a recall– it has to convince companies to do recalls voluntarily.  This became an issue when the owner of Westco Fruits and Nuts refused to recall products that contained peanuts from the tainted PCA facility.

After months of hearings, Congress responded with the biggest potential overhaul to the nation’s food safety laws since the 1930s. The Food Safety Modernization Act would give FDA new authority to do things most of us probably thought the FDA could already do, like:

The House passed its version of the bill back in July of 2009.  But the bill sat in the Senate for over a year.

Part of the delay came out of a clash between small farmers who felt that new regulations would be too costly, and concerns from consumer safety groups that any exemptions would threaten public health.  These concerns were addressed by an amendment from Sen. Jon Tester (D-Mont.), which exempts food producers earning less than $500,000 a year, who sell their product within 275 miles of their operation.  It also allows the FDA to revoke the exemption for any facility or farm associated with an outbreak of foodborne illness.

There are quantum differences when you’re producing for a small firm and a major producer. When you mix spinach or lettuce from 50 different farms and one is contaminated, you’re contaminating all of it. There’s more traceability and accountability when there’s what Tester calls “eyeball-to-eyeball” contact between producers and customers. The industrial systems are brittle systems. They lose a certain resilience. And that leads to risks of another kind.

Even after these disagreements were worked out, the bill was still almost killed by Senator Tom Coburn (R-Okla.).  Tomorrow, we’ll look into how this one Senator could nearly derail a popular, bipartisan bill.

Next post: The Food Safety Bill: Congress (finally) does a thing, Part 2