Warning: Use of undefined constant wp_cumulus_widget - assumed 'wp_cumulus_widget' (this will throw an Error in a future version of PHP) in /home/customer/www/whatifpost.com/public_html/wp-content/plugins/wp-cumulus/wp-cumulus.php on line 375
 The doc fix explained
≡ Menu 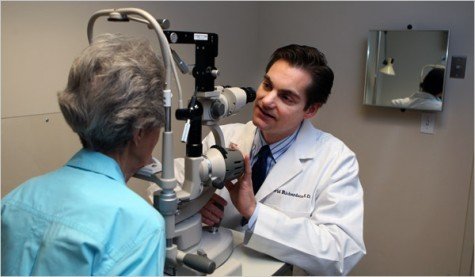 As promised, here is Part Two of our coverage of health care provisions in the unemployment benefits bill.

Because the Senate moves so slowly, the unemployment bill has turned into a catchall for random things Congress has to pass before the July recess (for example, the renewal of national flood insurance is also in there).   And so, one of the health care provisions– the “doc fix”–  really has nothing to do with unemployment.  It’s actually a temporary fix for a decade-old problem with Medicare.

The problem started in 1997, when Congress changed the formula for reimbursing doctors.  The new formula, called the “sustainable growth rate formula,” tied health care costs to the overall economy: if health care costs grew at a faster rate than the GDP, it would trigger automatic cuts in Medicare payments for doctors.  If the GDP grew faster than health care costs, doctors would get paid more.

This approach sort of made sense back when the economy and health care costs were growing at roughly the same rate.  But beginning around 2001, health care costs started to take off, while GDP growth dropped.  That should have triggered cuts in Medicare payments, but as Newsweek explains:

Meanwhile, because of the way the formula is constructed, the eventual cut gets bigger every time it’s been delayed- way bigger than what Congress originally envisioned.  The most recent extension expired on June 1.  If Congress doesn’t act quickly, doctors will see their payments for treating Medicare patients drop 21%.

Why doesn’t Congress just suck it up and ditch the formula?
The problem here is partly the way the formula was constructed.  Just like the payment cut gets bigger the longer it’s delayed, the cost of fixing it gets larger too.  The Congressional Budget Office estimates that ditching the formula permanently would cost nearly $276 billion in increased payments to doctors over the next ten years.  That’s up nearly a third from the estimated $207 billion that a similar fix would have cost late last year.

However, another issue is the way the CBO scores bills– by always estimating the costs over ten years.  If Congress wants to pass a permanent doc fix, then they have to find $276 billion either by raising taxes, reducing spending, or adding to the deficit.  However, if they pass a one year fix, the CBO will score it at about $20 billion, because their calculations assume the cuts will happen the following year.  Sure, anyone who works on health care policy knows that there is almost no way that Congress will let these cuts go into effect, and that in the long run they’re going to have to find the full $276 billion anyways.   But $20 billion sounds smaller, so it’s an easier sell.

And that’s basically the route Democrats are taking now.  The unemployment benefits extension bill that the Senate is debating included another postponement of the scheduled cuts– this time for 19 months, at a cost of only $22 billion.  That bill was blocked by conservatives who say they’re concerned about the deficit, so now it looks like the postponement will only last six to seven months.  On paper, this saves about $16.4 billion, but again, Congress is really just delaying spending that money.

Eventually there has to be a permanent solution.  Newsweek explains why it should happen sooner, rather than later:

At some point, of course, Congress will have to stop asking for extensions and either make the cut or kill the formula. Let’s hope that happens before 2016, because Heim estimates that by then doctors will be looking at a Medicare cut of 40 percent. Ask yourself this: If your boss told you he was going to cut your pay by that much, what would you do? You’d get a new job—and if your boss was a congressman, you’d make sure he did too.

Previous post: Congress and health care help for the unemployed