Warning: Use of undefined constant wp_cumulus_widget - assumed 'wp_cumulus_widget' (this will throw an Error in a future version of PHP) in /home/customer/www/whatifpost.com/public_html/wp-content/plugins/wp-cumulus/wp-cumulus.php on line 375
 The CLASS Act: a brief primer
≡ Menu

The CLASS Act: a brief primer 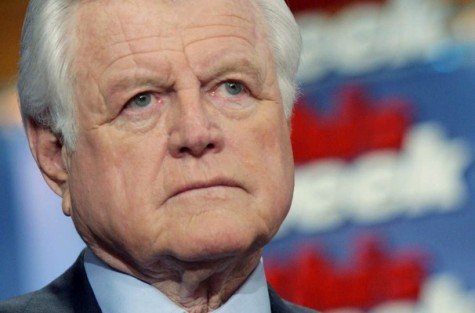 The CLASS Act was a long-time priority of Sen. Ted Kennedy.

The White House dropped a bombshell last week, when it announced that it was suspending the CLASS Act— a community-based long term care program that was part of the health reform law. Since most people have never heard of the CLASS Act before now, here’s a quick primer on what it is and what we make of the decision to end the program.

What is the CLASS Act?

Medicaid covers these services now, but only the poor are eligible to collect Medicaid benefits. In order to get long-term care, many people have to become poor by “spending down”– paying for long-term care out of pocket until they’ve burned through their life savings– then they qualify for Medicaid.

The CLASS Act would establish a new, national government-run insurance program for long term care. Here’s how it was expected to work:

[For a more detailed explanation of how the CLASS Act would work, check out our earlier coverage as part of our What’s in the New Healthcare Law? series.]

Why did the White House end the program?

The problem was that word “voluntary.” The biggest concern about the program was that only a small group of unhealthy people sign up, while everyone else opts out. Long-term care is very, very expensive– if only people who expect to need long-term care enroll, then the program would either run out of money or the cost of premiums would be pushed so high that no one could afford it.

To avoid this kind of collapse, the law required the Secretary of Health and Human Services to implement the program in such a way that it would be “actuarially sound for 75 years.”  After a lengthy analysis, the Secretary determined there was no way to devise a voluntary long term-care program that definitely wouldn’t run out of money and still meet the law’s other requirements.

If the program couldn’t work, why was it included in the new law?

Depends which party you ask. Republicans say that Democrats knew that the program wouldn’t work, but included it in the Affordable Care Act anyways in order to pad the numbers. A substantial part of the budget savings from the new law came from the CLASS Act– the CBO estimated it would save $86 billion over ten years. (Only later, after the ten years that the CBO’s estimate covered, was the program projected to lose money.)

Democrats are quick to point out that even without the CLASS Act, health reform is still expected to cut over $100 billion from the deficit. And some optimistic estimates did show that the program would attract enough people to remain stable.

People involved in the health committee negotiations think the program was included largely as a courtesy to the ailing Senator Ted Kennedy. The New Republic’s Jonathan Cohn writes:

It’s worth noting that, behind the scenes, the administration was never wild about CLASS. Internally several officials argued against including it, precisely because they were worried about the finances and sustainability. But some supported it, partly because the case for action was so unambiguous. Harold Pollack, the University of Chicago professor and regular TNR contributor, put it well when he said “CLASS seeks to address a huge need – helping disabled men and women live with dignity in their own homes.”

And skeptical administration officials took solace in the fact that, thanks to a provision inserted by Senator Judd Gregg of New Hampshire, the Secretary of Health and Human Services had discretion to modify the program if, upon further consideration, it appeared unlikely to remain stable. It’s precisely that authority that HHS Secretary Kathleen Sebelius exercised last week.

Doesn’t this call the rest of the Affordable Care Act into question?

Nope. Even former Senator Judd Gregg (R-New Hamp.), an opponent of the Affordable Care Act whose amendment was responsible for the inclusion and then ultimate demise of the CLASS Act admits:

This was a sidecar. This was not a core element of the overall bill. It was put in as a courtesy to Sen. Kennedy. I do happen to think the overall bill is going to massively fail on the fiscal side and probably fail on the substantive side too. But you can separate off the CLASS act as not having an effect on the underlying bill.

Also, the CLASS Act failed because it was missing something that the rest of the Affordable Care Act does have, as Jonathan Cohn explains:

The sustainability of CLASS Act would not have been in such question if everybody had to sign up for it. In other words, if long-term care insurance were subject to an individual mandate, old and sick people would not have been the only people enrolling. The rest of the Affordable Care Act has such a requirement, as conservatives know better than anybody.

In any case, the problem that the CLASS Act was meant to solve remains. The White House opposes a formal repeal of the Act, hoping that it can work with Congress to fix the program. HHS Secretary Kathleen Sebelius wrote in her letter to Congress announcing the cancellation:

By 2020, we know that an estimated 15 million Americans will need some kind of long term care and fewer than three percent have a long term care policy. These Americans are our family, our friends, and our neighbors. If they are to live productive and independent lives, we need to make sure that they have access to the long term care supports to make that possible.