Warning: Use of undefined constant wp_cumulus_widget - assumed 'wp_cumulus_widget' (this will throw an Error in a future version of PHP) in /home/customer/www/whatifpost.com/public_html/wp-content/plugins/wp-cumulus/wp-cumulus.php on line 375
 TARP vs. The Stimulus
≡ Menu

TARP vs. The Stimulus 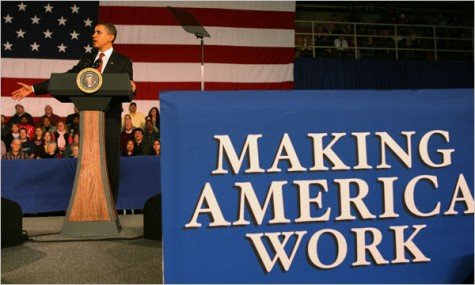 Following up on our coverage of state and federal budget issues: we’ve noticed that there seems to be some confusion over the difference between the Stimulus and the bank bailouts.

Part of the American Recovery and Reinvestment Act of 2009– better known as the Stimulus– gave state governments extra funding to help deal with the giant holes in their budgets caused by the financial crisis.  With the economy still in rough shape, President Obama has urged Congress to pass additional funding to help states.  Politicians and media types have referred to this as a “bail out” for state governments.  That might be a fair description, but the words “bail out” have left a lot of people thinking that the Stimulus is connected to TARP and the bank bailouts.

It actually is not.  To help clear things up, here’s a short description of each program.

This was the bank bailout (or part of it anyways).  TARP allowed the Treasury to buy or insure up to $700 billion in “troubled assets” from banks and other financial institutions.  Technically it involved the Treasury buying subprime mortgages, mortgage backed securities, and derivatives, but in a lot of ways it worked more like an enormous loan to banks.  In exchange for buying the junk nobody wanted, the Treasury got shares in the companies – once the crisis had passed the companies could buy back these shares, thereby paying off their TARP obligations.

The program seems to have worked.  TARP was originally expected to cost the government $356 billion, now the Treasury expects it will only cost around $89 billion.  That may sound like a lot, but it’s 42% less than the cost of bailing out the savings and loan industry in the 1980’s. Banks have been rushing to pay off the TARP money, in part because it came with limits on executive compensation.  Or in some cases banks didn’t need the money– for example PNC bank appears to have used its TARP money as a loan to purchase National City bank at a bargain price.

Unfortunately, as Rolling Stone writer Matt Taibbi notes, TARP was only a part of the financial bailout.  There were separate programs through the Federal Reserve to bail out AIG and Bear Stearns, to buy even more “troubled assets,” and make trillions of dollars worth of low interest loans.  (For now, only the Fed knows where most of this money went.)  And losses to the government from Fannie Mae and Freddie Mac are projected to be $370 billion over the next ten years.

The bailouts have also been surrounded by controversy.  Records show that 17 banks which had received TARP funding — including Citigroup, Goldman Sachs, JPMorgan Chase and Bank of America– paid $1.6 billion in bonuses before Congress passed rules limiting executive compensation.  Early this year, some banks were posting record profits, although bank profits have declined recently, apparently because of the still struggling economy.  Speaking of which…

In April 2009, Congress passed a $787 billion stimulus package.  If TARP was the bail out for Wall Street, then the stimulus was the bail out for Main Street.  The idea was that the government would cut taxes and create jobs to help people cope with the massive recession caused by the financial meltdown.  Here’s how the money was spent:

Tax Cuts: $288 billion
Conservatives complain about all the new spending in the stimulus, but in reality 1/3 of the cost of the stimulus was tax cuts, including:
Health Care: $155.1 billion

That was only part of the stimulus funding.  Billions of dollars went towards transportation projects (like bridges, highways, and high speed rail), improving water and sewage treatment, repairing and improving government buildings, expanding broadband and wireless internet access, research on renewable energy, repairing and upgrading public housing, scientific research… the list goes on.  (Wikipedia has a more complete list or check out Recovery.gov to see how the money is being spent.)

The Stimulus was intended to fill the gap in demand until the economy got moving again.  For the most part it did what it was supposed to, but has been overwhelmed by budget crises at the state level.  And so President Obama and most Congressional Democrats have called for extending some of the stimulus benefits until the economy is more stable, but conservatives in the Senate have managed to call it a bailout, say that it failed, and block all but a modest extension of unemployment benefits.  For more, see our earlier post here.

Next post: Where are they now? Public Option Edition