Warning: Use of undefined constant wp_cumulus_widget - assumed 'wp_cumulus_widget' (this will throw an Error in a future version of PHP) in /home/customer/www/whatifpost.com/public_html/wp-content/plugins/wp-cumulus/wp-cumulus.php on line 375
 Surprise! Medicaid is better for your health than having no insurance
≡ Menu

Surprise! Medicaid is better for your health than having no insurance 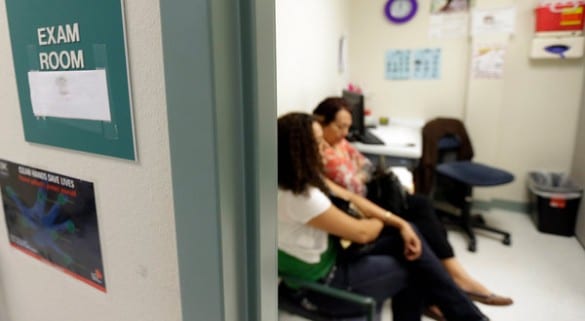 Following up on our last post on the Medicaid expansion— one argument you often hear from opponents of health reform is that Medicaid is bad for health; “worse than no coverage at all,” as one editorial in the Wall Street Journal put it, citing “dozens of recent medical studies.”

This kind of counter-intuitive statement makes for great headlines– “Having coverage can make you less healthy!”– which is probably why it gets more attention than it deserves. But the fact is, other much more relevant studies have consistently shown that having Medicaid improves people’s health.

To help understand why the pro-Medicaid camp is right, it might be helpful to revisit a couple lessons from grade school science class.

Lesson 1: Correlation is not causation

[Ok, this one might be closer to high school level science class.]

First, let’s look at the evidence that Medicaid causes poor health outcomes. The author of the WSJ editorial, Dr. Scott Gottlieb, is right about one point: there are dozens of studies (probably more that even) showing that Medicaid is associated with things like longer hospital stays and a greater likelihood of dying after major surgery.

The editorial says the studies controlled for “socioeconomic and cultural factors,” but even the studies’ authors admit that it’s impossible to control for all the possible differences between groups. The Incidental Economist’s Austin Frakt, a professor of health policy at Boston University, writes:

I read the four studies Gottlieb explicitly cited and guess what? In every single case the authors are careful to assert that they are investigating associations. They point to ways in which their study does not completely control for all the differences between Medicaid enrollees and the uninsured or other groups. They very clearly state that health insurance status is being used as a proxy for broader socio-economic status.

Thus, one cannot conclude — and the study authors do not — that Medicaid is the cause of worse health. One can only say that there is something about Medicaid enrollees that is associated with worse health outcomes.

Ok, so thanks to those “dozens of studies,” we know there is something that Medicaid patients tend to have in common that leads to worse health outcomes. But what is that something? Is it Medicaid itself or is it something else (or a bunch of something elses)?

At this point we’ve completed the first step of the scientific method we learned in grade school: “Make an observation/ask a question.” 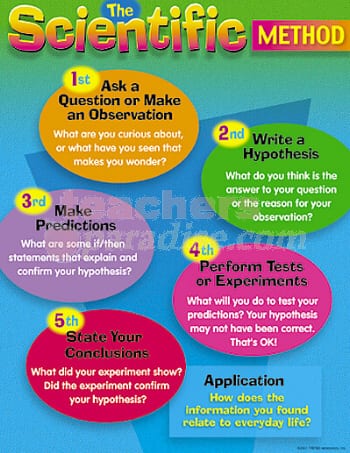 The next steps are to come up with a hypothesis we can test– in this case, “Medicaid causes people to be in worse health health”– and make a prediction. Opponents believe that Medicaid reimbursement rates are so low they cause doctors and hospitals to provide shoddy care and sometimes refuse to see Medicaid patients at all. This prediction doesn’t make a ton of sense though– poor patients without any coverage can barely afford to pay doctors and hospital anything for their care.

Let’s go back to the observation step then. If sicker people are more likely to sign up for Medicaid, one way to control for this possible selection bias is to see what happens when people can’t sign up. We can compare states with similar populations, but different Medicaid eligibility rules; if states that cover more categories of people have better health outcomes in those categories, then we have a pretty good indication that Medicaid is helping.

Turns out some Harvard researchers did just this type of study, published last week in the prestigious New England Journal of Medicine. They looked at what happened in states that expanded their Medicaid programs, compared the results to nearby states that did not, and found that when states expanded Medicaid, fewer people died every year:

When researchers adjusted the data for economic factors like income and unemployment rates and population characteristics like age, sex and race, and then compared those numbers with neighboring states, they estimated that the Medicaid expansions were associated with a decline of 6.1 percent in deaths, or about 2,840 per year for every 500,000 adults added.

Other similar studies comparing states have consistently shown that Medicaid improves health. Remember though, while these observational studies make a very strong case for Medicaid, they are still limited. Again, we can’t account for all the differences between populations of different states.

Again, as it turns out, there was such an experiment. Oregon, due to overwhelming demand and limited resources, used a lottery to randomly give some people Medicaid, while leaving some who applied for it uninsured. Here’s what they found:

We could use more randomized experiments to show us which types of coverage are most effective, but what we know for certain is this: Medicaid coverage is much better than no coverage.

In the end, the Medicaid expansion will improve the health of their poorest residents, at minimal cost to states. Many healthcare experts believe every state will eventually join the expansion, because it’s too good to pass up— here’s hoping they’re right. As law professors Timothy Jost and Sara Rosenbaum wrote in the New England Journal of Medicine: