Warning: Use of undefined constant wp_cumulus_widget - assumed 'wp_cumulus_widget' (this will throw an Error in a future version of PHP) in /home/customer/www/whatifpost.com/public_html/wp-content/plugins/wp-cumulus/wp-cumulus.php on line 375
 Story of the week: The Latest “Doc Fix”
≡ Menu

Story of the week: The Latest “Doc Fix” 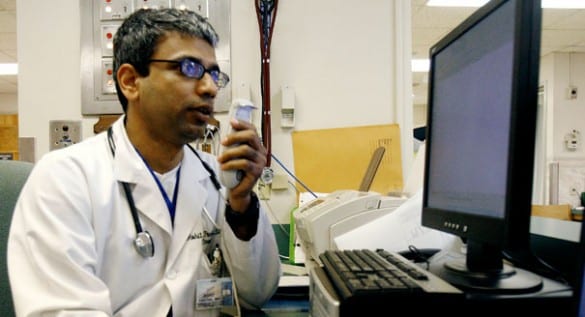 This week’s biggest health care story got much less attention than last week’s contraception controversy (contraceptroversy?), but it’s still pretty important. Congress reached a deal to prevent an automatic, massive cut in Medicare payments to physicians that was scheduled to take effect on March 1. Unfortunately though, to help pay for this “doc fix,” they’re going to cut funding for the prevention of chronic disease.  Here’s everything you need to know about the deal.

Why was there going to be a giant cut in Medicare payments to doctors?

In a fantastic FAQ the last time this issue came up (way back in… November), the Washington Post’s Sarah Kliff explained:

Ever since Medicare was created in 1965, the federal government has struggled to decide how much to pay Medicare doctors for their services. Democrats and Republicans alike have drawn up complex formulas with wonky names to set reimbursement levels. […]

In 1997, Congress created a new formula called the Sustainable Growth Rate, or SGR. Using Medicare spending in the 1990s as a baseline, the formula factored in overall economic growth to create the annual Medicare budget. The goal was to control Medicare spending by tethering it to the rest of the economy’s growth. And, for a few years, this worked fine; the equation pretty accurately predicted how much Medicare would cost. But, as health care costs outpaced the economy, it has stopped working, leaving the entitlement with a multi-billion-dollar shortfall.

When Medicare funding falls short, Congress is left with two options: Cut doctors’ pay or appropriate additional funds. Legislators don’t really like the first one; they worry providers would flee the program if their salaries were slashed. So since 2003, under both Democratic and Republican control, Congress has passed short-term doc-fixes to keep provider payments stable (or, in some cases, give doctors a slight raise). These pay-patches have ranged from a few years to just 30 days. In 2010 alone, Congress passed five separate doc-fixes, none longer than six months.

The short answer is money. Every year, the difference between what the SGR formula gives Medicare and what Medicare actually costs gets bigger and bigger. It’s a lot easier for Congress to find a few billion dollars once or twice a year than it is to find $300 billion– the amount the Congressional Budget Office estimates it will cost to repeal the formula. 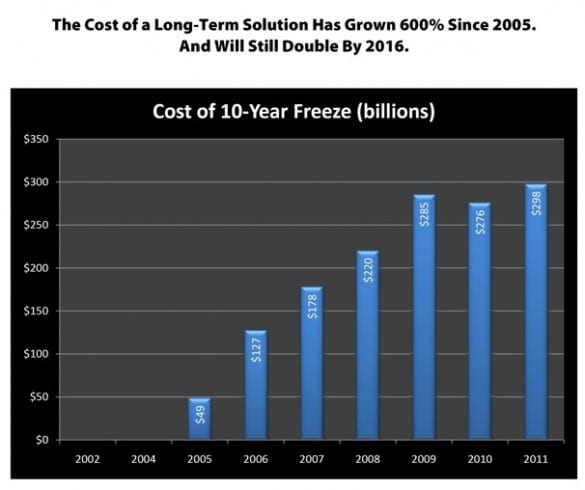 Why should I care?

If Congress didn’t pass a doc fix, doctors would get a huge paycut from Medicare– a 27% reduction. Many people worry that a cut so drastic would cause many doctors to drop out of the program altogether.

It’s unlikely that Congress will ever allow that to happen… However, low payments for primary care physicians combined with uncertainty about when they’ll be paid every time the latest “doc fix” is about to expire, has already led many doctors to limit the number of Medicare patients they see.

Is this latest deal a permanent solution?

With the current Congress, of course not. But they did manage to find about $18 billion, enough to patch things up until the end of the year.

Ah, there’s the rub. Some of the money came from reduced payments to hospitals, nursing homes, and clinical labs, and reduced Medicaid payments to Louisiana. But most notably, the deal will cut $5 billion from the Prevention and Public Health Fund created by the health reform law.

The Fiscal Times’ Merrill Goozner explains why this is bad news:

Would you sell your home’s storm doors to pay for this winter’s heating bills? That’s what Congress did Friday to pay for part of a 10-month “doc fix.” […]

“The idea of paying for a ten-month fix in physician payments with a ten-year cut in prevention programs is the ultimate penny-wise, pound-foolish move,” said Richard Hamburg, deputy director of Trust for America’s Health.

If prevention is so great, why did both parties agree to cut funding for it?

Prevention programs will save money in the long run, but in the short term it’s often hard to see tangible results… making it an easy target for politicians worried about the next election.

Writing in the Journal of Health Politics, Policy and Law, the University of Richmond’s Rick Mayes describes the “Prevention Paradox”: “If public health measures are effective, the problems they are aimed at are often solved or never even materialize, thereby making them virtually invisible.” And when you can see results- for example if obesity rates or diabetes decline– it’s often over a long period of time.

Next post: Ask What If: Medical bills and your credit score