Warning: Use of undefined constant wp_cumulus_widget - assumed 'wp_cumulus_widget' (this will throw an Error in a future version of PHP) in /home/customer/www/whatifpost.com/public_html/wp-content/plugins/wp-cumulus/wp-cumulus.php on line 375
 Some perspective on Obamacare’s “winners and losers”
≡ Menu

Some perspective on Obamacare’s “winners and losers” 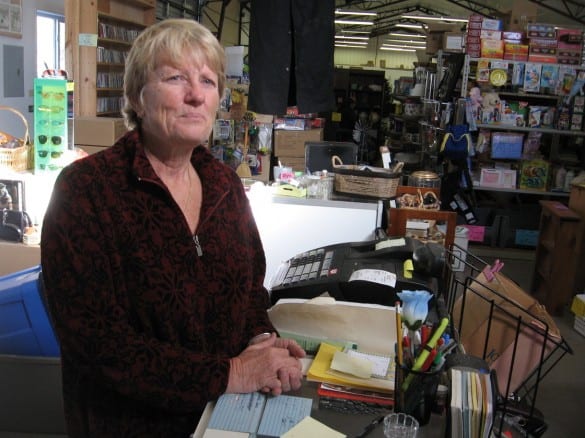 Lela Petersen of Flagler, Colorado. Insurance premiums for her and her husband will be but in half under Obamacare.

Lately there’s been a lot of talk about how there will be new “winners and losers” under Obamacare. And it’s certainly true that some people will be better or worse off than they were before– as New York Magazine’s Jonathan Chait writes:

When it’s working, there will be many more winners than losers under the new law. As many as 15 million people could qualify for free coverage under Medicaid (depending on how many states expand), and up to 7 million others will be eligible for free coverage from private insurers on the Obamacare marketplaces, thanks to federal subsidies. Millions more who don’t qualify for free coverage will still be able to buy plans for much less than they’re paying now, and many people with pre-existing conditions will be able to purchase coverage for the first time. (For comparison’s sake, if you add up all the people who purchased their own insurance before Obamacare, it only comes to about 15 million people.)

But with healthcare.gov still being fixed, most of the media’s attention has been on Obamacare’s “losers”– the people who will be paying more. It’s worth remembering though, that there’s an enormous difference in what it means to be a “loser” under the old system and a “loser” under Obamacare.

Last week, the investigative reporting site ProPublica found what’s probably the most extreme example of “losing” under the Affordable Care Act. Lee Hammack (60) and JoEllen Brothers (59) are self-described “cradle Democrats” who are paying $550 per month for a Kaiser Permanente plan they’ve had since 1995. The plan is being canceled and a roughly equivalent Bronze plan on the exchanges would cost them $975. Their income is just above the cut-off point to qualify for subsidies, which is about $62,000 for a married couple.

You’d be hard pressed to find anyone who’s worse off than them under the Affordable Care Act (aside from poor Americans living in states that don’t expand Medicaid). For starters, they’re approaching Medicare age, which means insurers will charge them the maximum rate allowed under Obamacare (they’re not allowed to discriminate based on health, but they are allowed to charge older people three times as much as younger people). If they made a little less money they’d get a hefty subsidy, but since they make just above the $62,000 cut-off to qualify, they’ll have to pay the full rate. Which means that the cost of their insurance relative to their income is as high as it can possibly be under the Affordable Care Act.

Now, to put Hammack and Brothers’ new rates in perspective, consider Lela and Mike Petersen of Colorado. They’re also married and roughly the same age as Hammack and Brothers– Lela is 57 and Mike is 60– but they haven’t had the same good health. Mike has diabetes and Lela has back problems, which means that their premiums had risen to $1,950 per month for just the two of them. They were ecstatic to find out that because of Obamacare they could get the same coverage as before for just $832 (the Petersens do qualify for a subsidy). Says Lela:

So the new Obamacare rate that seems totally unreasonable to Hammack and Brothers, is less than half of what the Petersens– who have a lower income– were paying before.

Another thing to remember is that Hammack and Brothers are probably the worst case scenario under the Affordable Care Act, and their situation is somewhat unusual, because they were lucky enough to get really great rates under the old system. (A Kaiser Permanente spokesperson even told ProPublica, “Our actuaries still aren’t entirely sure why that was.”) Most individuals who will see their rates rise will be young, healthy men who can almost certainly afford it– like the 34-year old single gentleman making $45,000 per year who complained in the Los Angeles Times he’ll now be paying $213 per month– just 5.6% of his income for health insurance.

So to recap… the worst case scenario in all of the Obamacare cancellation “horror stories” we’ve seen, (ignoring those left out of the Medicaid expansion) is that a small percentage of people may have to pay more for coverage than before, and for an even smaller number, it’s debatable whether this new rate is truly affordable. A rate that some people consider affordable, others might consider a hardship– even when they have the same income.

Now, consider the worst case scenarios before Obamacare: millions of people simply couldn’t get coverage, either because they couldn’t afford it or because they had a pre-existing condition. Over 40,000 people died every year because they didn’t have insurance, and many more went bankrupt. Even if you had coverage, your insurance company could cancel your policy when you got sick if they discovered you had a pre-existing condition… even if you didn’t know you had it (a practice called rescission):

In other words, even Obamacare’s biggest “losers” would be considered winners under the old system.

Next post: Everything you need to know about the plan to undo insurance cancelations

Previous post: A guide to reading and watching Obamacare coverage