Warning: Use of undefined constant wp_cumulus_widget - assumed 'wp_cumulus_widget' (this will throw an Error in a future version of PHP) in /home/customer/www/whatifpost.com/public_html/wp-content/plugins/wp-cumulus/wp-cumulus.php on line 375
 Repealing reform: here’s what would happen (and it’s not good)
≡ Menu

Repealing reform: here’s what would happen (and it’s not good) 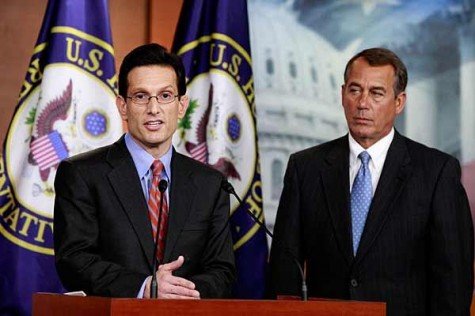 Later today, after a week long break due to the shooting of Rep. Gifford in Arizona, the House will vote on repealing the Patient Protection and Affordable Care Act.

First things first. There is absolutely no chance that this vote will result in the repeal of the new health care reform law.  With a new Republican majority, repeal will pass the House, but Republicans don’t have anywhere nearly enough votes in the Senate.  Harry Reid has said that he won’t put it in the Senate’s schedule.

Still it’s worth asking the question: what would happen if health reform were repealed?  The nonpartisan Congressional Budget Office ran the numbers, and here’s what they found.

1. Repealing health reform would add to $230 billion to the deficit

When the Democrats controlled the House, they tried to rein in the deficit with a system called Pay-As-You-Go: bills had to be paid for, either by reducing spending or by raising taxes.  That’s how they paid for health reform– provisions to reduce health care spending combined with new taxes on the very wealthy and expensive “Cadillac” health plans.

Republicans controlling Congress have passed a new rule: Cut-Go. It sounds like pay-go, but it’s actually very different. New spending still has to be paid for, it can’t add to the deficit, but under cut-go Congress can’t offset new spending by raising taxes… on anyone. But there’s more. Under cut-go, Congress doesn’t have to pay for any tax cuts, no matter how much they add to the deficit. So, let’s say Congress wanted to pass a bill that would help veterans find jobs when they get out of the military. Under the new rules, Congress couldn’t pay for it by raising taxes on hedge fund billionaires or closing corporate tax loopholes. Congress could, however, lower taxes for hedge fund billionaires, and that would be fine, even if it adds a trillion dollars to the deficit.

It turns out that Cut-Go does not apply to all saving or spending. When Republicans passed cut-go, they had to make an exception for the repeal of health care reform. Why?  Because not only is health reform fully paid for, it’s expected to reduce the deficit.  By a lot.

According to the CBO estimate, repealing health care reform would add $230 billion to the deficit over the next decade.

Again, this is according to the CBO estimate.  In 2019 if health reform is repealed, 32 million fewer people will have insurance than if the bill was left to stand.

This point is a little complicated. The CBO estimates that premiums on the individual market would actually be slightly lower if health reform is repealed, because the average insurance policy would cover less. The average enrollee would have to pay more out of pocket for fewer benefits.

Meanwhile, what people actually pay for premiums would be much higher under repeal, because right now most people will get a subsidy from the government to help pay for the cost of insurance. And of course, under repeal, if you have a pre-existing condition, you’re totally out of luck.

As soon as the CBO released its analysis, the Republicans responded with two points:

On the first point, the CBO admits some uncertainty in their analysis, but they also say:

CBO’s staff, in consultation with outside experts, has devoted a great deal of care and effort to the analysis of health care legislation in the past few years, and the agency strives to develop estimates that are in the middle of the distribution of possible outcomes.

The CBO believes that their estimate on the cost of repealing reform could just as easily be too low. Republicans have been trying to come up with an explanation for why they think the CBO analysis is wrong, but in this excellent post, Ezra Klein quickly rebuts their claims.

As for their second point– Republicans have had over a year and a half to come up with an alternative to the Affordable Care Act.  The fact that they still don’t have one– other than some vague suggestions about turning Medicare into a voucher program or letting states figure something out on their own– speaks volumes.

Previous post: How will new EPA regulations affect our health?