Our guide to getting covered under Obamacare (updated for 2015!) 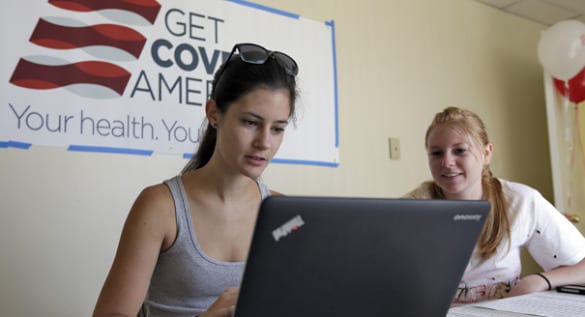 The first deadline for Obamacare’s second year is coming up fast– for coverage that starts on January 1, you have to sign up by this Monday, December 15– and the February 15th end of open enrollment for 2015 will be here before you know it. Buying insurance can be ridiculously confusing, especially if you’ve never done it before, and on top of that, the deadlines, income guidelines, and penalties have all changed since last year. But don’t worry: to help make the process a little easier, we have a new guide to getting covered under Obamacare for 2015!

Deadlines: Since 2014 was the first year of the program, the open enrollment period (the time when anyone can buy coverage) was much longer, running from October 1 to March 31. This year open enrollment is much shorter– it lasts from November 15, 2014 to February 15, 2015.

Income guidelines: The cutoffs for Medicaid and subsidies to help pay for premiums are both based on the federal poverty level (FPL), which is a little higher this year than it was last year. (For example, last year the FPL for a single adult was $11,490– this year it’s $11,670.)  You can see the new guidelines in this chart: 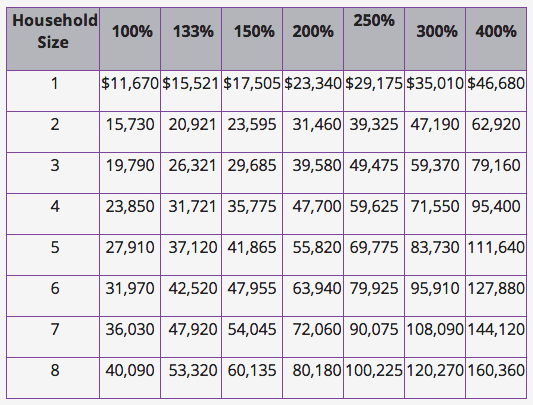 Why you should NOT just auto-renew your Obamacare plan next year: If you already have coverage through the Obamacare exchanges and don’t do anything, you’ll automatically be enrolled in your current plan. This is a terrible idea for a bunch of reasons. For starters, the details of your plan might have changed– and as this tool from ProPublica illustrates, sometimes the difference can be dramatic:

But also, just as importantly, even if your plan doesn’t change, what you pay may be totally different. Most people are getting a federal subsidy to help pay for coverage, which is calculated based on three things: the sticker price of your plan, your income, and the price of a “benchmark” silver plan. Even if your plan’s sticker price and your income will be exactly the same in 2015 (and chances are they won’t), if the price of that benchmark plan changed, then what you pay for your premium could be very different this year.

If you don’t log back onto the Obamacare marketplace to ask for a redetermination of your subsidy, it will automatically apply the subsidy you got last year– even though it’s probably wrong– and if it’s too large, you’ll have to pay some of it back when you file your 2015 taxes. Also, you may find that another plan is much cheaper this year– so it pays to shop around.

The basics of getting coverage

The OTHER Obamacare subsidy hardly anyone knows about: Most people have probably heard that there are subsidies to help pay for premiums based on income. What you might not know is that if you make less than 250% of the FPL ($29,175 for a single individual) you also qualify for reduced out-of-pocket costs– but only if you buy a silver-level plan.

Five things non-citizens need to know about Obamacare: This is the group that will have the hardest time applying for health coverage. Not only does their eligibility for subsidies or Medicaid depend on income, on top of that immigration status, how long you’ve lived in the country, and in some cases country of origin will all play a role. Here are the most important things you need to know to get covered.

Kaiser Family Foundation has a pretty great FAQ page if you have any questions that aren’t answered in the posts above and a list of the five most important things to keep in mind if you’re thinking about signing up. And Families USA has a fantastic guide for what to do after you sign up to make sure you get the most out of your new coverage.  And finally, now through the deadline we’re answering your Obamacare questions on our Facebook page– leave your questions there or in the comments below and we’ll do our best to answer!

Next post: What the single-payer movement can learn from Vermont

Previous post: How common are police shootings? No one knows because no one’s counting.