Warning: Use of undefined constant wp_cumulus_widget - assumed 'wp_cumulus_widget' (this will throw an Error in a future version of PHP) in /home/customer/www/whatifpost.com/public_html/wp-content/plugins/wp-cumulus/wp-cumulus.php on line 375
 No, Republicans haven’t repealed Obamacare… yet
≡ Menu

No, Republicans haven’t repealed Obamacare… yet

Late last week, our Facebook feed started blowing up with posts about how Republicans in Congress just voted to repeal Obamacare. I think it started with an article by Charles Pierce at Esquire with the headline, “30 million people lost their healthcare in the dead of night”. There’s a link to what it calls “an easily readable rundown of the details of the crime” at ProPublica. That page is really just the vote tally for Senate Vote 26, which for some reason ProPublica gave the headline “Adopts Budget Resolution To Repeal Obamacare.”

All of that sounds scary, but it’s super misleading. Here’s why.

Doing almost anything in the Senate requires 60 votes to overcome the opposing party’s filibuster. The one loophole is something called “budget reconciliation”, which allows the Senate to pass a budget with just a simple majority. If Republicans want to use the reconciliation process for Obamacare repeal, they have to pass a budget resolution saying so– and that’s what they did late Wednesday night. This budget resolution was the first step in the reconciliation process, but it doesn’t actually repeal anything.

What it does is make repeal easier down the road. The House voted to adopt the budget resolution, meaning relevant committees from the House and Senate can now write legislation laying out a specific plan for repeal, which Republicans in the Senate could then pass with just 51 votes.

However, there are some snags in that plan. Big ones.

First, the budget reconciliation process can only apply to parts of Obamacare directly related to, you know… the budget. That means Republicans can use reconciliation to repeal some provisions, like the ACA’s subsidies to help make insurance affordable, the penalty for not buying insurance, the Medicaid expansion, and the taxes on wealthy Americans and the healthcare industry that paid for the law. However, they can’t repeal Obamacare’s regulations on the insurance industry using reconciliation. That includes the law’s most popular provisions: rules saying insurers can’t charge more or deny coverage based on pre-existing conditions, they have to cover certain essential benefits, they can’t charge women more than men, they can’t cap annual or lifetime benefits, etc. If Republicans were to repeal the budget stuff and keep the regulations, like the ban on pre-existing conditions, it could trigger what’s called an insurance market “death spiral.” Healthy people who could no longer afford coverage without the subsidies would drop their insurance, but sick people would try to find a way to stay on. Covering a higher percentage of sick people would increase premiums even more, causing more healthy people to drop off, causing premiums to go up again, and… you get the idea. Eventually no one can afford to buy insurance.

Republicans, of course, don’t want to be blamed for destroying the individual insurance market and kicking 30 million Americans off their health coverage, so they have to come up with a replacement plan. They don’t have one yet, because what they’ve promised– covering “everyone” (as Trump put it), with great insurance that’s more affordable for families and costs the government less than the ACA– is basically impossible. It’s easy to design a plan that makes decent coverage more affordable and covers more people, but that would also mean increased government spending.

The plans that individual Republicans have proposed so far all move in the other direction– they’d spend less than Obamacare, but would cover fewer people, have higher deductibles, and eliminate popular ACA protections, like the requirement that plans have to cover certain essential health benefits. With all of these drawbacks, GOP leaders in Congress haven’t been able to get all the members of their own party behind any one plan, much less any of the Democrats they’d need to pass a repeal plan in the Senate.

To get around that, Republicans have suggested “repeal and delay”: voting to repeal Obamacare now, but delaying the implementation of repeal until they can come up with their own plan. If their goal is to keep from getting blamed for millions of people losing their coverage, this option isn’t much better for them though. Repeal and delay would destabilize the insurance market— insurers worry that news of Obamacare repeal would cause young, healthy people to stop buying insurance (because they’d assume they no longer have to pay the penalty for not having coverage); that uncertainty would cause insurers themselves to raise premiums dramatically or just drop out of the market altogether. As Vox’s Ezra Klein put it, “Repeal and delay takes something Republicans already can’t seem to do — agree on an Obamacare replacement — and weaponizes it against themselves.”

That’s just the insurance side of Obamacare. The ACA also provided coverage to millions of Americans by expanding Medicaid, and Republicans could repeal that part through the budget reconciliation process. However, again, millions of low income Americans would then be left without coverage. Medicaid expansion has been so helpful that some Republican governors have been urging Congress to keep it, even if they were to repeal the rest of the law.

The budget resolution last week was the easy part— and the politics of moving from there to the actual repeal of Obamacare are such a nightmare for Republicans that there is a very real chance that public pressure could work. Articles implying that Obamacare has already been repealed aren’t just wrong, they’re irresponsible– if people think repeal has already happened they could be less likely to take action. And there’s plenty people can do. The more people who call their members of Congress (especially if those members of Congress are Republicans) and share their stories, the better the chances of stopping Obamacare’s actual repeal. 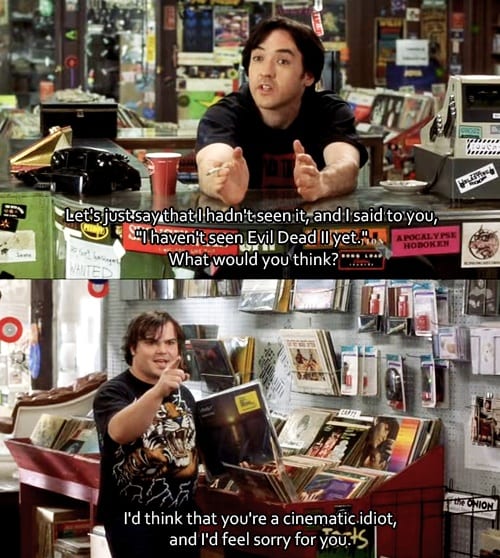 Next post: Members of Congress will be back in their districts next week. Just sayin’

Previous post: We’re in the middle of Obamacare open enrollment– here’s our guide to getting covered (updated for 2017)!