Warning: Use of undefined constant wp_cumulus_widget - assumed 'wp_cumulus_widget' (this will throw an Error in a future version of PHP) in /home/customer/www/whatifpost.com/public_html/wp-content/plugins/wp-cumulus/wp-cumulus.php on line 375
 No, Obamacare does not contain an insurance company bailout
≡ Menu

No, Obamacare does not contain an insurance company bailout 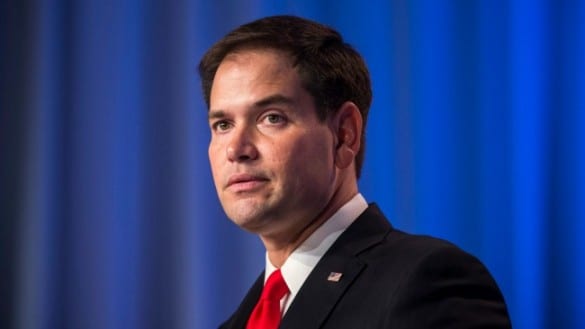 Here’s one way you can tell the Obamacare launch is back on track: instead of complaining about an actual problem (the websites not working), opponents of the law have returned to making stuff up.

Back in November, Senator Marco Rubio introduced legislation to repeal Obamacare’s “risk corridors,” calling this provision a “bailout” of insurance companies. Recently, a number of other conservative lobbying groups and pundits have joined the charge against this so-called “bailout.” However, just like there were no death panels, only an optional program to help seniors plan end-of-life care, there’s no insurance bailout either– risk corridors are basically training wheels for insurers, a temporary program to help them get used to Obamacare without having to be overly cautious in a way that could destabilize the new law.

What are risk corridors?

Keep in mind that insurers set their premiums based on the healthiness of the pool of people signing up for coverage– if individuals in the pool are healthier on average, premiums are lower, while if it’s a sicker pool, premiums go up. Under the old system it was pretty easy for insurers to figure out how healthy their enrollees would be because they could use the previous year as a guide.

But under Obamacare, the pool of people signing up for coverage will look completely different from last year, now that:

This uncertainty made setting premiums rather tricky, as Sy Mukherjee of the website ThinkProgress explains:

Insurance companies were sort of shooting in the dark when they set premiums for Obamacare’s first year. They had to approximate how many people would enroll, how old the customers would be, how sick they would be, how much insurers would have to pay out in claims — but the whole enterprise was, ultimately, a series of educated guesses.

It’s going to take a few years for insurers to get a good idea what the pool of people buying coverage on the exchanges is like. However, during periods of uncertainty, companies tend to take fewer risks, and the worry is that insurers will either (1) not participate in the Obamacare marketplaces until things settle down, or (2) set premiums unusually high. But either of those things would be bad news for consumers– leaving them with fewer insurance options and/or more expensive premiums.

In other words, we want to encourage a little more risk-taking from insurers when they’re setting premiums, at least in Obamacare’s first few years– and that’s where risk corridors come in. Bloomberg Businessweek’s John Tozzi explains how they work:

[Risk corridors are] a temporary way to limit insurers’ potential losses and profits. It applies only to insurers selling plans on the health exchanges. The mechanics are complex, but the gist is this: If it turns out a health plan set its rates too high—collecting much more in premiums than it paid out—the carrier pays a portion of the excess to the government. On the other hand, if insurers set rates too low, the government will backstop some of their losses.

Why risk corridors are not a bailout

A “bailout,” is what happens when a company makes stupid or risky decisions, and the federal government has to step in and rescue it. Conservatives like Rubio say it’s a similar situation here: if insurers set their premiums too low ( a risky move), the government will step in and offset some of their losses– and there’s no cap on how much the government will pay out– thus it’s a “bailout.”

However, they’re ignoring a key word: “some.” Yes, the government will cover some of the losses if an insurer sets premiums too low, but the insurer still loses money. Here the bailout analogy falls apart: in the financial crisis, banks made risky bets on the housing market, kept the money when they won, and left taxpayers on the hook when they eventually lost. With risk corridors, if an insurer makes a risky bet on how healthy the pool of enrollees will be, it doesn’t make anything… it just loses just slightly less money. In other words, risk corridors don’t give insurers an incentive to take outrageous risks– it simply gives them an incentive not to be overly cautious setting premiums, knowing that if they guess wrong, they won’t be totally wiped out.

It’s also worth noting that “risk corridors” are not a new concept. As The New Republic’s Jonathan Cohn points out:

What’s that? You haven’t heard Republicans attacking Medicare Part D an insurer bailout? Maybe that’s because of one other, obvious difference between Part D and the Affordable Care Act. Only one of them was signed into law by a guy named Barack Obama.

Next post: Obamacare plans tend to have smaller networks– why is that and is it a problem?