Warning: Use of undefined constant wp_cumulus_widget - assumed 'wp_cumulus_widget' (this will throw an Error in a future version of PHP) in /home/customer/www/whatifpost.com/public_html/wp-content/plugins/wp-cumulus/wp-cumulus.php on line 375
 Nearly half of all Americans live in places with unsafe levels of air pollution. Here’s how the EPA is trying to change that.
≡ Menu

Nearly half of all Americans live in places with unsafe levels of air pollution. Here’s how the EPA is trying to change that. 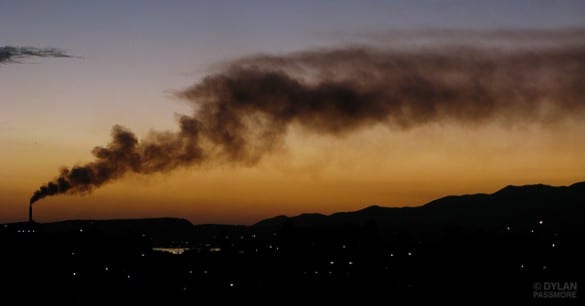 When Americans think about what keeps us healthy, we tend to focus on doctors, hospitals, and medicine, food, and exercise– the air we breathe is often overlooked. But dirty air is a widespread public health problem: according to a recent report from the American Lung Association, nearly half of all Americans live in places with unsafe air pollution. The website Vox has more:

Depending on the type of pollution, that can create a variety of problems. Short-term spikes in particulates (say, from a sudden surge in wood-burning during winter) can increase the risk of strokes or heart attacks. Long-term exposure to particulates (say, from living near a busy highway) can damage lung function or lead to asthma. And ozone (aka smog) can cause shortness of breath and increase the risk of lung infections.

Luckily, there was some good news for those of us who breathe: by a 6-to-2 decision, the Supreme Court upheld an Environmental Protection Agency rule regulating air pollution that drifts across state lines. This rule is expected to prevent up to 36,000 premature deaths, 23,000 nonfatal heart attacks, and 240,000 cases of asthma every year.

Also, this is just one of a bunch of clean air rules that have been proposed by the Obama administration’s EPA. Altogether, these rules could do as much to improve Americans’ health as Obamacare, but they have to make it through delays, court challenges, and opposition from powerful lobbyists (and sometimes the White House itself). We’ve been tracking these rules for a while now, and figured we’re overdue for an update on how things are going.

One of the problems with regulating air pollution is that air moves. Pollution generated by some states is carried downwind, making it hard for neighboring states to meet national clean air standards. Back in 1990, Congress has mandated a “good neighbor policy,” telling states to prohibit any source from adding “significantly” to pollution in other states. Sounds pretty straight-forward in theory, but in practice the EPA has struggled to implement it, since as Ruth Bader Ginsburg put it, writing for the majority in this decision:

Since the EPA couldn’t allocate precisely which particles of air pollution came from which source, in 2011 they proposed a cost-based formula– basically each state would have to eliminate the contributions to downwind pollution that are relatively inexpensive to eliminate. That was the approach the Supreme Court upheld on Tuesday, reversing an earlier decision by the D.C. Court of Appeals.

The new rule is particularly important for coal-powered utilities. It targets two specific chemicals: sulfur dioxide, which causes acid rain and soot, and nitrogen oxide, a component of ground-level ozone and a main ingredient of smog. Coal accounts for 98 percent of sulfur dioxide and 92 percent of nitrogen oxide released into the air by power plants, according to the EPA. Given the added cost of cleaning up coal emissions and the cheap price of natural gas, many utilities may simply close their coal plants altogether.

While the Supreme Court ruling is bad news for coal companies, it’s good news for public health. According to Richard Lazarus, a Harvard environmental law professor quoted by The Washington Post, it’s “one of the most significant rules ever“ adopted by the EPA, and the cost of carrying it out will be more than offset by the health benefits. Here’s a quick snapshot:

UPDATE: One of the dirtiest coal powered plants, which had warned of “immediate and dire consequences” from this rule, now says it can comply without increasing electric bills for customers.

The clean air transport rule isn’t the only major rule from Obama’s EPA targeting smog. In 2010, the EPA proposed setting new limit for ozone (the main ingredient in smog) at between 60 and 70 parts per billion– down from 75 ppb now. [It’s worth noting that the 60 ppb is the standard Europe uses now, and the World Health Organization recommends an even stricter standard of 51 ppb.] Research shows that tightening the standard could save as many as 12,000 lives a year.

Unfortunately, while ground-level ozone is one of the most dangerous air pollutants, it’s also the most widespread and pretty expensive to deal with. Estimates put the cost of the new rule at as high as $90 billion per year, depending on how strict the final standard is. And so, when last we checked on this one, President Obama had ordered the EPA to shelve the new standard, although he made a point of noting that the EPA was just going to revisit the ozone standard in 2013 anyways. In a statement, the President said, “Ultimately, I did not support asking state and local governments to begin implementing a new standard that will soon be reconsidered.”

That said, 2013 came and went, and the EPA still hadn’t “reconsidered” the ozone emissions standard, prompting the American Lung Association, Natural Resources Defense Council, and other groups to file in federal court, asking the judge to force the EPA to to require new ozone standards by December of this year, and finish them ten months later.

Boilers: In 2012, the EPA finalized a rule setting limits on mercury, acid gas, and particulate emissions from a small percentage of the nation’s industrial boilers. There are about 1.5 million boilers providing power and heat for refineries, chemical plants, factories, hospitals, universities, etc., but only 5,500 of the largest, dirtiest boilers will be affected. This rule will prevent 8,100 deaths and 52,000 asthma attacks annually– an estimated $12 to $30 in health benefits for every $1 the rule will cost to implement.

Home furnaces/boilers: Earlier this year, the EPA drafted a rule updating emissions standards from home wood furnaces and heaters for the first time in 25 years. If you happen to have a wood stove or furnace, don’t freak out: the proposed rule would only affect those made after 2015 and not those currently installed in homes, and also won’t cover fireplaces, fire pits, pizza stoves, or barbecues. According to the EPA, the reduction in heart attacks, strokes, and asthma as a result of the law will provide between $118 and $267 in health benefits for every $1 the rule costs to implement.

Sulfur in gasoline: In March, the EPA announced a rule requiring oil refineries to strip more sulfur from gasoline because it interferes with the ability of a car’s catalytic converter to remove tailpipe emissions that cause smog. USA Today reports:

The agency estimates this rule will help avoid up to 2,000 premature deaths each year and 50,000 cases of respiratory ailments in children, saving $6.7 billion to $19 billion annually in health care costs. Once fully implemented in 2025, it says they’ll add $72 to a car’s sticker price and two-thirds of a penny per-gallon to gasoline costs.

Startup Shutdown Malfunctions: The EPA is currently in the process of closing a loophole that’s let industrial plants release huge amounts of soot, in what are called “startup shutdown malfunctions.” The SSM loophole is a little too complicated for a short summary, so we highly recommend checking out Brentin Mock’s piece in Grist on how SSM releases particularly affect communities of color, and what the EPA is doing to stop them.

Next post: A recent study in Massachusetts shows that Obamacare could save thousands of lives