Warning: Use of undefined constant wp_cumulus_widget - assumed 'wp_cumulus_widget' (this will throw an Error in a future version of PHP) in /home/customer/www/whatifpost.com/public_html/wp-content/plugins/wp-cumulus/wp-cumulus.php on line 375
 Mitt Romney’s Medicaid plan: A quick primer
≡ Menu 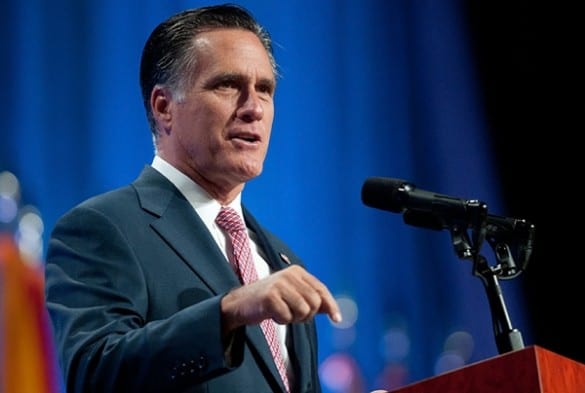 We’ve heard a lot about Mitt Romney’s plan to turn Medicare into a voucher program, but his plan for Medicaid would mean even bigger changes for that program. It would reduce federal Medicaid spending by a third– a cut so steep that states would likely have to drop coverage for millions of their poorest residents. With the stakes so high, we think it’s time for a quick primer on how Romney’s plan would work.

On his website, Romney lists three proposals that would have a major impact on Medicaid:

Let’s look at what each of those means.

Under the current system, the federal government picks up a percentage of each state’s Medicaid costs- anywhere from 50 to 73%, depending on how wealthy the state is. The feds pay that percentage no matter how much money Medicaid ends up costing in a state– it’s “uncapped.”

Under a block grant system, the federal share would be capped– instead of paying out a percentage of a state’s Medicaid costs whatever they end up being, the federal government would pay each state a pre-determined amount each year.

Proponents of block grants say they give states more flexibility in how they provide Medicaid coverage. Currently the federal government sets certain minimum eligibility requirements, and if states want to experiment with new ways to bring costs down, they often have to get approval first. Romney’s block grant system would eliminate many of these requirements.

However, as The Washington Post‘s Ezra Klein has pointed out:

3. Medicaid spending should be capped and increased each year by inflation + 1%

This is the most important part of Romney’s Medicaid plan. Simply switching to block grants wouldn’t be that big a change from the current system– in fact one state, Rhode Island, already gets its federal Medicaid funding from a block grant.

But Romney’s plan doesn’t just change the way states would get paid– it also drastically cuts federal Medicaid funding. Under his plan, the federal share of Medicaid spending would increase at the rate of inflation plus 1%– that works out to an annual increase of about 4% on average. By comparison, Medicaid spending currently has an annual growth rate of about 7%.

Three percent might not sound like a big difference, but it adds up, reducing federal Medicaid spending by about $100 billion per year by 2016. Combined with his promise to repeal the Affordable Care Act (which, remember, expanded Medicaid), Romney’s health plan would cut Medicaid spending by $1.26 trillion over the next nine years.

It’s hard to tell exactly how states would react to such a massive cut. Some might try to increase their own share of Medicaid funding, but most states are already strapped for cash. It’s more likely that they will cut benefits, cut people out of the program, or shift costs onto current Medicaid beneficiaries (who as we’ve pointed out before, are some of the poorest Americans)– probably some combination of all three.

The nonpartisan Commonwealth Fund recently tried to figure out exactly how many people would be uninsured under Romney’s and Obama’s health care plans. Even making some generous assumptions about how states would react, their study found that about 10.3 million people would lose coverage as a result of Romney’s block grants. An additional 33.9 million would be left without coverage if Romney were to repeal Obamacare.

Advocates for the poor, elderly, and disabled have argued that the effect of these cuts would be devastating, but the issue didn’t get much attention until former President Bill Clinton took the stage at the Democratic National Convention:

Clinton makes a good point. While block grants might give states more options (like the option to cut benefits and eligibility) many of the poor, disabled, and elderly will be left with no option for coverage.

UPDATE: For more on how the election could change Medicaid, check out this great primer from PBS.