Warning: Use of undefined constant wp_cumulus_widget - assumed 'wp_cumulus_widget' (this will throw an Error in a future version of PHP) in /home/customer/www/whatifpost.com/public_html/wp-content/plugins/wp-cumulus/wp-cumulus.php on line 375
 Hundreds of thousands of Americans are already thankful for Obamacare (really!)
≡ Menu

Hundreds of thousands of Americans are already thankful for Obamacare (really!) 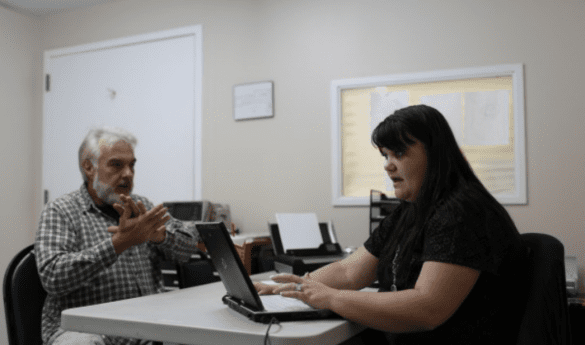 After a disastrous first month for the Obamacare marketplaces, November wasn’t looking much better: the federal marketplace is still frustrating most users, insurers are sending cancelation notices, and enrollment on the exchanges has been much lower than expected. But just in time for Thanksgiving (and potentially awkward debates with family members), we’re starting to see some good news. Even without a working website, many people have learned they’re eligible for Medicaid, thanks to the expansion. Also, remember that some states chose to run their own insurance marketplaces, instead of having the federal government do it– and in states where the website is working, Obamacare is working too.

People are enrolling in Medicaid

Those who are eligible for Medicaid coverage don’t have to go through the troubled healthcare.gov to get it– they can simply apply through their state’s Medicaid agency. Already nearly 400,000 people have learned they’re eligible for Medicaid. Even in states that didn’t expand the program under Obamacare, enrollment has been increasing, as people who had been eligible under the old guidelines, but just didn’t know it, sign up. For example, in North Carolina, a state that didn’t expand, 7,400 people still discovered they were eligible for the program. All together, the Medicaid expansion is expected to cover nine million more Americans next year.

And for those who volunteer at shelters and soup kitchens this Thanksgiving, here’s something to keep in mind: thousands of homeless people will be among the newly covered. The New York Times reports:

Housing advocates say they believe that the Medicaid expansion has the potential to reduce rates of homelessness significantly, both by preventing low-income Americans from becoming homeless as a result of illness or medical debt and by helping homeless people become eligible for and remain in housing.

“We really feel like this is the last piece of the puzzle that we need to end chronic homelessness,” said Steve Berg, the vice president for programs and policy at the National Alliance to End Homelessness […]

For homeless people, experts said, the Medicaid expansion will mean more consistent treatment for medical conditions, including alcoholism, drug addiction, chronic pain and depression. For states and cities, they said, it will mean a more effective safety net, and perhaps even a cheaper one.

People are getting private coverage

Sarah Kliff, at The Washington Post’s Wonkblog notes that while private plan enrollment figures from October were miserable, people are signing up at a much faster rate this month. Health policy researchers are calling it a “November surge”:

“The latest enrollment figures from the 14 states that are running their own marketplaces show that enrollment has climbed to at least 200,000 people nationwide,” Sara Collins and Tracy Gruber write today for the Commonwealth Fund. “This latest figure does not account for any new enrollment in the federal marketplaces in 36 states, which is also likely to have increased since early November.”

The Los Angeles Times reports that, thanks to this November surge, many of the states that are running their own websites are on track to hit their enrollment targets for 2014:

“What we are seeing is incredible momentum,” said Peter Lee, director of Covered California, the nation’s largest state insurance marketplace, which accounted for a third of all enrollments nationally in October. California — which enrolled about 31,000 people in health plans last month — nearly doubled that in the first two weeks of this month.

Several other states, including Connecticut and Kentucky, are outpacing their enrollment estimates, even as states that depend on the federal website lag far behind. In Minnesota, enrollment in the second half of October ran at triple the rate of the first half, officials said. Washington state is also on track to easily exceed its October enrollment figure, officials said.

Another surge is expected after Thanksgiving, before the December 23 deadline to sign up for coverage that starts January 1.

A healthy mix of ages is getting coverage

Another good sign from California: young people are enrolling. One concern about Obamacare was that the people who sign up for coverage would tend to be older and sicker, making the risk pools, well… riskier, and driving up premiums. But in California, 18-34 year olds made up 22.5% of the 31,000 Californians who enrolled in a health plan last month. This age group makes up 21% of the state’s population and 31% of its uninsured population. Peter V. Lee, the executive director of Covered California, released a statement saying, “Enrollment in key demographics like the so-called young invincibles is very encouraging.”

Even John Boehner got coverage!

One provision in the new law says that all members of Congress and their staffs have to get coverage through Obamacare. Republican Speaker John Boehner, who has led the opposition to the law in the House was able to enroll in a plan just 45 minutes after blogging about his “frustrating” experience on DC’s website. (And he might have finished even more quickly if his office hadn’t put the DC marketplace agent on hold for 35 minutes.) Before Obamacare, as a 64 year-old heavy smoker, Boehner might not have been able to purchase coverage at all on the individual market, but now he can actually get a pretty good deal on his plan.

So Obamacare can work… if the website is functioning

Now again, we should point out that these encouraging signs are coming from states where the websites are working. In the 34 states where the federal government is running the marketplace, enrollment numbers are much lower. Again from the Los Angeles Times:

For example, just 2,991 people successfully enrolled in health plans in Texas in October. That was fewer enrollees than in Kentucky, which has a sixth as many residents.

Still, the states running their own sites prove that Obamacare can work… if the healthcare.gov website is functioning for “the vast majority of users” by the end of the month, like the White House is hoping. The nonpartisan Kaiser Family Foundation’s president, Drew Altman, put it this way:

“We’re in a period of a terrible roll-out, but the performance of the pace-setting states should be a cause of optimism for supporters.”

Next post: How your Obamacare insurance subsidy is calculated (an advanced lesson)

Previous post: Everything you need to know about the plan to undo insurance cancelations