Warning: Use of undefined constant wp_cumulus_widget - assumed 'wp_cumulus_widget' (this will throw an Error in a future version of PHP) in /home/customer/www/whatifpost.com/public_html/wp-content/plugins/wp-cumulus/wp-cumulus.php on line 375
 How will new EPA regulations affect our health?
≡ Menu

How will new EPA regulations affect our health? 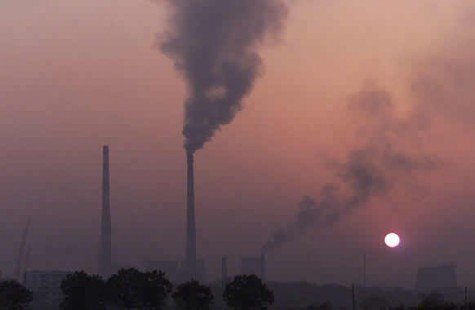 The Patient Protection and Affordable Care Act has been the biggest piece of legislation to come out of the Obama administration so far.  We’ve covered it extensively because it’s big, complicated, and important– providing health coverage to an estimated 30 million more Americans.

But amid all the hoopla surrounding health reform, the EPA has quietly been issuing regulations that will reduce unnecessary deaths and illness, in turn saving money on health care costs.  These regulations could turn out to be the most important step taken by the Obama administration to improve our health.

Here are some of the new regulations the EPA is proposing.

The EPA estimates that there are 200,000 boilers operating in industrial facilities, commercial buildings, hotels, and universities located in highly populated areas and communities across the country. Every year, each one of these boilers– which burn everything from coal to natural gas and oil to biomass–  spews up to 25 tons of toxins like mercury, lead, dioxins, formaldehyde, sulfur, hydrochloric acid, and soot into the atmosphere.

The new rule would set new limits on these toxic emissions, which the EPA estimates every year will prevent:

Estimated Cost: An estimated $9.5 billion upfront investment and an additional $2.9 billion every year for maintenance and upkeep.

Health Savings: Anywhere from $17 billion to $41 billion in medical costs every year.

Ozone in the upper atmosphere is a good thing- it keeps us from getting fried by UV rays.  But ozone closer to the ground is the primary ingredient in smog– it can damage your lungs if you breathe too much of it, leading to asthma, bronchitis, heart attacks, and premature death.

According to the Wall St. Journal:

In January, Ms. Jackson [Director of the EPA] said tightening the nation’s air-quality standard for ozone was “long overdue” and proposed setting the standard at between 60 and 70 parts per billion, down from 75 ppb now.  [It’s worth noting that the 60 ppb is the standard Europe uses now, and the World Health Organization recommends an even stricter standard of 51 ppb.]

The EPA had a 23-member panel of clean air experts examine more than 1,700 studies on ozone pollution. They found that tightening the standard could save as many as 12,000 lives a year.

Estimated Cost: Up to $90 billion, which includes new emissions controls that businesses would have to install; higher electricity prices as power plants switched to cleaner-burning but costlier fuels; and more frequent auto inspections.
Health savings and other benefits: Worth as much as $100 billion annually.

One of the problems with trying to regulate air pollution is that air moves. Pollution generated by some states is being carried downwind, making it hard for neighboring states to meet national clean air standards.

According to the EPA, this rule would protect public health by avoiding:

Cost: Direct costs to power plants of installing and operating pollution control equipment, would be about $2.8 billion annually.
Health savings: $120 to $290 billion worth of health and other benefits, every year.

Affected industries, predictably have complained that the EPA has underestimated the cost to industry.  For example, The Council of Industrial Boiler Owners released its own report claiming that the new rules would cost over $20 billion (over $10 billion more than the EPA estimate), and lead to thousands of job losses.  Nearly a hundred lawmakers also complained on behalf of business.  The EPA relented, and earlier this week asked for an extension until April 2012 to give them more time to figure out the best way to implement the new rules.

Meanwhile, the U.S. Chamber of Commerce has been leading the charge against the new ozone regs, saying that they had “strong concerns about significant negative impact on jobs and local economies.”  Industry put out its own study saying that the tighter standard would cost over $1 trillion dollars annually (ten times what the EPA predicted), and reduce GDP buy another $700 billion each year.

And so, even though the American Lung Association and the American Medical Association supported the new rules, the EPA announced that it was delaying its decision on whether or not to tighten the smog pollution standard for another 6 months.

By now, perhaps you’ve noticed a pattern.  Every time the EPA proposes a new regulation, industry lobbyists release their own studies claiming that, while the health benefits may be nice, the EPA is severely underestimating costs and thousands of people will lose their jobs as a result of the new regulations.

So who should you believe?  The temptation here is to throw up your hands and just choose sides based on your personal beliefs– if you’re a tree-hugging liberal hippie type you’ll go with the EPA’s estimate and if you’re a hard-nosed conservative tea partier you’ll accept whatever industry says.

But if you’re interested in the truth, you can look at what’s happened historically when the EPA introduces new regulations.  And what history shows is that:

Not only do industry lobbyists wildly overestimate the costs of proposed environmental regulations. More surprisingly, academic and government economists consistently do too—and for an equally surprising reason. When forecasting the costs of new environmental regulations, economic analysts routinely ignore a primary economic lesson: Markets cut costs through innovation. And innovation can be promoted through regulation.

For example, the Office of Management and Budget annual report to Congress detailing the estimated benefits and costs of federal regulations found that from 1999 to 2009:

For clean air and water regulations promulgated by the U.S. Environmental Protection Agency… the estimated aggregate annual costs range from $26 to $29 billion, while benefits range from $82 to $533 billion [PDF].

As for the case that environmental regulations would be a job killer, it’s worth examining what business said about the 1990 Clean Air Act Amendments:

A study sponsored by the U.S. Business Roundtable expressed “little doubt that a minimum of 200,000 (plus) jobs will be quickly lost, with plants closing in dozens of states. This number could easily exceed one million jobs — and even two million jobs — at the more extreme assumptions about residual risk.” In fact, in the eight year period following the 1990 Clean Air Act amendments, less than 7,000 total jobs were lost across the entire United States [PDF] as a direct consequence of the Clean Air Act, and, as noted above, many more jobs were created.

It’s been the same story on regulations for asbestos, benzene, CFC’s, cotton dust, halons (an ozone-destroying chemical), strip mining, sulfur (a major component of acid rain), and vinyl chloride– in each case industry’s estimates were at least double the actual costs (and sometimes as much as 20 times more).

But not only does industry have a history of wildly exaggerating expected costs, the EPA’s own reports tend to overestimate costs as well.

So at the end of the day, these three rules could:

Next post: Repealing reform: here’s what would happen (and it’s not good)