Warning: Use of undefined constant wp_cumulus_widget - assumed 'wp_cumulus_widget' (this will throw an Error in a future version of PHP) in /home/customer/www/whatifpost.com/public_html/wp-content/plugins/wp-cumulus/wp-cumulus.php on line 375
 House Republicans still don’t have a real replacement for Obamacare, so they’ve tried to Billy Madison one
≡ Menu

House Republicans still don’t have a real replacement for Obamacare, so they’ve tried to Billy Madison one 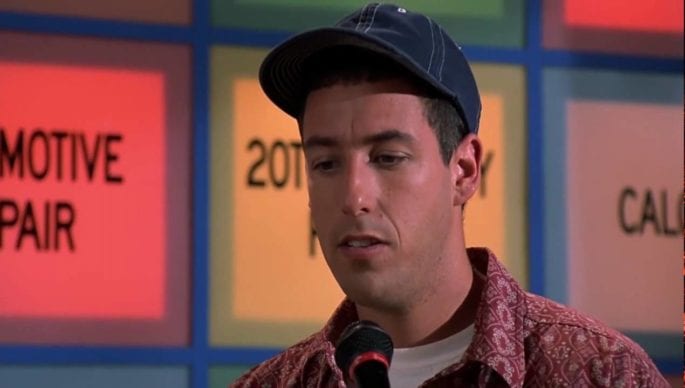 This has probably happened to everyone at least once in school: the deadline for a big paper or presentation was coming up and you hadn’t actually read the book or done the research. At that point, you basically had two options: (1) ask for an extension; or (2) use as many words as you could to present what little information you did have, hoping that the length would obscure the fact that you weren’t really saying anything. There’s a great example of this at the end of Billy Madison:

For six years, Republicans in Congress went the first route, asking for extension after extension on their long-awaited plan to replace Obamacare, always claiming they were going to release one “soon.” That only works for so long though, and with a presidential election coming up, they were starting to face awkward questions from voters and the media about the fate of the 20 million people who would lose coverage if the ACA were repealed.

And so, House Republicans have moved on to the Billy Madison approach. Last week, speaker Paul Ryan released what he called “a first-time-in-six-years consensus by the Republicans in the House on what we replace Obamacare with.” At 37 pages, it’s long enough that on first glance it looks like it could be an actual alternative to the ACA; but just like Billy’s “rambling, incoherent response” was missing “anything that could be considered a rational thought,” the GOP’s rambling, incoherent health reform plan is missing, well, a plan.

“The world was changing, and the puppy was getting… bigger”

For example, there’s an entire page on a provision to tax expensive health insurance plans (something Obamacare’s “Cadillac tax” already does by the way). Yet it doesn’t answer the most important questions: which plans would be affected and how much revenue would the provision would bring in?

Similarly, the Medicaid section proposes replacing the current system (where the federal government pays a certain percentage of all medical expenses for Medicaid enrollees) with either a fixed amount per enrollee or a fixed block grant for the entire state. It says that those amounts will be set at current funding levels, but will grow at a slower rate than Medicaid does now. However, it doesn’t say what the growth rate will be set at, which, again, is really the most important part– a much lower growth rate would mean a massive cut in federal funding in coming years. States would then have to raise their own taxes to cover the difference, drop people from the program, or (most likely) both.

The section on high-risk pools is one of the few to contain an actual dollar figure, which at first seems promising. High-risk pools are necessary because the Republican proposal apparently eliminates Obamacare’s community rating (the provision saying that people with pre-existing conditions can’t be charged more than healthy people). Instead it provides $25 billion to create high-risk pools that would cover people with pre-existing conditions; in these high-risk pools, premiums would be capped and there would be no waiting lists. Once again though, the key details are missing: who is eligible and what would the premiums be capped at? Answers to those questions are pretty important, since it’s hard to imagine how these risk pools could work with such little funding. Even a conservative economist at the American Enterprise institute believes that functional high risk pools would cost up $70 to $100 billion— four times what Ryan’s plan sets aside.

This portable payment – available at the beginning of every month – would be adjusted for age, ensuring older Americans receive more support, and would grow over time. Americans could spend this money to help offset the cost of purchasing a plan of their choice, rather than the current offering of expensive, one-size-fits-all, Washington-approved products. Given the increased flexibility in the insurance market, the new fixed credit would be large enough to purchase the typical pre-Obamacare health insurance plan – a level of support that better reflects the actual cost of coverage once states have the power to regulate plans at a more local level, rather than face costly federal mandates and regulations imposed by the President’s health care law.

There is almost no useful information in there. The document doesn’t say what the income cutoff for Medicaid would be, so we don’t know who would actually be using the tax credits. It doesn’t say how large the credits would be, just that they’d be enough for a typical pre-Obama health plan, and there’s no mention of how these credits would be paid for. It does sort of hint about the type of coverage people would be getting, when it mentions eliminating the ACA’s federal mandates and regulations. Those mandates and regulations set minimum standards for plans, meaning the coverage Ryan is proposing will likely be worse.

“I award you no points…”

To be fair, developing a real health reform plan is hard. As The Washington Post explains:

Developing a comprehensive alternative requires engaging in difficult trade-offs to balance the Republican goals of decreasing costs and deregulating the insurance market against a potential decline in coverage rates and the demise of popular Obamacare provisions such as ending insurer denials for “preexisting conditions.” It would also require submitting any proposals for a nonpartisan cost estimate from the Congressional Budget Office, potentially exposing significant long-term costs.

Since Republicans haven’t been able to agree on a plan that makes those difficult trade-offs for the past six years, they almost certainly weren’t going to do it during a presidential election year. What they could do though was use more words to describe things they’ve already proposed, and try to pass that off as the long-awaited plan. We may not be dumber for having read it, but we don’t know any more than we did before.

Next post: Which party is serious about tackling Zika? Probably not the one that refuses to cut short its summer vacation